The Spaniard scored an impressive free kick against Newcastle.

When Juan Mata and Jose Mourinho reunited at Old Trafford back in 2016, many feared for the future of the Spaniard after his issues with the manager back at his old club Chelsea.

When Mourinho returned for his second spell at Stamford Bridge, Mata remained on the bench for the majority of the season, with the manager preferring Oscar in his starting XI.

After struggling to get regular first-team football he found a reprieve at Old Trafford, and when the manager followed him to the Theatre of Dreams, the Spaniard was bound to be concerned.

However Mata has continued to go from strength to strength during his time at United, and under the manager he has made over 80 appearances, scoring 15 goals.

During his four years at United, the 30-year-old appears to have become a true Red, always backing the club, his teammates and the fans. After Saturday’s win over Newcastle he said:

“I’m very happy for the team, for us, but especially for the fans. They don’t deserve everything that is going on, so they deserve to see a team like today.” [M.E.N]

The Spaniard has always scored important goals and made vital assists for United.

In the era of Louis van Gaal many United fans will remember Mata’s brace, including a bicycle kick, against Liverpool which saw the Reds win 2-1. His performance earned him United’s Player of the Month for March and his second goal was voted as Premier League Goal of the Month. 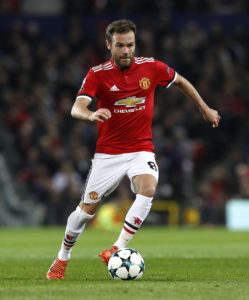 Mata has scored some important goals for United.

Mata also helped United to their FA Cup win in 2016, levelling the score line against Crystal Palace and has produced numerous impressive free-kicks, one of which against Newcastle over the weekend.

Whilst this season he may not have started every fixture in Mourinho’s starting XI, his performance in games such as the 3-2 victory over Newcastle shows fans why we need a player like Mata.

He is a hard worker, always darting around the pitch creating opportunities and has a great free kick at the end of his boot.

After his performance against Newcastle does Juan Mata deserve to start against Chelsea? #MUFC ⚽️🇾🇪

Surely having the ability to come off the bench and turn the game around is reason enough to start Mata against his old club Chelsea in United’s next Premier League outing?

Some fans are of the belief that if you play well you should start in the next fixture, and with Lukaku struggling to find the back of the net, giving him a rest and replacing the Belgian with Sanchez, sitting Mata behind the striker, could be a good option.

For all of the latest odds on United’s next fixture with Chelsea, click here

Whilst Mata may not have the quickest pace, the 30-year-old was a joy to watch on Saturday and proved that he has a great footballing brain paired with impressive ball control.

It would be a shame to see the Spaniard missing from Mourinho’s starting line-up, and with the chance of finding the back of the net against his old club, perhaps Mata could bring something special to the game for United?

Podcast: A Win Against Fulham, Valencia and Liverpool on the Horizon