The Eagles should not be underestimated after winning four of six unbeaten games across all competitions, including a home FA Cup win over Spurs and a 4-1 victory over Leicester at the weekend. Just prior to that run, they experienced a frantic 4-3 defeat at Anfield, while they’ve also beaten Man City at the Etihad and taken a point from ourselves back at Old Trafford since late November.

However, Palace have failed to register a win over us in 12 attempts across all competitions since returning to the Premier League ahead of the 2013/14 season, losing 10 of these games in total.

We’ve kept a clean sheet in eight of these, as well as our last four outings domestically under Ole Gunnar Solskjaer, while Roy Hodgson’s men have picked up more points on their travels this term than they’ve managed at Selhurst Park. 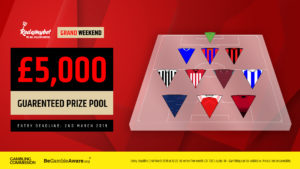 Indeed, based on a table of home results alone, the Eagles would be down in the bottom three. Their counter-attacking approach certainly suits them more on the road, where they can sit back and hit on the break rather than taking the initiative themselves.

However, we have enough pace in the team to negate the threat better than most when they break forwards, but we can expect to see a lot of possession in this clash and may have to be patient to find a way through.

The bruising encounter with Liverpool has left our squad on the short side, and though it was the defence that suffered heavily earlier in the campaign under Jose Mourinho, injuries are now curtailing Ole Gunnar Solskjaer’s options in midfield and attack.

Nemanja Matic, Ander Herrera, Juan Mata, Jesse Lingard and Marcus Rashford all appear set to miss out at Selhurst Park, while Anthony Martial is also a doubt, meaning the likes Scott McTominay, Andreas Pereira and Fred can expect some game, while Romelu Lukaku and Alexis Sanchez should have an opportunity to show that they belong at the club.

It’s not however all good news as far as the Eagles are concerned, with key centre-back Mamadou Sakho a slight doubt after a recurrence of a knee problem, while in-demand full-back Aaron Wan-Bissaka missed the win over Leicester with a hamstring issue.

Sakho in particular is a big loss, as Palace are W4-D1-L10 against ‘Big Six’ outfits when he’s started since joining the club in January 2017, and just W1-D1-L7 when he’s been missing, with Palace both scoring less and conceding more in his absence.

How United can cope with their injury crisis

Palace are a dangerous team to face, especially in reduced circumstances, but their own problems in defence leave us confident we can outgun them regardless.

Indeed, the Eagles have lost five of six winless games at home against top eight sides so far this term, suggesting that while they’ll put up a fight, they’ll come away pointless in the end. 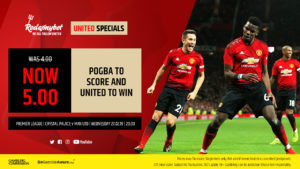