Ben takes a look at some of United's past meetings with Valencia.

As Manchester United prepare to host Valencia in their first home game in the Champions League competition, fans will be desperate to see United get a win at Old Trafford.

Despite the issues both on and off the pitch, a Champions League fixture is a great opportunity for the Reds to rally and prove that despite some disappointing results, they are still able to produce a good performance on the big stage.

United have only won two of their eight games against Valencia, including five draws and one loss.

The first game between the two sides was in 1982 when they met in the UEFA Cup and ended in a 0-0 draw. Just two weeks later in the return leg, Valencia recorded their first and only win against United as they beat the Reds 2-1. Despite a Bryan Robson goal, United were unable to avoid defeat.

After the success of a certain 1998/99 campaign, the Reds crashed out of the Champions League in the knockout phase the following season. However, before they lost out to Los Blancos, the Reds tasted victory over Valencia in the second group stage. 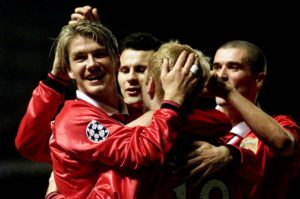 By half-time the Reds were already winning 1-0 thanks to a Roy Keane goal, which Ole Gunnar Solskjaer and Paul Scholes added to, ending the game in a 3-0 victory at Old Trafford.

United stole a 1-0 victory courtesy of an 85thminute goal from Javier Hernandez at the Estadio Mestalla. The second group game was yet another draw with goals from Anderson and Valencia’s Pablo Hernandez. 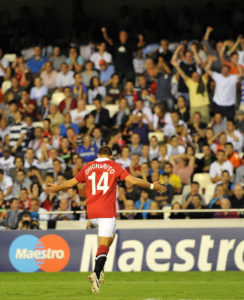 Let’s hope tonight’s game isn’t as quiet on the goal front as the majority of the previous meetings and we will see some excitement on the pitch. Jose Mourinho along with players and fans will be looking to return to winning ways this evening, and what better way to boost morale than a win on a Champions League night?

Could Mourinho’s problem be solved by Maguire?