For some Manchester United players, this pre-season will be about making a point, like Luke Shaw. For others, like Tahith Chong, Angel Gomes and Ethan Hamilton, it will be a chance to make an impression.

But for Andreas Pereira, United’s summer tour of the United States will be a way to wriggle his way back into Jose Mourinho’s good books.

Last summer, after having failed to sign Ivan Perisic from Inter Milan, Mourinho planned to incorporate Pereira into his first-team plans at Old Trafford.

However, Pereira instead sealed a season-long loan move to Valencia, infuriating the United boss. Now, having returned from the Mestalla, the 22-year-old midfielder is hoping to impress Mourinho and re-establish himself as a United player ahead of the new season.

Here, our friends at Football Whispers look at how Pereira may factor in the 2018/19 season.

Vying for minutes at Valencia 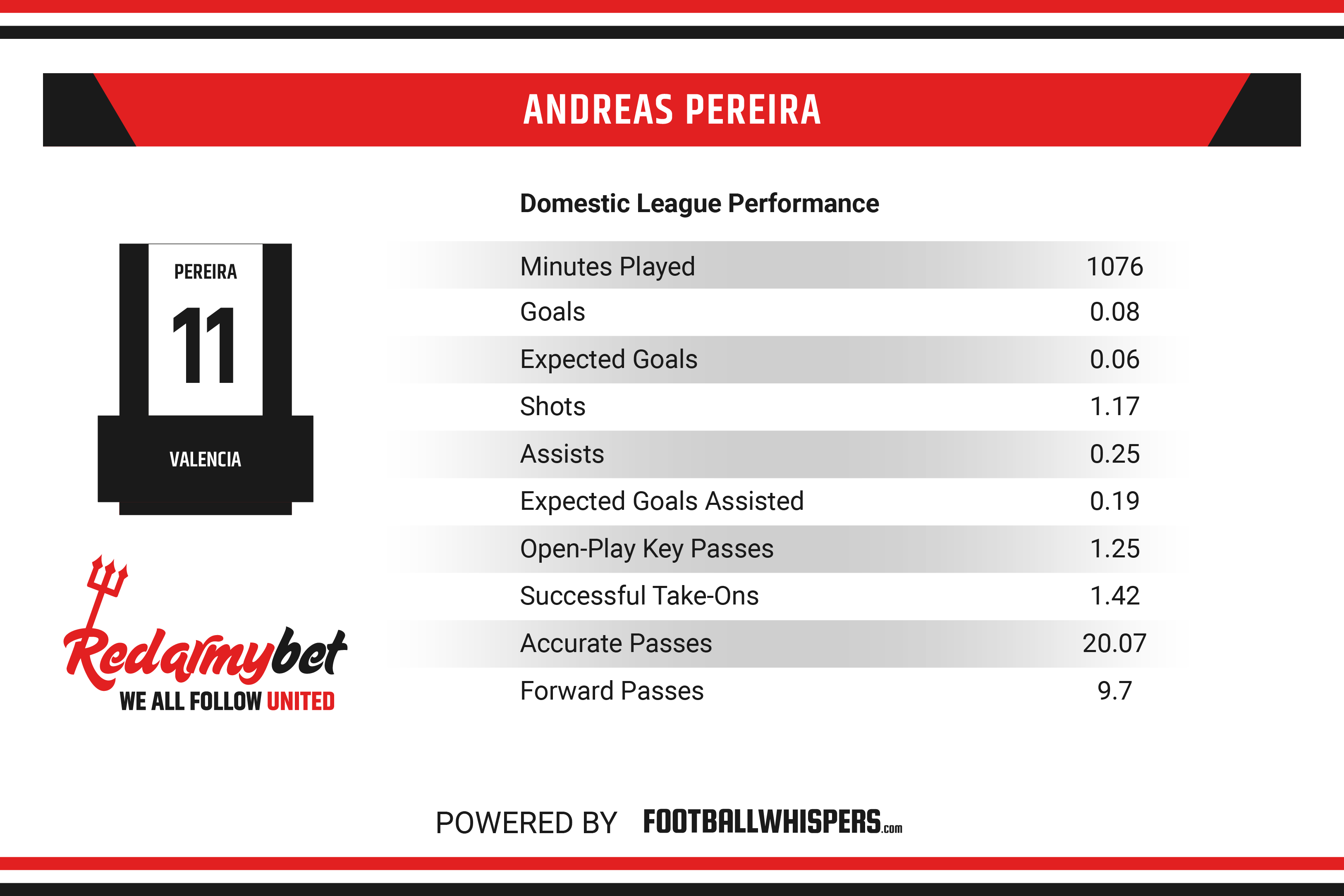 Having impressed for Granada during the 2016/17 season, Pereira joined Valencia on transfer deadline day last summer.

The Belgium-born playmaker was frustrated with having been left out of Mourinho’s first five Premier League matchday squads and felt he would get more first-team opportunities at Los Che.

And he did. Just a week after joining, Pereira started on the left flank for the visit of Atletico Madrid to the Mestalla. Unfortunately, the Brazil U23 international was unable to make an impact before being subbed off after an hour.

Reckon United will claim title No.21 this coming season? Back them at 13/2

He did, however, notch an assist in the 1-1 draw with Levante a week later, offering a glimpse of the quality he possesses from wide areas with a pinpoint cross for Rodrigo.

Pereira went on to add three more assists during his second season in Spain – all of which came from the right wing – but only managed one goal, albeit a screaming right-footed drive to wrap up Valencia’s 6-3 win over Real Betis.

There were struggles too. Pereira found himself out of favour at times under Marcelino, who often deployed Carlos Soler on the right of midfield with Goncalo Guedes on the left. In total, Pereira made 29 appearances but only 15 of those were starts. 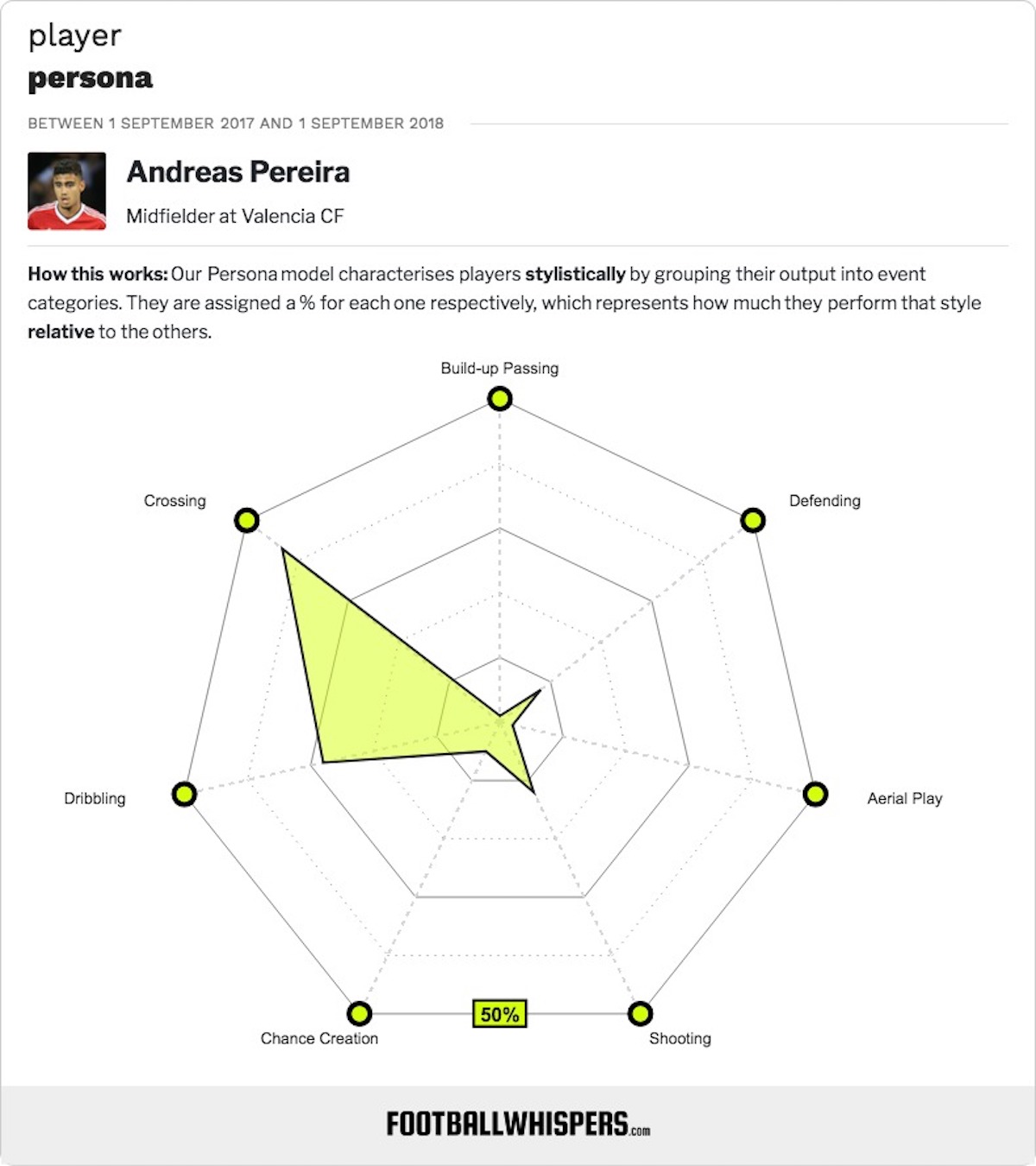 Injury played its part, however. Pereira’s progress was curtailed following a wild tackle from Barcelona’s Sergi Roberto during the Copa del Rey semi-final at the Camp Nou, which forced the United starlet to miss seven weeks of action.

From there, Pereira struggled to get going once again. He did not make an impact in the two games he started in late April, against Getafe and Celta Vigo, and, with Valencia chasing Champions League qualification, some began to question the player’s attitude.

Of course, Pereira’s pace and flair may have helped him stand out at Granada in an admittedly poor team which finished rock bottom of La Liga. At Valencia, where the expectations are significantly higher, Pereira struggled to convince on a consistent basis. 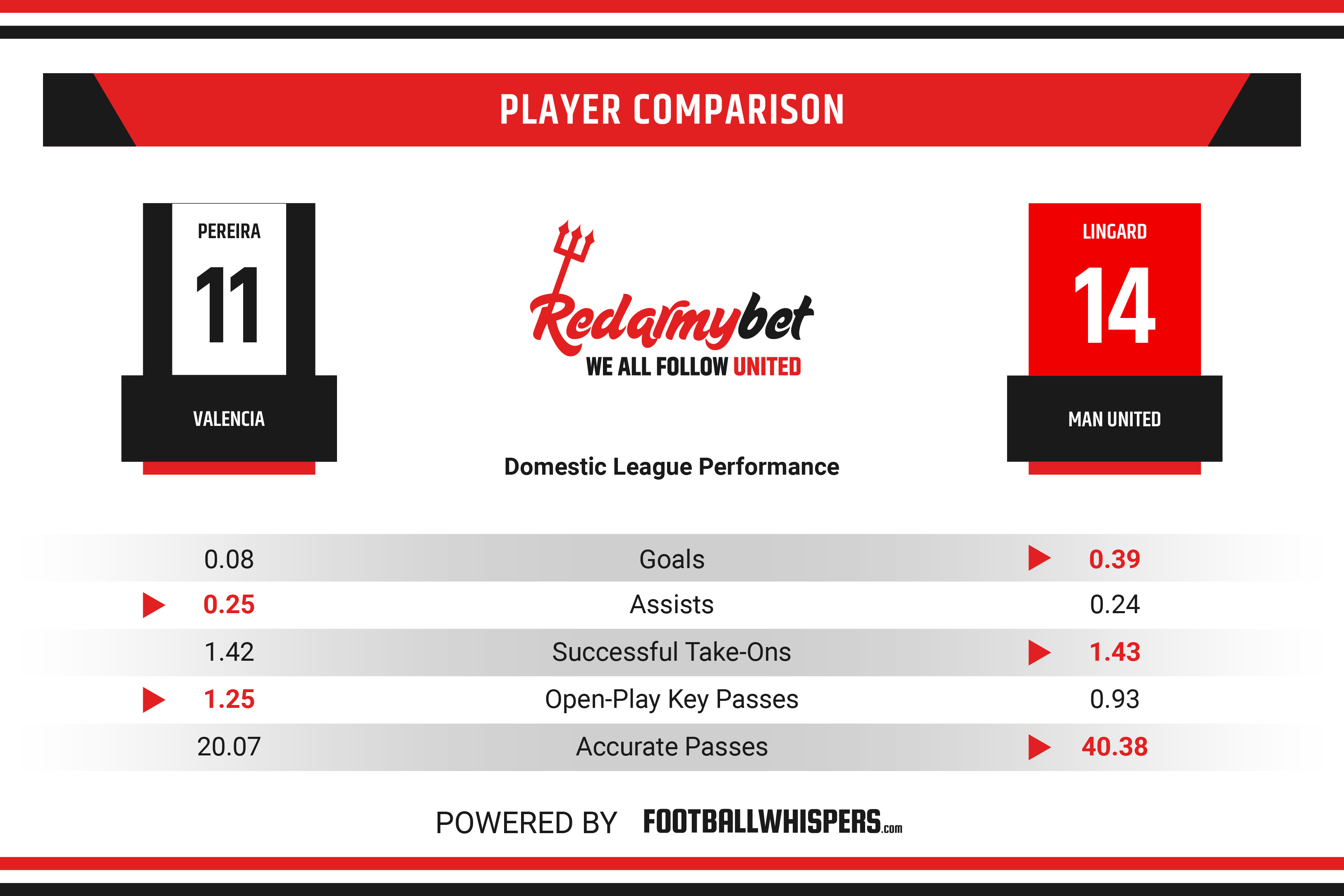 There were flashes of his undoubted quality but, while injury hindered the latter stages of his loan spell, the consensus seems to be that he was comfortably outshone by Guedes, who made a considerable impact on loan from Paris Saint-Germain.

His fortunes on the east coast of Spain were mixed but Pereira returns to United with renewed hope that he can stake a claim for a starting berth under Mourinho having held a frank discussion with the Portuguese coach.

It’s possible Mourinho mentioned Scott McTominay during that discussion. Following Pereira’s departure to Valencia, the young Scot broke into the first team at Old Trafford and attracted praise for his steady, mature performances in central midfield.

Fancy United to be a shoo-in for a top-six place in the Premier League this coming season? Back them at 2/35

The 21-year-old went on to make 13 Premier League appearances, even being given the nod ahead of Paul Pogba on occasion like against Liverpool in March. While McTominay certainly seems to be on the right trajectory as a long-term heir to Michael Carrick, Pereira’s place in United’s future is less certain.

Clearly talented, his attitude was questioned at Valencia. Louis van Gaal was another left unconvinced by the youngster, with the Dutchman effectively freezing Pereira out of first-team matters.

That did not deter Pereira and it says something that the club have retained him while they sold Adnan Januzaj.

However, with several of United’s key players missing from the pre-season squad following their World Cup exertions, Pereira has a chance to catch the eye out in America and force his way into Mourinho’s plans, with the new Premier League season only four weeks away.

Pereira is in charge of his own destiny. Impress this summer and 2018/19 can be his breakthrough season at United.