We break down the key battle between Pogba and Hazard that will decide United's FA Cup showdown at Stamford Bridge on Monday. 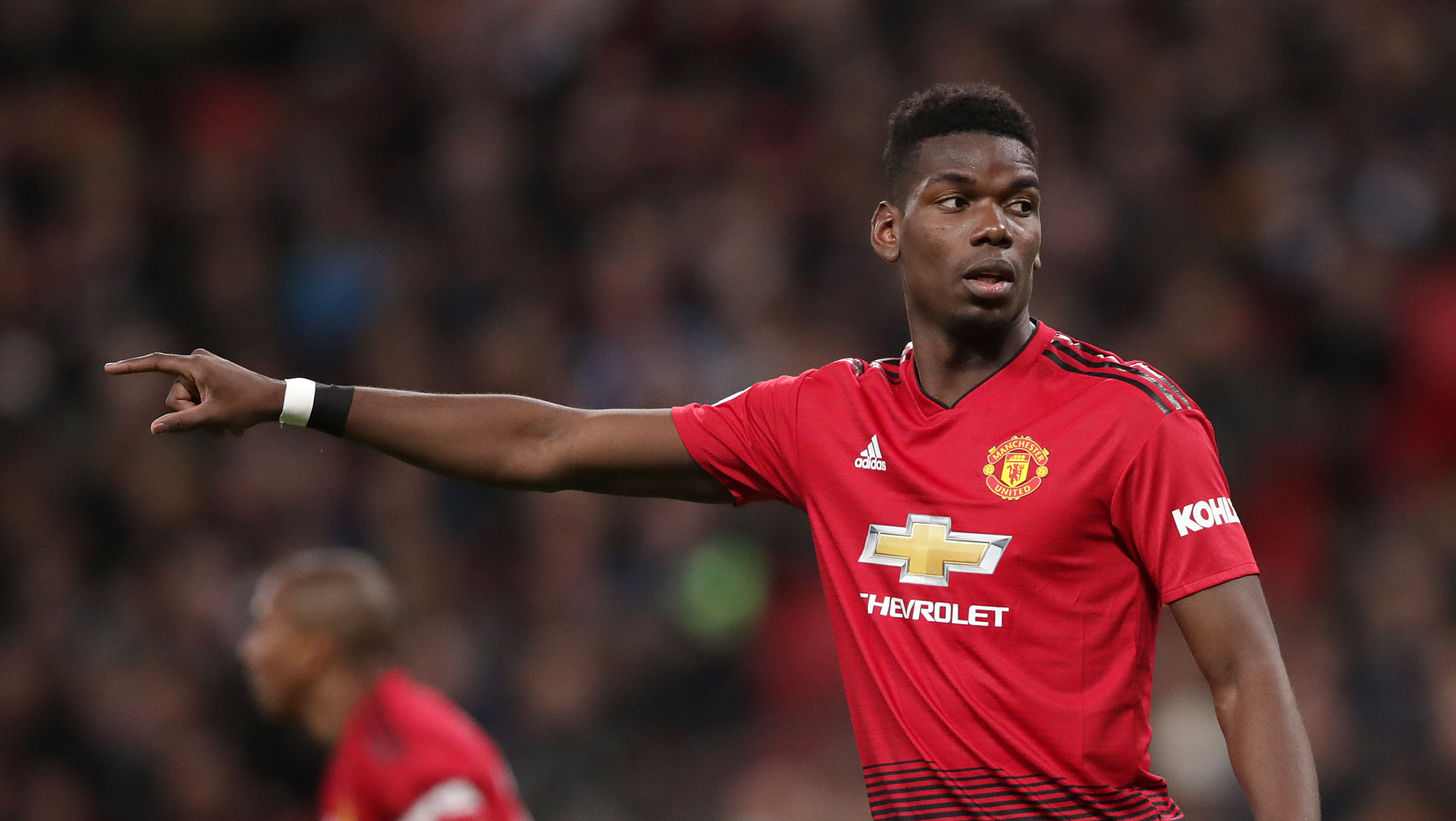 Manchester United’s unbeaten run may have come to an end with Tuesday’s 2-0 Champions League defeat to Paris Saint-Germain at Old Trafford, but the Red Devils should still go into Monday’s FA Cup fifth-round showdown against Chelsea at Stamford Bridge confident of progressing.

United’s high has been dampened ever so slightly. Ole Gunnar Solskjaer has reinvigorated the club following his appointment as caretaker manager after Jose Mourinho’s sacking in December, unbeaten in his first 11 games. And although the loss brought a reality check of sorts, the 20-time champions remain in finer health than their hosts on Monday.

Chelsea picked up a 2-1 victory over Malmo in the Europa League on Thursday evening, but the Blues are still reeling from a 6-0 demolition at the hands of champions Manchester City at the Etihad last weekend.

United are 3.60 to beat Chelsea at Stamford Bridge*

It was their second embarrassing reverse in the space of three weeks, having been thumped 4-0 by Bournemouth in their previous away fixture. And recent inconsistency, coupled by United’s stellar league form of late, has seen Maurizio Sarri’s men slip from fourth to fifth in the Premier League, leapfrogged by United.

United will be aiming to avenge their loss to Chelsea in the FA Cup final last season when they travel to west London on Monday evening, where defeat for the Blues would heap further misery and pressure on Sarri.

It is likely the game will swing in the favour of whichever side is able to get their star player performing to their best. 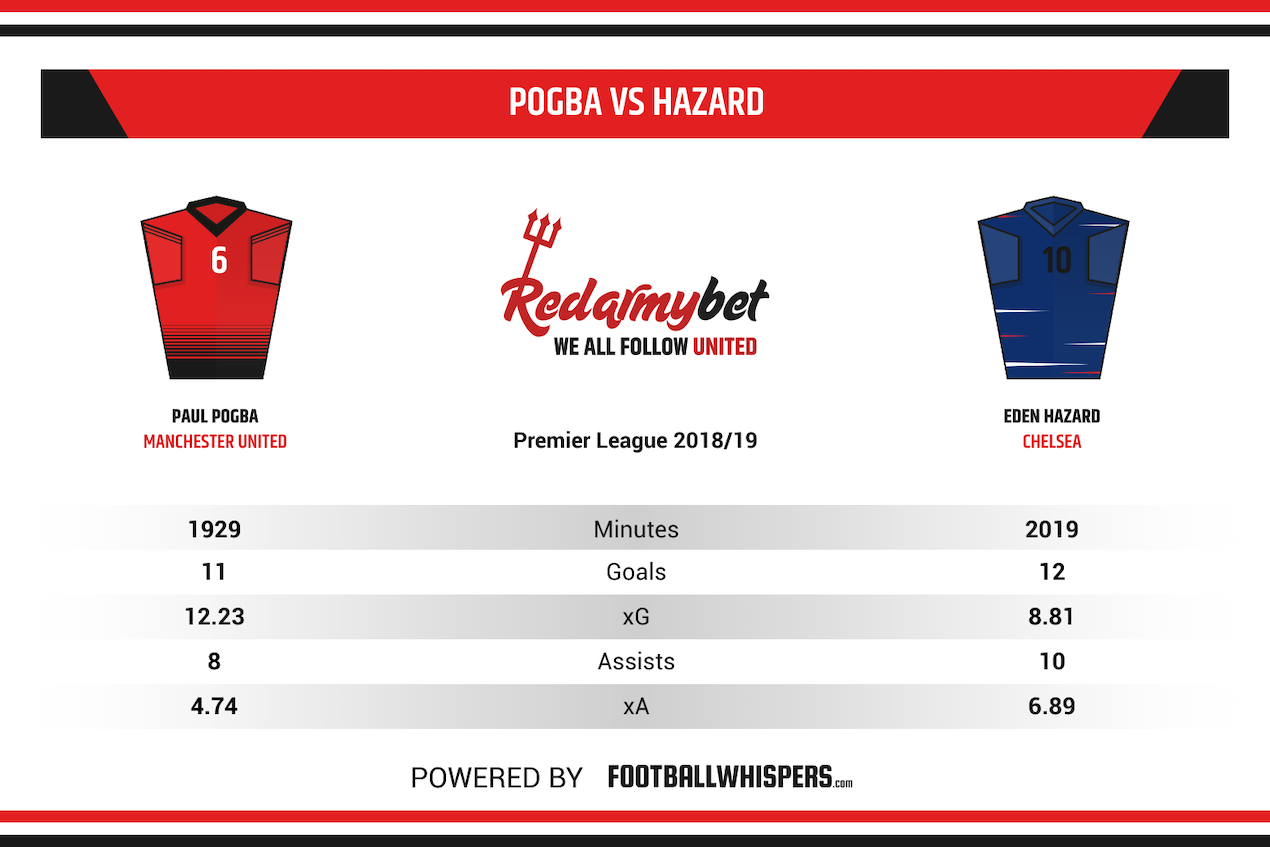 Both Eden Hazard and Paul Pogba are on course for standout seasons in terms of their productivity. Hazard’s ten Premier League assists already this term leaves him just one short of his best return as a Chelsea player, when he registered 11 in his first campaign with the club, while his return of 12 goals is just four short of his previous high mark with the Blues, the 16 he bagged in the 2016/17 title win.

It’s a similar story for Pogba. The Frenchman has bagged 11 league goals from midfield this term, the best return of his career, and his eight assists has him on course to eclipse the ten he registered with Juventus in his final season in Italy, his current creative record.

However, the two players’ recent fortunes have differed. Hazard began the current campaign brilliantly, scoring seven goals and providing two assists in his first eight Premier League appearances, leading to Sarri hailing the Belgian as the best player in Europe.

The 28-year-old, who will be out of contract at the end of next season, has not been as consistent since. After scoring and assisting in a 3-0 win over Southampton on October 7, he went seven league games without a goal and has just three strikes to his name in his last ten all-competitions outings.

Pogba’s season so far can be split into two distinct periods: before Mourinho was sacked, and after Solskjaer arrived.

Evidently unhappy under the Portuguese former United boss earlier this term, Pogba was dropped from the starting line-up for Mourinho’s final games in charge.

Rejuvenated and liberated by Solskjaer, Pogba has scored an incredible eight goals and provided five assists in the nine Premier League games the Norwegian has overseen. Indeed, since Solskjaer’s appointment in late December, Pogba’s average for combined goals and assists per 90 minutes is higher than that of Lionel Messi and Cristiano Ronaldo.

As they battle for the final Champions League-qualification position in the Premier League this season, FA Cup success could also carry great weight for both Sarri and Solskjaer, ensuring either remains in their position beyond the end of the current season.

The key to making it through to the quarter-finals lies in how each manager is able to get the best out of their most talented player on Monday night.