RedArmyBet brings you the Darts Premier League preview for week 16 in Leeds with the latest betting tips and enhanced odds.

Peter Wright was hammered 8-1 by Michael van Gerwen last week, his eighth defeat from 15 Premier League matches, which includes just two victories. For the whole year, Snakebite has won just 57% of his matches and in his defeat to Gerwyn Price earlier in this competition, he only average 88. The Welshman had to settle for a draw in a fiery encounter with Daryl Gurney last week, but he’s still got plenty to play for just a point off the play-offs. With a 72% winning percentage in 2019, he looks a generous price to beat an out of form Wright.

Michael Smith went down to James Wade last week, meaning it’s just three wins in 15 PL encoutners for Bully Boy. Daryl Gurney, meanwhile, picked up a point and his play-off hopes are still very much alive. Superchin has been the far more consistent player this year, winning 66% of his matches compared to Smith’s 59%, while he also won their previous meeting in this competition and can be taken to do so again. 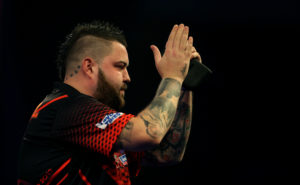 Michael van Gerwen has won nine of his 15 Premier League matches this season (60%), so looks a little skinny against 4th place Mensur Suljovic. Indeed, the Green Machin was knocked out at the quarter-final stage in Germany at the weekend, while in his last meeting with Mensur Suljovic, he only won 7-5. The Austrian has won just two matches fewer than MVG and despite going down to leader Rob Cross last week, he threw a healthy 98.59 average.

This should be a really tight encounter between to in-form players. The market has Rob Cross as slight favourite and as he’s won 10 matches to James Wade’s six, and averages 99.48 compared 97.25, so it looks about right. The Machine has a better win percentage in 2019 – 75% to 71% – but that doesn’t take into account the strength of the opposition. The head-to-head record is also tight, 6-5 in Cross’ favour, and so we’ll have a speculative bet on the draw, as Wade has shared the spoils more than any other player in the league.