The changes Solskjaer has made are reflected in Rashford's performances.

With a club-record seven wins from his first seven games in charge, Ole Gunnar Solskjaer couldn’t have dreamed of a better start to his spell as Manchester United’s caretaker manager.

Brought in to steady the ship until the end of the season after Jose Mourinho’s sacking in December, the appointment of the former Old Trafford hero was designed to lift spirits ahead of a permanent manager being installed in the summer. A dramatic uptick in results would have been an unexpected bonus.

But, having won all six of his Premier League games in charge, the latest of which a 2-1 victory over Brighton & Hove Albion at home on Saturday, the Norwegian has dragged United back into contention for a top-four finish. And no individual better symbolises the fine work of the new boss than Marcus Rashford.

The 31-cap England forward burst on to the scene as a raw 18-year-old in 2016, fearless in grasping his senior opportunity and looking destined to become one of the finest strikers in the land.

However, almost three years on from his two-goal debut against Midtjylland in the Europa League in February 2016, Rashford’s rapid development had stalled as he flitted in and out of the team and spent the majority of his playing time wide on the left flank.

Finally, though, under his fourth boss since making the jump up to the first team, the England international has the perfect manager to help him grow and to nurture him in what most consider to be his natural position as a central striker.

Although not always a guaranteed starter, Solskjaer was regarded as one of the deadliest finishers in the Premier League during his 11 years as a player at United. In all competitions, he scored 126 goals in 366 between 1996 and 2007. 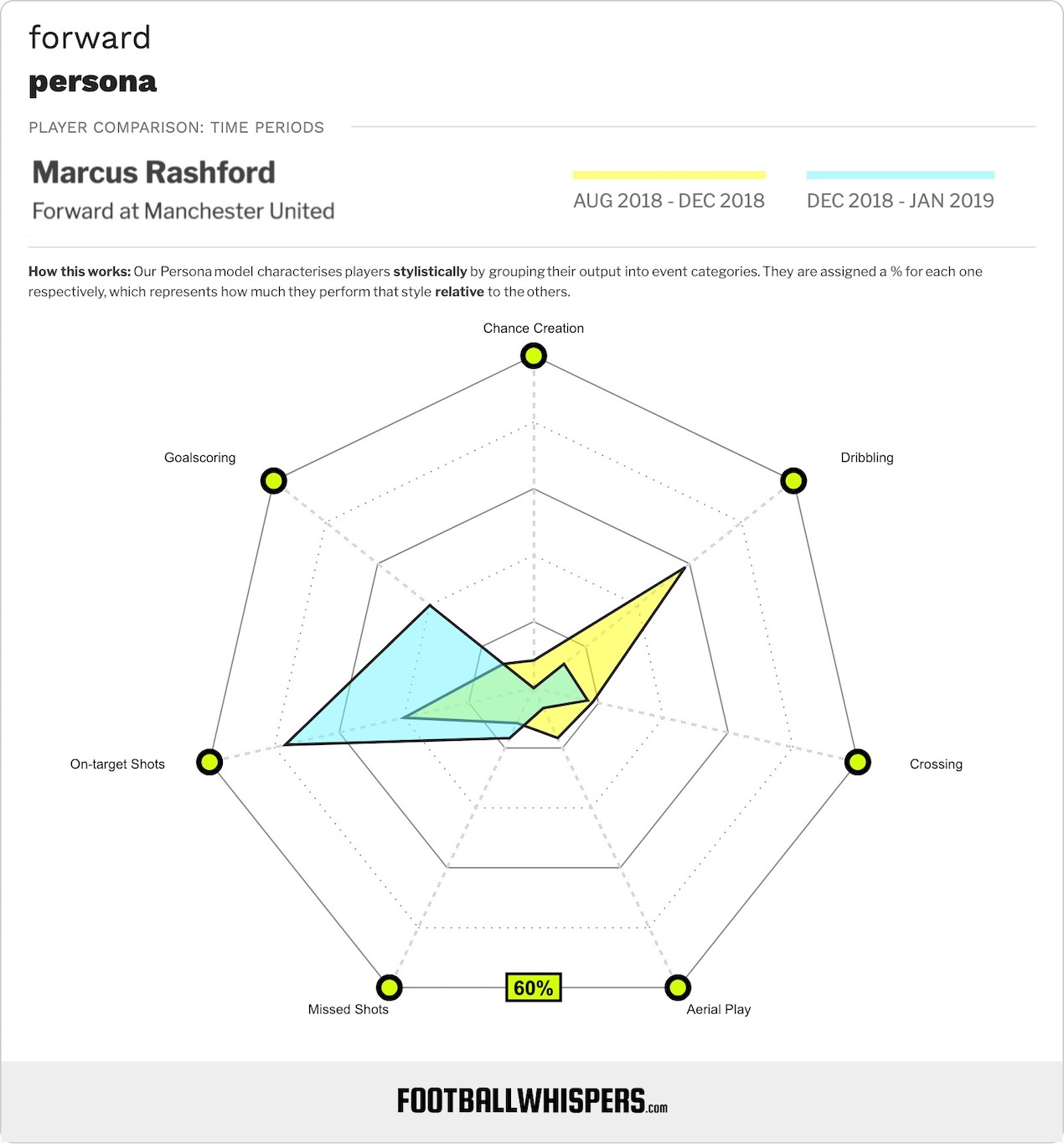 In the six league games since Solskjaer arrived, the 21-year-old has scored five goals. His previous five league strikes had come over a spell of 36 appearances.

The clinical touch in front of goal Rashford demonstrated in his early outings under Louis van Gaal appeared to have deserted him over the last two seasons, with the youngster’s finishing becoming erratic and unreliable – there were instances of superbly taken goals, but also regular cases of hesitation and a lack of composure seeing him fire high and wide or straight at the goalkeeper. 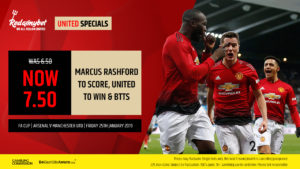 It appears he is now profiting from the kind of one-one-one coaching absent under previous managers, with Solskjaer known to have worked closely with the forward, specifically on his finishing, instructing him to “pass the ball into the net”.

Rashford is also, along with a rejuvenated Paul Pogba, the biggest beneficiary of the clear tactical plan Solskjaer has implemented. United now seek to attack at every opportunity, and the manager has prized pace and skill in the forward positions above any concerns Mourinho may have had about how individuals performed without the ball.

Rashford is 67.00 to be the Premier League’s top scorer this season*

Front and centre of this new-look United attack, Rashford has silenced those who doubted whether he possessed the killer instinct required of a top-level striker. Freed from the shackles of his previous winger’s remit, he threatens in behind, links with colleagues and finishes coolly.

“The more you score the more you believe you are going to score,” Solskjaer said after the Brighton win, speaking of the area in which he has made the biggest impact on Rashford and the United squad as a whole: the restoration of confidence.

“The more you score the more chance you have of being confident, running into the same positions. The way he works during the week is fantastic because he practises a lot.”

Under Solskjaer, United are a thrill to watch and, crucially, the players are evidently enjoying themselves again. None more so than Rashford.