Which of the two young superstars will come out on top on Tuesday night?

When the draw for the last 16 of this season’s Champions League was first made, few gave Manchester United much hope of progressing at the expense of French champions Paris Saint-Germain.

But, with Jose Mourinho having been replaced by Ole Gunnar Solskjaer and unbeaten in 11 games since, United are now the ones with momentum on their side. And with PSG stars Neymar and Edinson Cavani ruled out by injury, the odds in the Premier League champions making it through have tumbled.

Even with Neymar and Cavani out, though, the Parisens still have several key players United will have to be wary of, and none more so than 20-year-old sensation Kylian Mbappe.

Mbappe only turned 20 in December but he has already achieved more than most players could ever hope to in their entire career.

A Champions League semi-finalist and Ligue 1 winner while just 18 with Monaco, Mbappe retained the French top-flight title after a switch to PSG in 2017 and added a World Cup winners’ medal to his collection with France last summer.

Rashford is 6.35 to be first scorer in United vs PSG on Tuesday*

Last summer also saw his loan move to PSG become permanent, making the youngster the second most expensive player in football history, with his £160million transfer trailing only team-mate Neymar’s £198million move from Barcelona in 2017.

On an individual level, Mbappe was recognised as the hottest talent in the game in 2017 when he received the Golden Boy award. He came fourth in the running for last year’s Ballon d’Or and has scored 47 Ligue 1 goals in just 85 games. 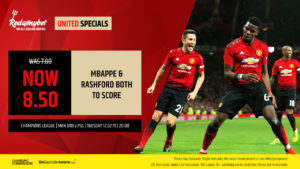 Put simply: Mbappe is a prodigal talent on course to be remembered as an all-time great by the time he hangs up his boots many years from now. With his pace, lethal finishing and unshakable confidence, the French forward is a frightening prospect for any opposition.

But United have a young star of their own in Marcus Rashford.

The Wythenshawe native burst on to the scene in February 2016, under the tutelage of former United boss Louis van Gaal.

After impressing as a central striker with his coolness in front of goal, speed and fearlessness, the England international has spent much of his subsequent senior career confined to the wing.

Since Solskjaer took charge at Old Trafford, though, the 21-year-old has been restored to his favourite centre-forward position and has repaid his new manager’s faith with six goals and an assist in eight starts. 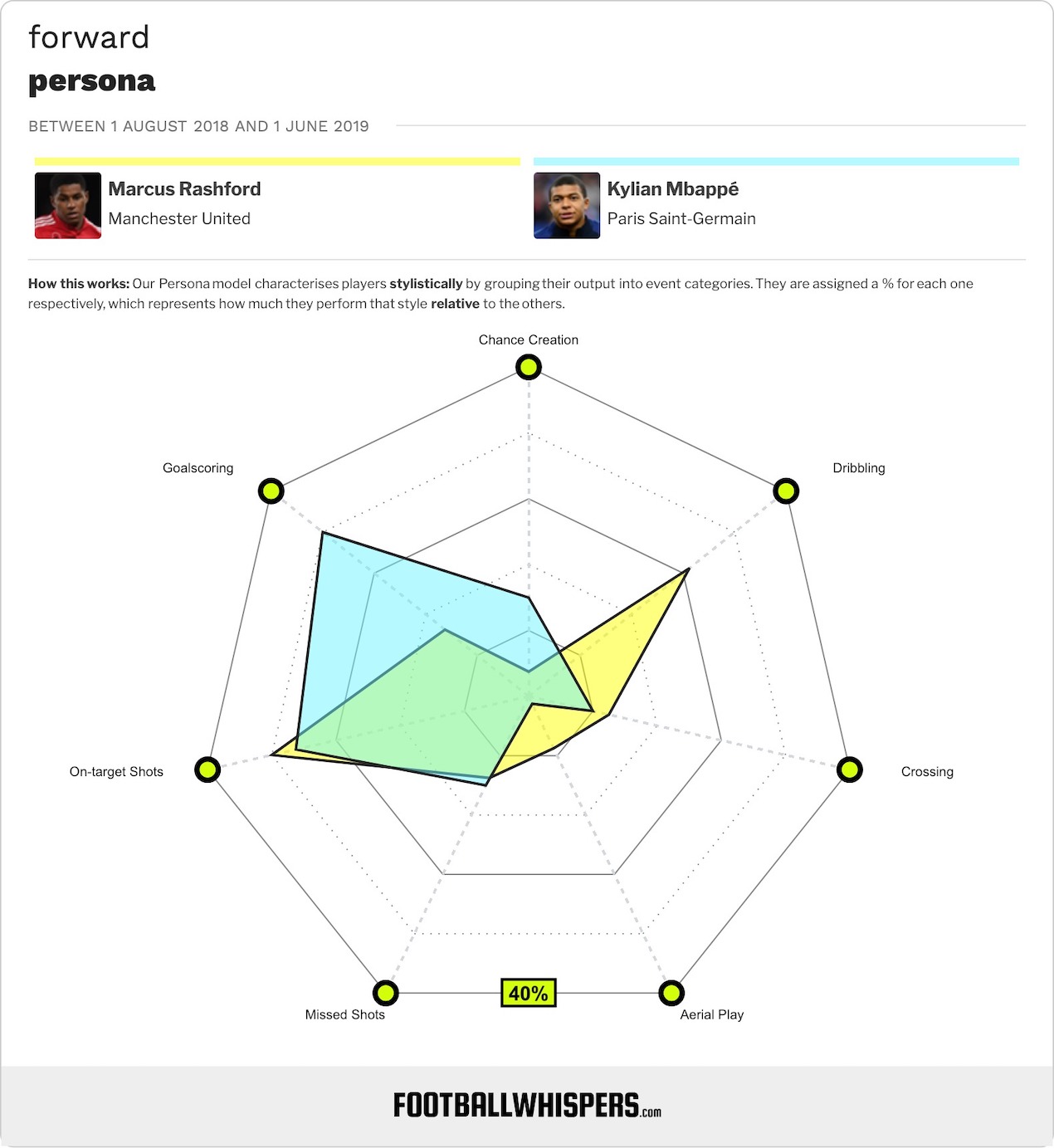 That has taken Rashford’s Premier League goals return for the season to nine, but that still leaves him way behind Mbappe’s Ligue 1 haul, with the Les Bleus star plundering 18 goals already this term.

Of course, Mbappe’s goal threat is aided by the fact that he is playing within a dominant, expensively assembled side in an arguably weaker league than the English top flight.

In terms of creativity, it’s a dead heat, with six assists apiece. However, the two players’ expected assists (xA) – a statistical measure of the quality and frequency of chances a player creates – average suggests Mbappe is a more consistent provider, with 0.29 xA per 90 minutes to Rashford’s 0.22.

With both set to lead the line for their respective sides in a battle for a place in the Champions League quarter-finals, and with Neymar and Cavani missing out, Rashford has the chance to show the world he deserves to be regarded in the same bracket as Mbappe.