Retro Red: Manchester United come from two down to beat Barcelona in 1984

Red Army Bet looks back at some of the most memorable meetings between Manchester United and Barcelona. 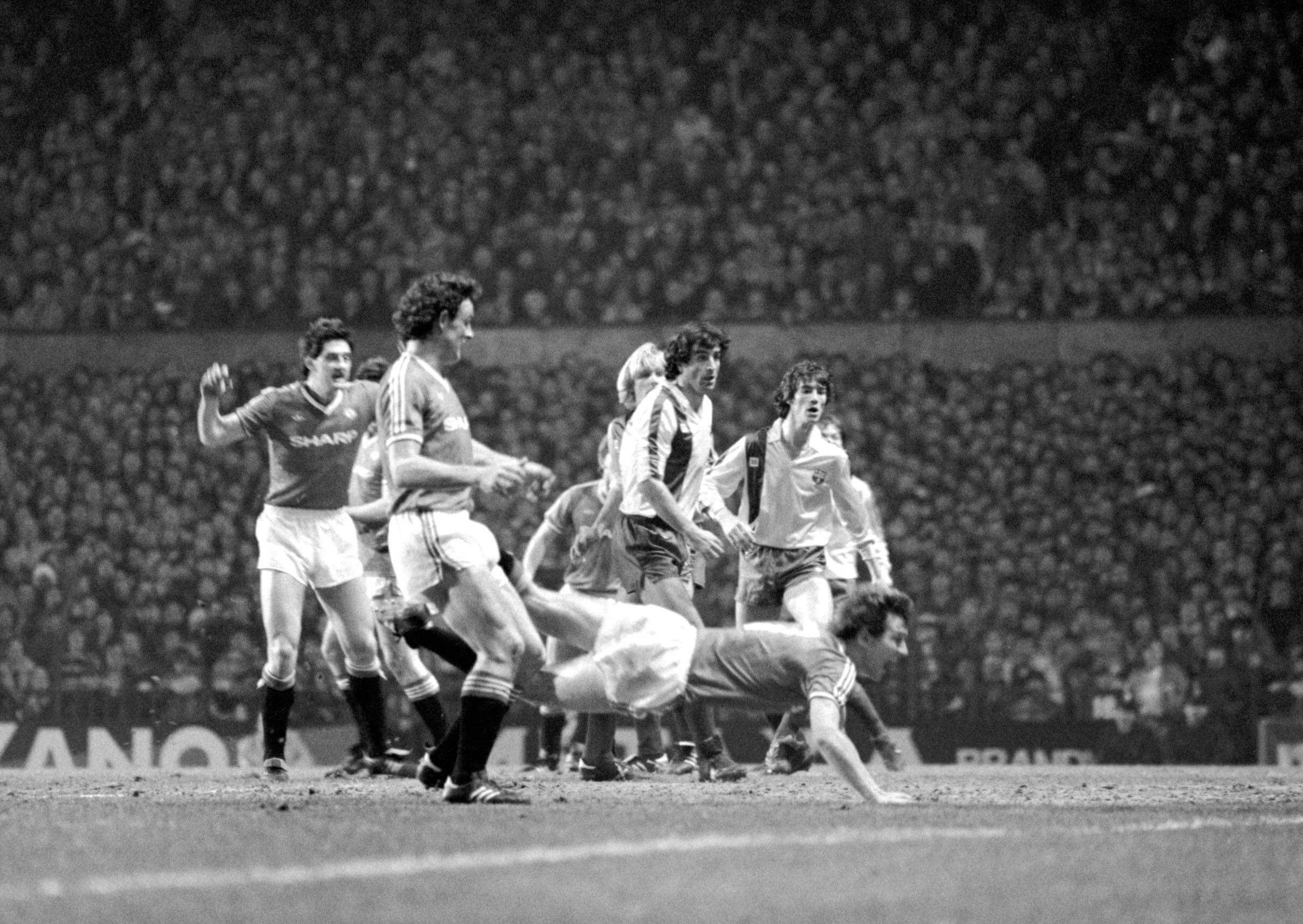 Manchester United’s European Cup Winners’ Cup quarter-final second leg against Barcelona is still talked about as one of the greatest nights ever witnessed at Old Trafford.

When Manchester United took to the field on March 21 1984 to face the mighty Barcelona they knew that if they were to progress to the European Cup Winners’ Cup semi-final they would have to do something that no other team had done before and the odds were stacked against them.

Having lost 2-0 in the Nou Camp courtesy of a Graeme Hogg own goal and a thunderbolt from Juan Carlos Rojo, few of those inside Old Trafford that night gave United a chance to turn things around; not surprising really seeing as Barcelona had never lost when taking a two-goal lead into the second-leg of a European tie.

To make their task all the more daunting Barcelona had one of the greatest players in the world in their ranks, a certain Diego Maradona who had joined the club from Argentina following the 1982 World Cup for a then record fee of £5 million; but United also had a player to call upon who would be instrumental in orchestrating one of the greatest comebacks in the club’s history.

With almost 60,000 people crammed into Old Trafford the atmosphere was electric as the Reds took the game to their opponents from the off, looking to unsettled the visitors and get the early goal which they so desperately needed in order to spark the most unlikely of comebacks.

And with 22 minutes gone United won a corner at the Scoreboard End and sensing their opponents were there for the taking crowded the visitor’s box with their big men and as Ray Wilkins swung a cross in from the left it was central defender Graeme Hogg who flicked the ball goalward for Robson to nod home on the line as the noise level inside Old Trafford went off the scale.

Barcelona were now visibly shaken and clearly vulnerable to a mistake as they passed the ball around at the back looking to gain a foothold in the match and with United’s attackers pressing at every opportunity and it was only a matter of time before a loose back pass was spilled by Urruticoechea before falling to Remi Moses whose low cross was eventually turned-home by Robson again after another desperate mistake from the ‘keeper.

If the first goal had prompted mass scenes of jubilation then the equalizer took things to another level but the Old Trafford faithful, who had backed their side from the very first minute, barely had time to catch their breath before United came storming forward once more, smelling fear in their opponents and looking to land the killer blow.

Just 60 seconds later the home side swept forward again through Bryan Robson and after Norman Whiteside nodded an Arthur Albiston cross perfectly into the path of the onrushing Frank Stapleton, the Irishman swept-in the third goal to turn the tie on its head and put United into the lead: “It’s a glorious night for Manchester United!” screamed ITV commentator Martin Tyler.

United held on for the win in what was surely the club’s greatest night since winning the European Cup at Wembley in 1968 and at the final whistle fans poured onto the pitch to hoist United’s captain Bryan Robson, who had been inspirational in one of the greatest comebacks seen for years, onto their shoulders and off the field to a hero’s welcome.