Cristiano Ronaldo bowed out of the World Cup after Portugal were beaten 2-1 by Uruguay. This may well be his last World Cup, although he’s yet to comment on his international future and whether his retirement is imminent, but manager Fernando Santos has insisted he hopes their star man stays on to guide the next generation in four years time.

“Cristiano still has a lot to give to football, and I hope he will stay to help the young players grow and develop,” he said on Saturday. “We have a team with many young players, and of course we all want him there with us.”

Ronaldo will be 37 by the time of the next World Cup, which would probably be too old for any ordinary forward, but we all know that the Real Madrid man isn’t any ordinary player.

Playing on the wing, Ronaldo grabbed United’s attention during a pre-season friendly in 2003. After the game, when John O’Shea had been given a torrid time, the players went to Sir Alex Ferguson and told him he had to sign the teenager. Little did they know that an agreement between United and Sporting Lisbon was already in place.

England are 6/1 to win the World Cup with RedArmyBet.com

While it was clear that he was a talented player with bags of potential, he was nowhere near to the finished article. While it’s not commented on much now, England wasn’t particularly receptive to the Portuguese youngster in his early days.

Ronaldo was largely mocked, outside of the club at least, and labelled as a ‘one-trick pony’. He loved doing step-overs and had great pace, but he had little end product and went to ground far too easily.

Yet he took his natural ability and squeezed out every last drop to develop in to the player we’ve seen over the past decade.

“He has an incredible desire for football, Cristiano is looking forward to each workout. He always wants to be better, to win,” Ferguson said in 2016. “During my time at Manchester United, Cristiano was the player who developed the most. Through much hard work. He constantly worked on his shooting technique, with the right, left, his heading ability, his bounce. His performance improvement is incredible. And what is remarkable, today’s football is so athletic, so fast. Usually top players can only play for about five or six years at the highest level, then it’s over. Cristiano has been doing this for over 10 years. That makes him so exceptional.”

A year after United signed Ronaldo, another teenager, Wayne Rooney, signed for a world-record fee for someone his age. He was the star of the show. His physical maturity meant he was ahead of Ronaldo in terms of contribution and was far more consistent.

Back then, if you were to predict which player would go on to claim several Balon d’Ors, it was Rooney. Despite being younger than Ronaldo, he was the one with greater leadership and could drag the team to victories. Ronaldo was capable of lighting up the pitch but he didn’t shine as brightly as Rooney. It would be unfair to dismiss Rooney’s strengths to just his physical advantage though. He was fast, he could shoot, he could pick out a pass, he could take set pieces, while also contributing defensively too with his eagerness to track back.

However, when you compare the two players now, Ronaldo has spent the summer in Russia, scoring a hattrick against Spain, while Rooney has been securing his deal to play in the MLS. 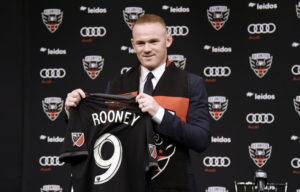 Rooney will now be playing his football for DC United.

Ronaldo scored 44 goals in 44 games for Real Madrid in the season just gone, winning the Champions League for a third time in a row after his team beat Liverpool 3-1.

By contrast, Rooney scored nine goals in 39 games, playing in a deeper role because he no longer has the legs to play up front. He had been in decline for United since 2012 and even the fans who still loved him, and had got over him trying to leave the club twice, were happy to admit it was time for him to be sold. Had Ferguson stayed, Rooney would have left in the summer of 2013 and that would have been the right time for him to go, when purely looking at what he could still offer the team on the pitch.

The argument that is usually used in defence of Rooney is that he was burnt out by playing so much football from a young age. He made his professional debut at 16, while Ronaldo was 17.

Cristiano Ronaldo is 19/4 to rejoin United this summer with RedArmyBet.com

In the summer, Rooney would regularly be spotted boozing and smoking. He would pile on the pounds during the break, returning to training overweight and spending the first few weeks trying to shed it. Rooney admitted that in 2009, when he was just 23, he came back to Carrington half a stone heavier. “Coming back for pre-season after a few bevvies and a few weeks away from a ball is physically tough,” he later claimed in 2012.

Ronaldo must have looked at Rooney and been totally bemused. He had the ability to be the best so he did everything he could to ensure this happened. Rooney, by contrast, wanted to live his life too, which he’s entitled to, but he paid the price for that.

“Rooney could have been world class but look at his mentality compared to Cristiano Ronaldo. Polar opposites,” Joey Barton said in 2014. “Why does Ronaldo achieve what he achieves and Rooney doesn’t? When you see Wayne Rooney smoking cigarettes, does he live his life correctly?”

That’s not to say Rooney has had a disappointing career. He leaves England as the all-time top scorer for his country and United. He’s won everything there is to win at club level. Yet it could have been so much more. 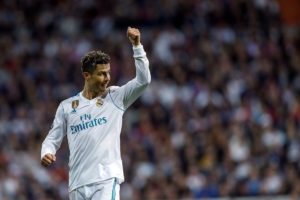 Ronaldo is the all-time top scorer for club and country too, but he also has five Balon d’Ors to his name, five Champions League winners’ medals, and almost double the number of goals as Rooney.

Rooney was a great player and has achieved so much. But we will always be left to wonder just how good he could have been if he worked as hard as Ronaldo has.

Check out all the latest United and England odds including special bets at RedArmyBet.com