After victory in the Punchestown Gold Cup Walsh has left a legacy that will last for years to come and will be regarded by many as the greatest jockey ever.

Ruby Walsh announced his immediate retirement shortly after riding Kemboy to a two-length victory over Al Boum Photo in the Punchestown Gold Cup on Wednesday.

Walsh was the leading rider at the Cheltenham Festival 11 times between 2004 and 2017, won the Gold Cup twice and the Grand National on two occasions and would arguably be the choice of many as the finest jockey of all time after a glittering career which spanned over two decades.

After being Ireland’s champion amateur rider for two years Walsh turned professional at the start of the 1998-99 season and rode more than 2,000 winners over the course of his career, including 212 at Grade One level.

He made his name riding for Paul Nicholls, the 11-time champion trainer, being paired with some of the greatest horses of the past two decades – including the likes of Kauto Star, Denman and Master Minded before moving to Ireland in 2014 to work as stable jockey to Willie Mullins. 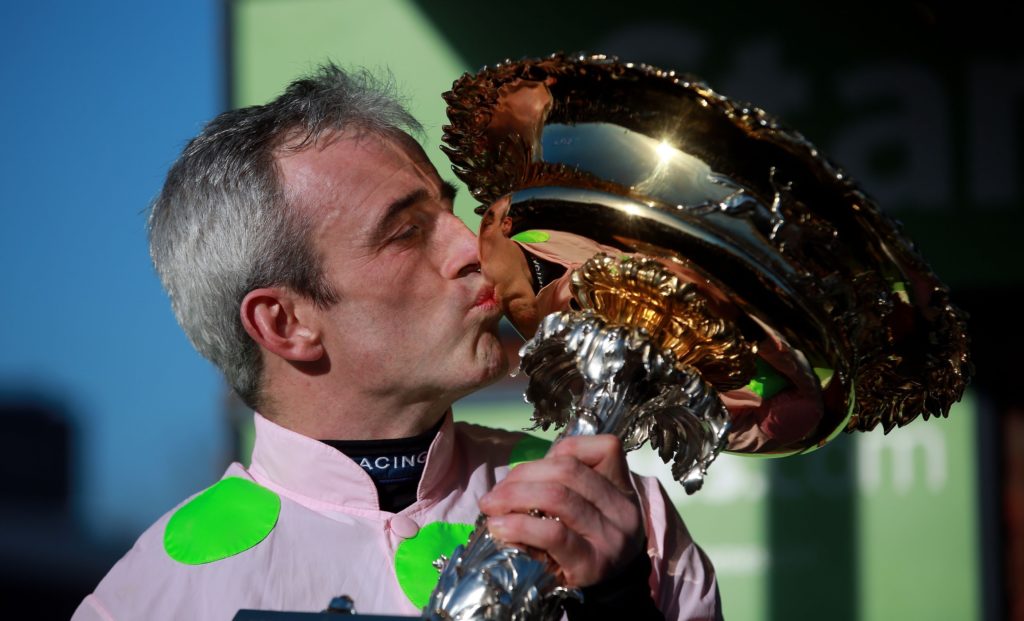 He retires as the all-time leader in Cheltenham Festival winners with 59 and won the Grand National twice on Papillon in 2000 and then on the Willie Mullins’s trained Hedgehunter in 2005.

He also landed the Cheltenham Gold Cup on two occasions, in 2007 and 2009, riding Kauto Star while also winning the King George VI Chase on Boxing Day no less than five times aboard the same horse between 2006 and 2011.

But success didn’t come without a price and like any jockey Walsh rode with the ever-present threat of danger and serious injury never far away; suffering his fair share of falls over his long and illustrious riding career.

He smashed both wrists and hips, broke an elbow, dislocated  shoulders and suffered cracked vertebrae and even had his spleen removed after a serious fall at Cheltenham in November 2008; but was back in the saddle in time to ride Kauto Star to victory at Kempton a couple of weeks later.

Walsh is expected to peruse a media career after hanging up the saddle but his legacy is there for all to see and deserves to be mentioned in the same breath as the likes of Tiger Woods, Muhammed Ali, Lionel Messi and Roger Federer when it comes to being one of the greatest sportsmen of all time.