The club tweeted a picture of the Chilean from the day he signed. Sanchez was smiling. Then again, he had every reason to. He was joining one of the biggest clubs in the world and was putting pen to paper on – according to most reports – the most lucrative contract ever signed by a Premier League player.

However, in the 12 months since, the sight of Sanchez’s smile has been rare. The cameras have often captured a different expression, a painstaking grimace, a befuddled look to a teammate or utter dejection at the final whistle.

But this week brings fresh opportunity for United’s embattled star.

Sanchez turned 30 the week before Christmas. That number strikes fear into the hearts of most elite footballers, particularly those whose games are built on speed and agility, but he can use it as an excuse to add a new chapter to his career.

Back to full fitness, Sanchez will, Ole Gunnar Solskjaer has confirmed, be involved against his former side Arsenal in the FA Cup on Friday night.

It will be the first time the South American has returned to the Emirates since leaving for Old Trafford.

And while Sanchez lined up against his ex-teammates at the Theatre of Dreams in April, returning to the stage on which he established himself as a Premier League star is a much bigger deal.

Injury has disrupted Sanchez’s progress following Jose Mourinho’s departure. By all accounts, the attacking midfielder was unhappy with life under the Portuguese, with The Times publishing a report carrying the headline, ‘Lonely, bored, ignored – why Alexis Sanchez wants to leave Manchester United.’

It painted a damning picture of his plight under Mourinho. Like many of his teammates, Sanchez shared a frosty, distant relationship with him. But while Marcus Rashford, Paul Pogba and Anthony Martial have all seemingly been lifted by Solskjaer’s arrival, Sanchez has not been able to join in. 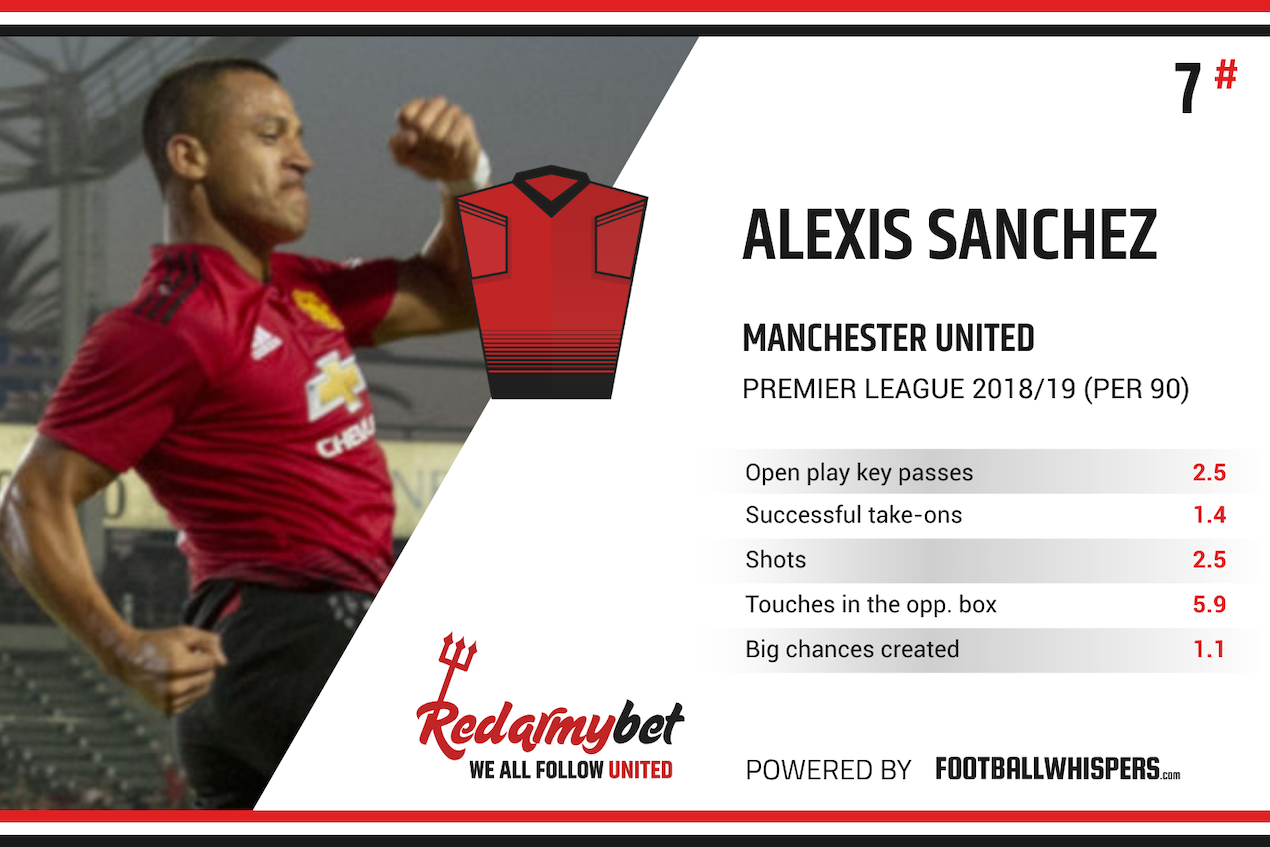 Having missed the festive fun at Old Trafford – specifically, the wins over Huddersfield and Bournemouth – Sanchez made his first appearance in five weeks at Newcastle.

His reward was a first start in two months, at home to Reading in the FA Cup. Again, Sanchez was involved, releasing Romelu Lukaku with a defence-splitting pass for United’s second on the stroke of half-time.

However, just 18 minutes after the restart, he went down off the ball and was replaced by Rashford. His hamstring strain ruled him out of the wins over Tottenham and Brighton.

But now, the chance of going up against an injury-depleted Arsenal represents a fantastic opportunity for Sanchez to nail down his spot under Solskjaer.

The former Barcelona forward usually plays on the left for United, either on the left flank of a 4-3-3 or as one of the three behind the main striker in a 4-2-3-1.

The Gunners, rocked by news that Hector Bellerin will miss the rest of the season after rupturing his anterior cruciate ligament, are likely to play Ainsley Maitland-Niles at right-back. Bellerin’s long-term absence is likely to give the 21-year-old Englishman a run in the team but Sanchez will be looking to expose his inexperience on Friday night.

While he has lost some of his pace, Sanchez can still be an artful, elusive player. The sight of him screaming past Maitland-Niles down the flank is unlikely, but he can drift inside, pull the defender out of position and hurt his former side accordingly.

Everything you need to know about Arsenal

Sanchez has only played 550 minutes in the Premier League this season, but his stats illustrate how creative he can be. He averages 2.49 open-play key passes per 90 and boasts an expected goals assisted of 0.36 per 90, too.

The former metric is actually the highest of any player in the division and, while he has a smaller sample size compared to the likes of David Silva, Raheem Sterling or Eden Hazard, it’s indicative of Sanchez’s natural creative capacity.

Although Chelsea looked bereft of ideas at the Emirates last week, United can hurt Arsenal’s defence by utilising their pace. If Lukaku starts, Solskjaer will tell the Belgian to, when possible, run off the shoulder of the Gunners centre-backs. Do that and Sanchez is the man most likely to spot Lukaku’s run and play the killer pass.

Solskjaer, speaking at his press conference ahead of Friday’s game, said Sanchez will ‘relish’ the hostile atmosphere likely to greet him at the Emirates. If the Norwegian’s words prove prophetic, it can provide the jolt of adrenaline United’s No.7 has so desperately needed since he joined the club. 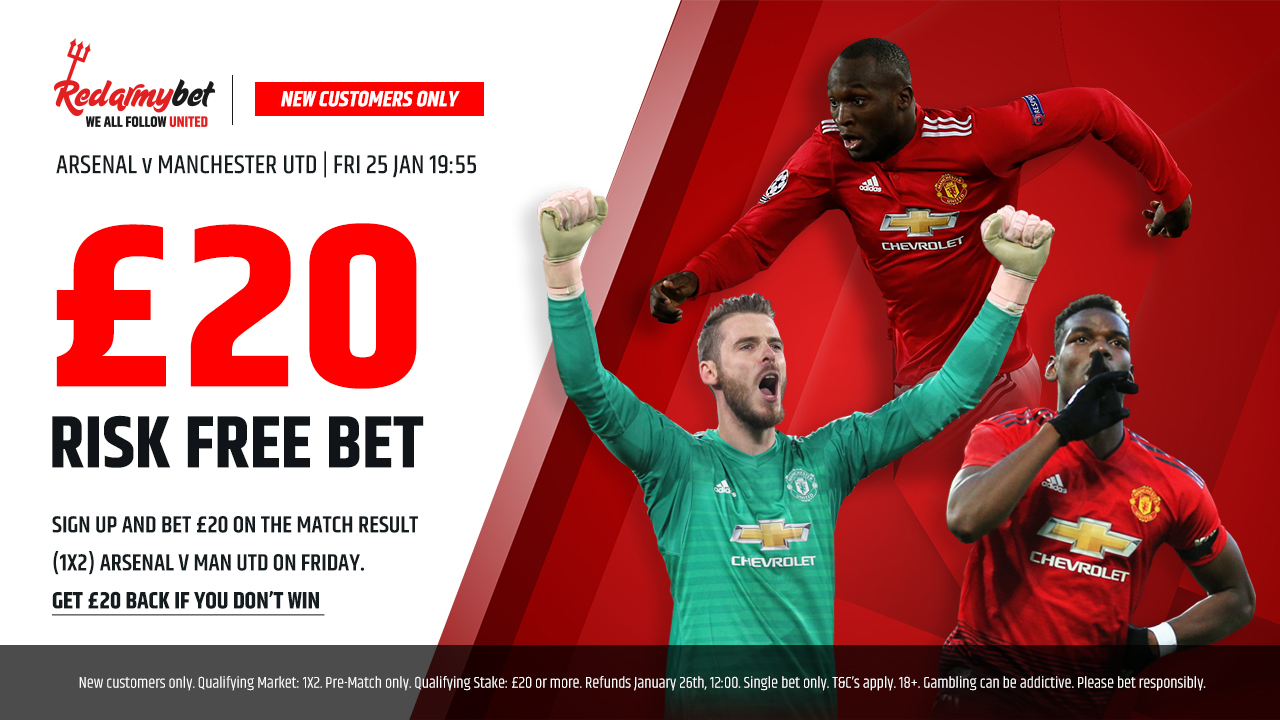