Brian from MUSC West Limerick gives us his thoughts on United youngster Scott McTominay and why fans should be taking note of the midfielder.

A general view of the statues of George Best, Denis Law and Sir Bobby Charlton outside the stadium ahead of the UEFA Champions League quarter final, first leg match at Old Trafford, Manchester.

Growing up as a kid, we all dreamt of putting on that red jersey, what number we’d have on the back, the type boots we’d wear, down to the midfield we’d play in, or who our strike partner would be. We idolised those who got the chance to realise that dream and they became mystical legends that we placed on our footballing pedestal of folklore for the future.

We played kids, we supported those kids, we bled young players into the first team and they got our full backing, at times a little too much and we wound up with egg on our faces when they didn’t turn out to be that star we were convinced they’d be, but either way, we had their back to the hilt.

A reserved young kid, head down, getting on with his business and trying to forge his way in football. He makes the breakthrough to the first team, and even though ex-gaffer Jose Mourinho appeared to have used him as a pawn in his battle with the board, playing him out of position in centre half to illustrate the lack of depth there, he got on with it and gave his all.

No social media outburst, no little stories “leaked” about his attitude. Silence.

Jose departs, and our Norwegian legend takes the helm, and he too trusts Scott to be a member of the starting XI. Luckily, in his preferred role in centre mid, and he flourished.

Take into account this is still a kid, still only on the periphery of becoming an actual first team regular, and is a raw talent, with such huge potential that none of us know just what he’s capable of. Consider his performances, consider PSG, consider Barca, consider Liverpool.

I’m sorry, but if you can’t give the lad credit for busting his hump from the first whistle throughout the games, and putting in solid performances that more big named players would be getting rave reviews for, then football quite simply isn’t for you. 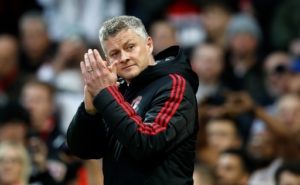 Ole demonstrated that he had faith in McTominay.

It’s farcical and it goes against the very moral fibre of our club, a club built on youth products, with a matchday youth product representation record we’re all very aware and proud of, it simply makes no sense.

Have we become so disillusioned with life in the current slump that we are willing to turn our back on our own? Because that’s what young Scott McTominay is. He’s one of us. He’s you and me.

He’s that kid we once were, dreaming of wearing that jersey, dreaming of what players he’ll play in midfield with, what boots he’ll wear, except for him, he has been given that chance none of us were.

Get behind the players like Scott, who will give this club every last bead of sweat they have for that crest, give them the support we have always done with our kids coming through, and maybe we won’t need to go spend another hundred million, maybe, just maybe, we might produce one of our own.

The West Limerick MUSC started after Brian returned from living in Australia for 6 years where he discovered the Brisbane MUSC. Having seen how a MUSC operated, he decided to start one locally in Newcastle West, County Limerick.

The MUSC enables Brian to help local Reds gain access to match tickets at face value, without dealing with touts, and it brings fellow Reds together to watch the games as a group, host event nights with ex-players, and do some charity work.

This is the MUSC’s third year in existence and are on course to break their previous membership numbers this season, a true testament to the local support for United in such a glum period in the club’s recent history on the pitch.