Smalling and Lindelof are two positives in United’s season

An upgrade might be needed, but the pair are plugging the gap well

Somehow, Jose Mourinho’s desire for a new centre-back is on everyone’s lips, despite him rarely speaking about the matter himself. Mourinho not speaking about something is, in itself, quite rare.

Perhaps it’s because, while he’d certainly like an upgrade, he doesn’t want to do down his current pairing of choice: Chris Smalling and Victor Lindelof.

Our friends at Football Whispers are here to look at why Mourinho is right to have faith in them, even if there is room for improvement.

With United currently sitting eighth in the table, there hasn’t been a huge amount of joy this season, but the performances of Smalling and Lindelof have gone a little under the radar.

While the Swede didn’t start his career at Old Trafford looking like he justified his £31million price tag, but he’s slowly grown into his place in the club. Maybe this shouldn’t be such a surprise — he’s young, after all, still only 24.

Learning from his elders

Given that he’s playing next to Smalling, it’s worth remembering how long it seemed to take him to get used to life at United. He’s only recently, in the past few seasons, seemed to have become more vocal on the pitch. This is not just a sign of growing leadership but, more importantly, of a growing comfort with wearing the United shirt. 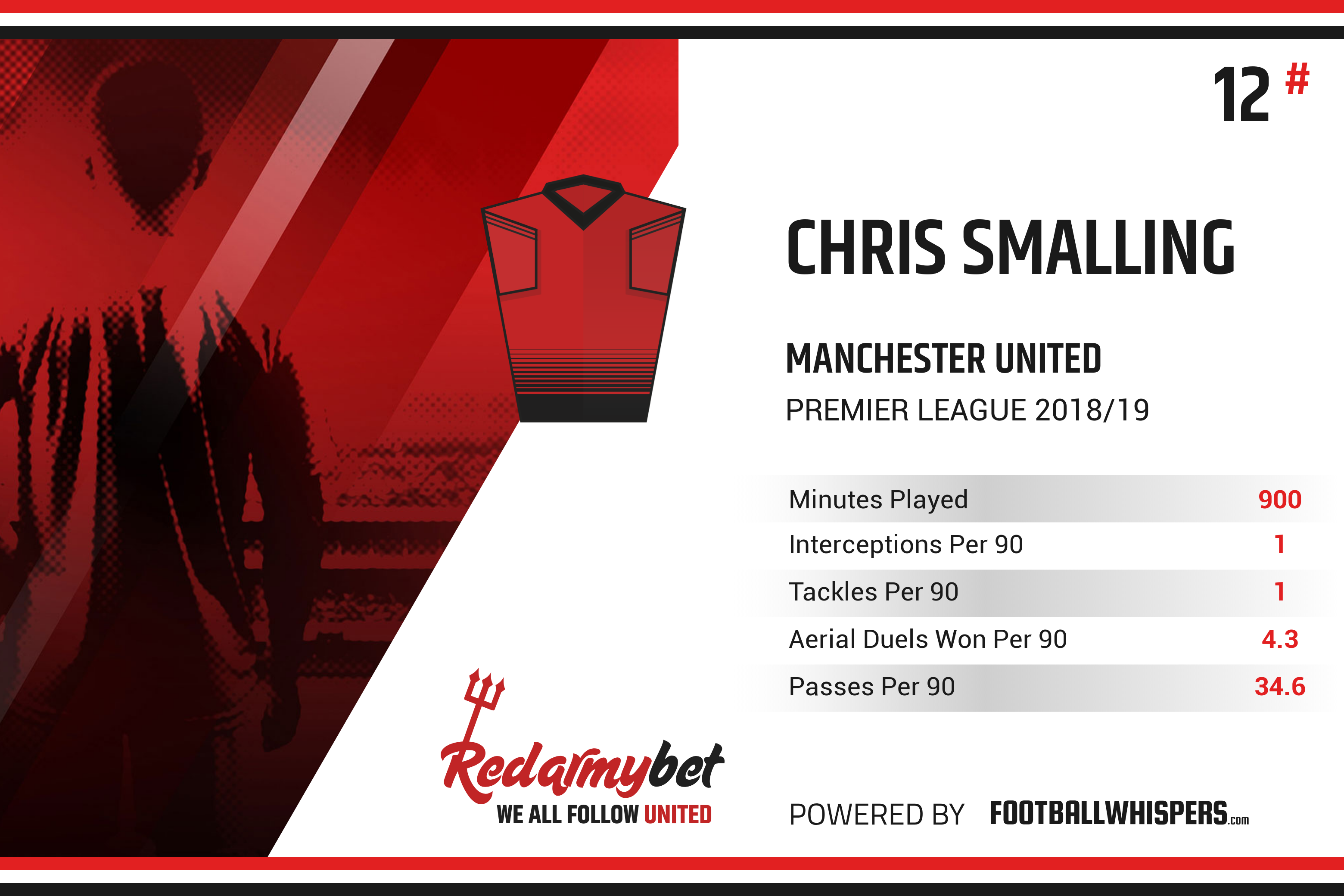 For Lindelof, it’s worth keeping in mind that first impressions aren’t always what they seem, either. Eric Bailly became a fan favourite in his first few months but, as much as he’s loved, it’s hard to deny claims that his performances have stagnated.

Perhaps Lindelof is going through a similar adaptation phase as Smalling went through, which would be another reason for them gelling well on the pitch.

Lindelof’s ability on the ball is important for a Manchester United back-line that has struggled in the past to move things forward into midfield. It pairs well with Smalling’s ability in the air and generally more physical presence, as this is an area where the Swede struggles.

While they both play a relatively similar game, there are other differences too, as shown by their Football Whispers persona radars. These show the style of play of a team or player. 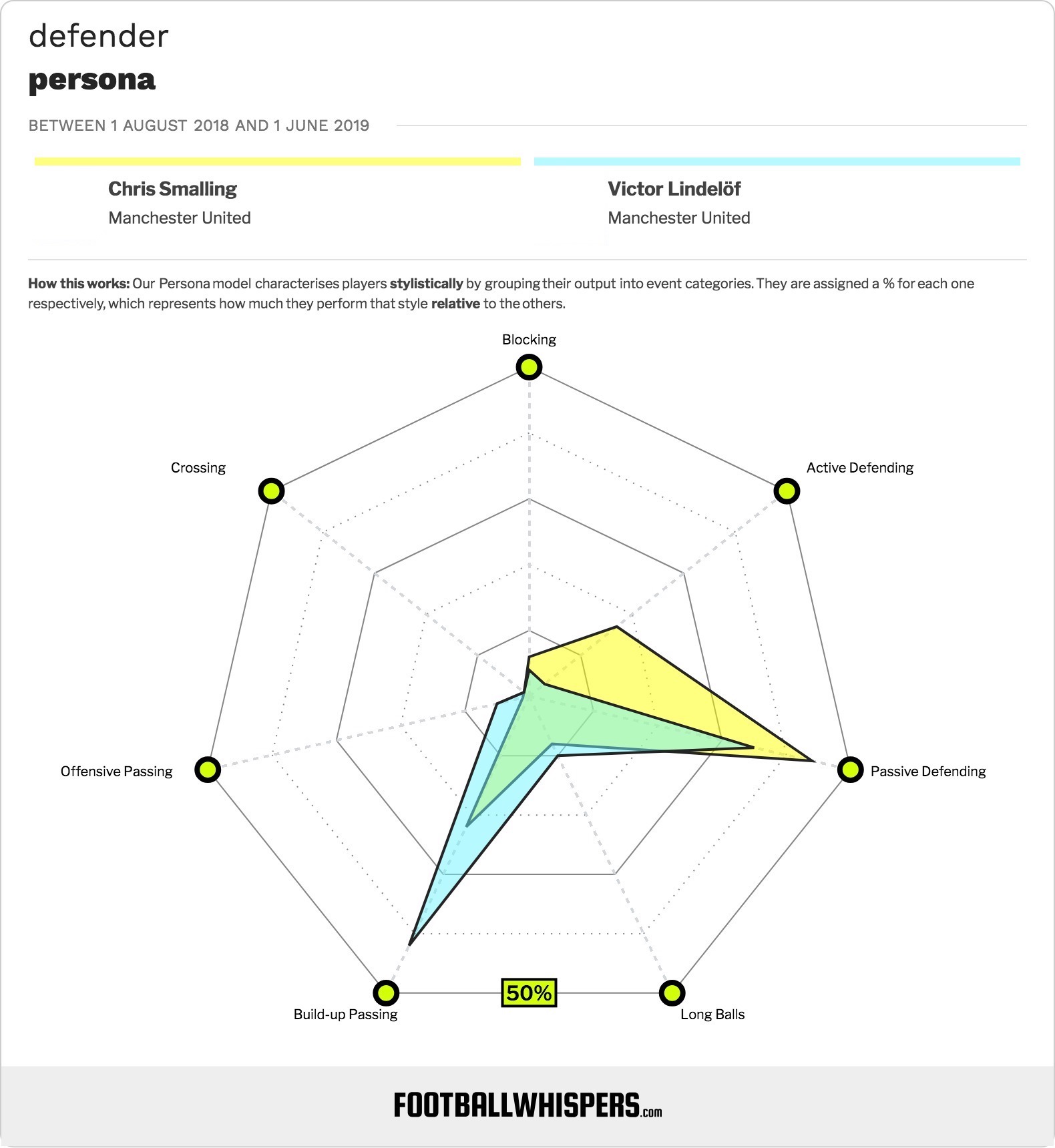 In their current pairing, Smalling has taken on a more active role defensively. It isn’t something that he’s a natural at, but the fact that he’s giving it a good go is something that Mourinho will appreciate.

The Portuguese manager likes commitment, likes a good and hard-working personality in his players. By showing this, Smalling will surely have worked his way into the manager’s good books, which might be why Mourinho has been less vocal about the centre-back situation than he often is about other things.

After a difficult start, Lindelof has clearly knuckled down too, a fact which will have earned respect from his boss as well as the fans.

Given how the two players have clearly worked hard to keep their place in the first team, it’s with a slightly heavy heart that it must be admitted that United do still need an upgrade in central defence. Not least because there’s still no-one who can be relied upon, performance-wise and fitness-wise, for the majority of the season.

A centre-back who could do the active defending that Smalling has had to take on this year, in a better and more natural way, would be helpful. They’d have to be competent on the ball and, importantly, reliable. 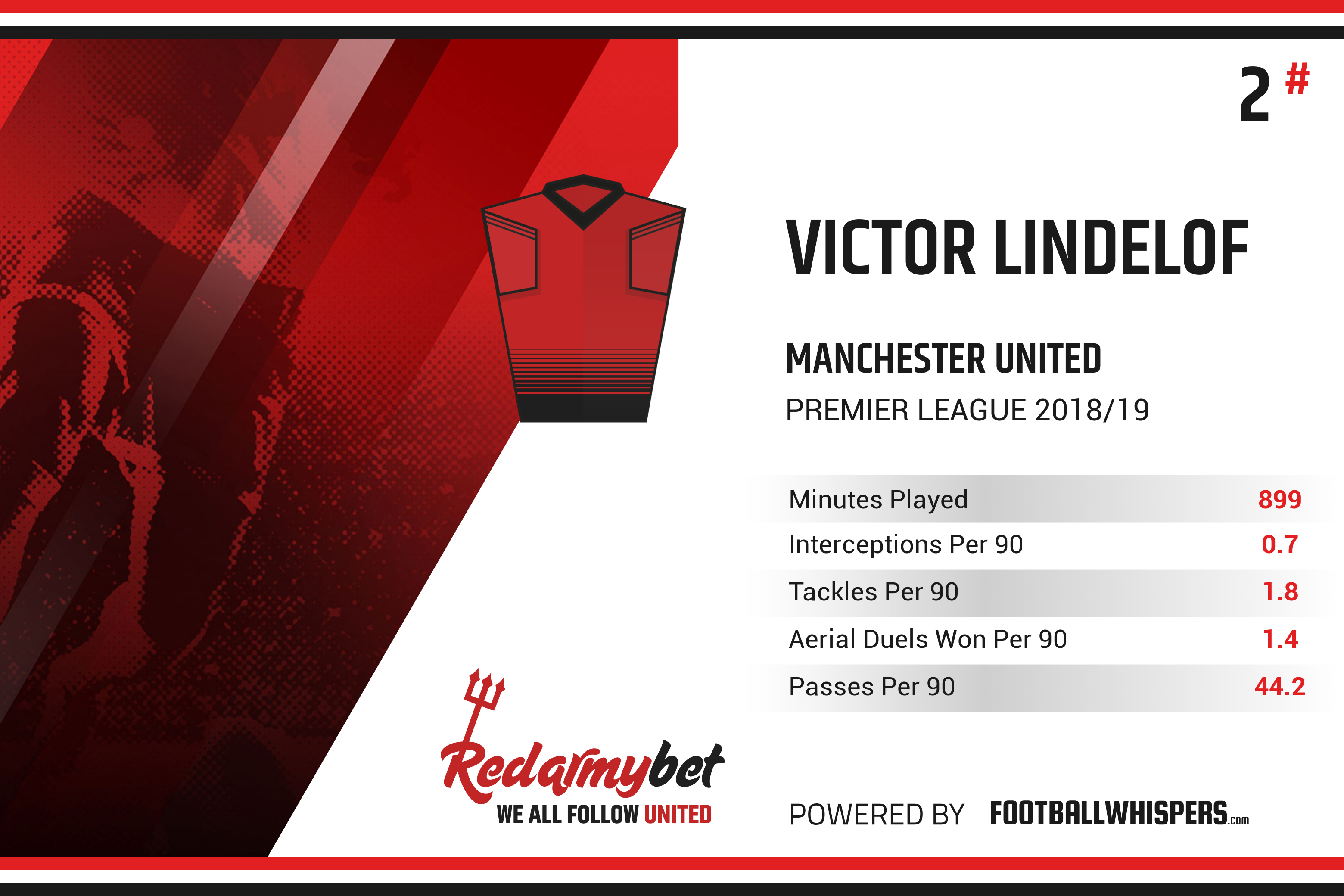 That’s a big ask, and it’s why the names United have been linked with have been so, well, big. It’s also why Ed Woodward is reluctant to rush into signing one of Mourinho’s rumoured desired targets as well. If reliability is one of the main requirements — with the added focus that this transfer will bring — you don’t want to leave any room for doubt.

With this in mind, the necessity of getting the next centre-back transfer absolutely right, it’s a relief that Smalling and Lindelof have grown into their roles. If a better option comes along, they should absolutely be replaced, but they deserve a lot of appreciation for keeping things as steady as they have done during this campaign.

United to win and keep a clean sheet vs Crystal Palace, 2.25* 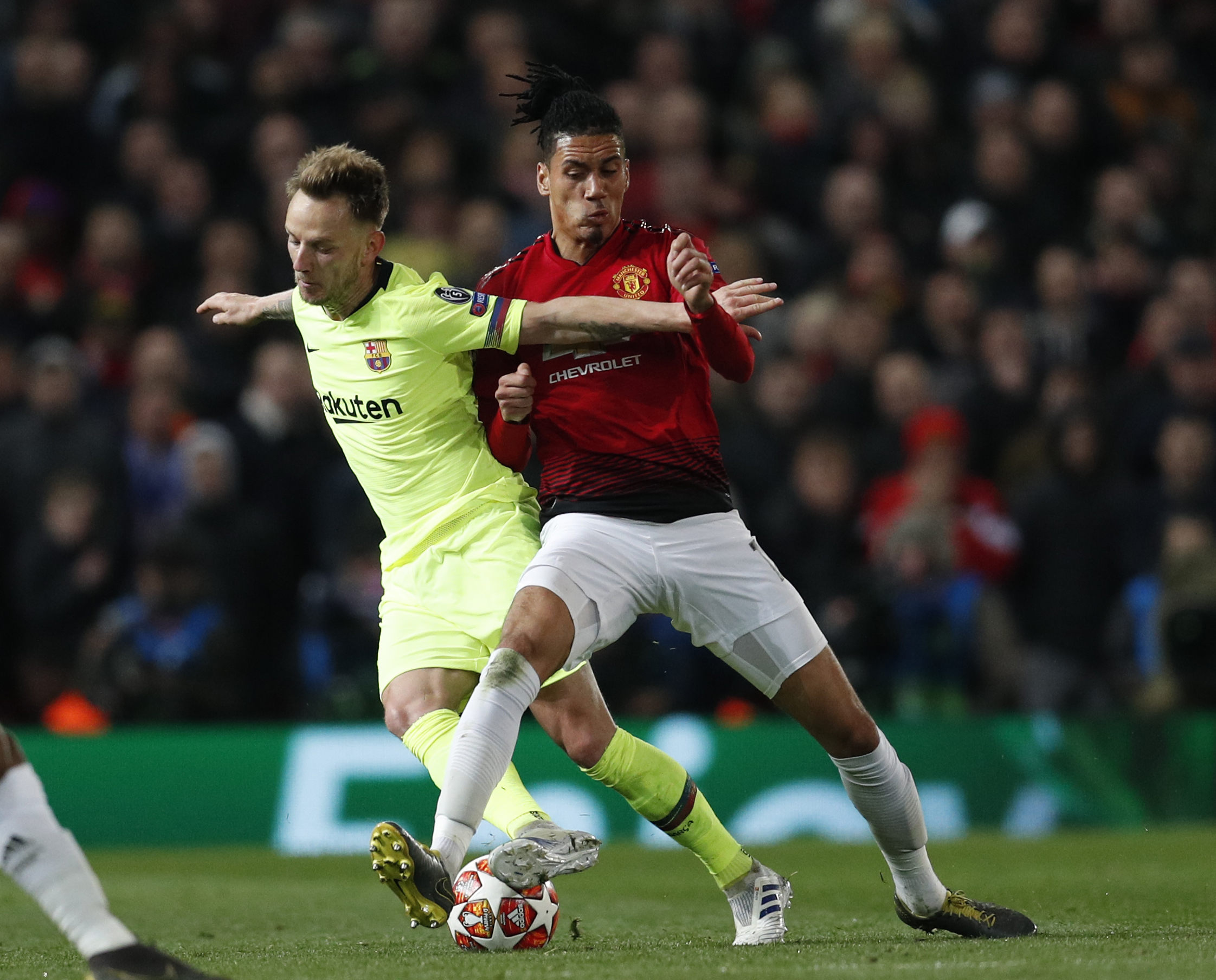