United's interim manager has given the team a new lease of life.

There is a very different atmosphere at Old Trafford now. Jose Mourinho no longer casts a dark and gloomy shadow over the pitch. He is gone, replaced by the effervescent Ole Gunnar Solskjaer, and immediately things have changed for the better.

There is a feeling of freedom around the club. On the pitch, the shackles are off. Mourinho’s relentless negativity appeared to have worn down players and fans alike, but some of their early season energy is being restored.

For Solskjaer, it is two victories from two: a 5-1 thrashing of Cardiff and a 3-1 home win over Huddersfield on Boxing Day. In both games, United attacked with purpose and intensity. Solskjaer, it seems, has done little more than take the handbrake off. It has worked and provided some welcome entertainment for the Old Trafford faithful.

In the two games since Solskjaer’s arrival, United have scored eight goals. It is not really surprising: before his first game, the former striker made clear his intention to bring back the ‘United Way’. His Molde team were the most attacking in Norway’s top division, too, and he has brought his ideas to United.

“You don’t change anything in one week but the mindset,” Solskjaer told BBC Sport after the win over Huddersfield. “I want my team to play in a certain way and you give them little pointers and it’s a work in progress. It’s going to take time and I’ve done a little bit of a tweak but it will improve as time goes on.”

There has certainly been a change in mentality. From stodgy, turgid football under Mourinho, United’s players have quickly adapted to Solskjaer’s more proactive approach. And the stats from his two games in charge are evidence of that.

United have, under Solskjaer, won the ball back in the attacking third, on average, five times per 90 minutes, compared with 2.93 per game under Mourinho. They have restricted the opposition to an average possession duration of 5.95 seconds, compared with 10.31 previously.

This suggests that United are pressing higher and with more intensity. They are creating more, too: an average of two big chances per 90 (1.62 under Mourinho) and 16.5 shots (13.12 under Mourinho).

Two games is, of course, a small sample size. And it should be remembered that United have played bottom of the league Huddersfield, on a run of five successive defeats, and lowly Cardiff, who have one of the worst defensive records in the division.

There are much tougher tests to come. United travel to Newcastle and Tottenham next month, and Solskjaer will be all too aware of his side’s defensive issues. For all the talk of improvements offensively, United failed to keep a clean sheet against both Cardiff and Huddersfield. They have now conceded 31 goals in 19 league games, almost double the total let in by fourth-placed Chelsea.

That, clearly, still needs to be worked on. This United team remains imbalanced, despite two uplifting victories since Mourinho’s dismissal. It has been a gentle start for Solskjaer, but he will be judged on the big games still to come against sides in the top six.

There is no doubt, though, that these victories have helped significantly improve the atmosphere around the club. From Solskjaer’s point of view, things could hardly have gone better. Questions were asked when he was chosen as interim manager, but the players have evidently responded well to his appointment.

“It’s humbling knowing I’m leading this team out,” he said. “Let’s see if I get used to it. I captained a couple of games but this was very different. They are the best fans in the world. I had such a great relationship with them. 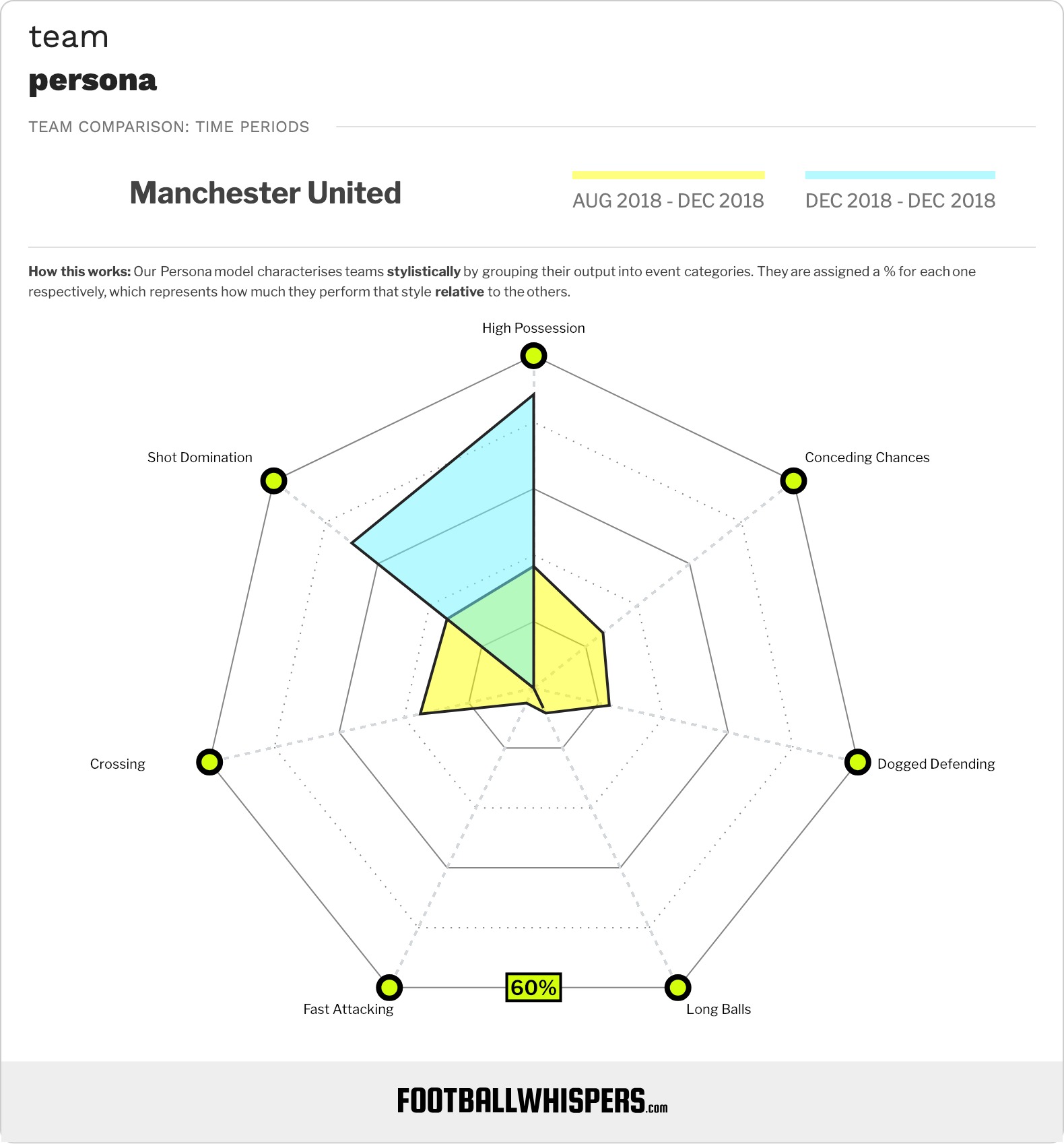 “It was special hearing the crowd singing my song. It makes you really proud – and my family – and it’s a day I’ll never forget. I was surprisingly calm all day. The lads have helped me settle in really quickly.”

United have another home game on Sunday, against Bournemouth, before a trip to struggling Newcastle. They will target two more wins and look to put pressure on those challenging for a place in the top four.

If Solskjaer continues as he has started, he may find himself in the reckoning when United come to appoint a permanent manager.