Jordan Rankin will be looking to get one over on another one of his old sides when Castleford face Hull on Thursday night.

Jordan Rankin will be up against one of his former teams for the second time in seven days when Castleford Tigers face Hull FC at the Mend-a-Hose Jungle on Thursday night.

Rankin helped the Tigers to a crucial 27-26 golden point win over his parent club the Huddersfield Giants last Friday and the Australian half-back will be looking for a repeat performance against another of his old sides, Hull FC, which could see the Tigers jump to fourth-place in Super League.

Jesse Sene-Lefao comes in after some time off on compassionate leave while Junior Moors also returns after recovering from a knee injury which has kept him out since Easter Monday’s clash with Catalans Dragons with the Samoan internationals come replacing Mitch Clark and Will Maher. 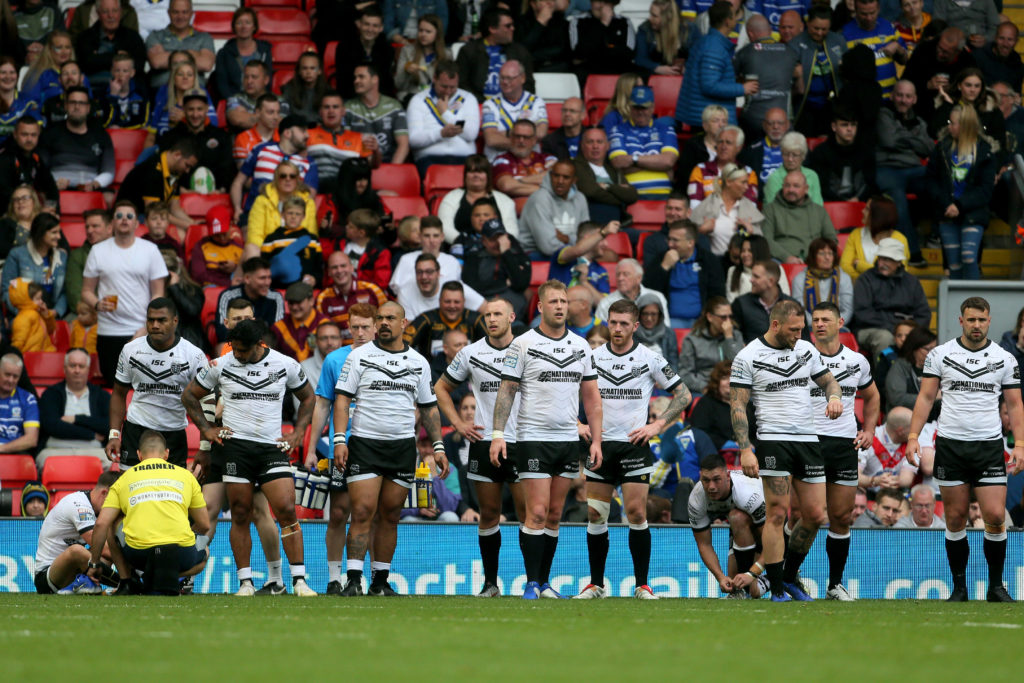 Vice-captain Taylor has recovered from the calf problem which kept him out of action against the Red Devils and the Dragons in the Challenge Cup quarter-final while Sika Manu drops out due to a dead leg, and Josh Bowden is rested having been out for 12 months with a knee injury.

Hull come into this one having been victorious in four of their last five matches, a run of form which sees them currently sitting 4th in the table while Castleford have won just two of their last five including a 28-12 defeat to Hull in the Challenge Cup last month.

Warriors look to halt charge of the Rhinos

Wigan Warriors will be looking to pull away from the foot of the table when they face fellow strugglers Leeds Rhinos in Friday’s Super League game after the reigning champions returned to winning ways against Hull KR last Sunday courtesy of a Sam Powell drop-goal.

But they will have their work cut out against the Rhinos, who are also in a decent run of form having taken maximum points from their last three fixtures as they ease the relegation worries which have dogged their 2019 campaign to date.

Zak Hardaker will be missing from the 19-man squad to face Leeds due to the hamstring injury which forced him off last Sunday and Ben Flower is out due to a back injury sustained against Hull KR too, but otherwise Wigan head coach Adrian Lam has named an unchanged squad for the match.

Rhinos interim head coach Richard Agar welcomes Jack Walker back into Leeds’ 19-man squad after the full-back was cleared to play following treatment on a hamstring injury while Wellington Albert replaces Ashton Golding with Agar keen for his players to take the positives from a hard-fought 10-0 win away to Wakefield Trinity last week.