Wigan have enjoyed something of a resurgence in recent weeks but can’t take anything for granted as they face struggling London at the DW Stadium on Thursday night.

Wigan coach Adrian Lam is all too aware that his side can’t afford to underestimate the London Broncos who travel to the DW Stadium on Thursday night  despite being one of the poorest performers in the league.

London currently sit bottom of Super League after a run of six straight defeats, but there will be no danger of any complacency creeping in for the hosts with memories of a shock 18-16 defeat away to the Broncos back in March still very much in their minds.

The Warriors go into the match on the back of a hard-fought 6-4 home victory over the Castleford Tigers last Saturday, but are without a number of key players who are missing through injury, making their task even tougher.

Joe Burgess is out due to the knee injury he picked up against the Tigers while Morgan Escare could fill Burgess’ spot on the wing, but there is good news for the home side with prop Romain Navarrete returning to their 19-man squad following a knee injury which has kept him side-lined since Good Friday.

The Broncos, who have won just three games all season and prop up Super League, will be keen to repeat their victory back in March following a run of six straight defeats as they look to avoid relegation back to the Championship.

But the Broncos will have to do without Matty Gee, who is unavailable for selection after the forward suffered a head injury in last Saturday’s 30-10 defeat at home to Salford Red Devils, though coach Danny Ward does welcome back Eloi Pelissier after a concussion, with Sam Davis missing out.

Only victory will keep Tigers in touch 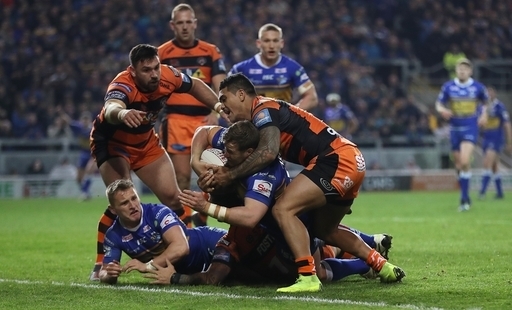 Castleford will be looking to snap a disappointing run which has seem them slip down the Super League table and lose touch with the top-six sides but will have their work cut out against a Warrington outfit who are doing their best to keep on the tails of Saint Helens in the hunt for the League Leader’s Shield.

What looked to be a promising campaign is in danger of fizzling out for Daryl Powell’s men who have lost four of their past six fixtures including two recent defeats to Wigan and Castleford and now find themselves 10-points off the top of the table.

As for Warrington, they are in blistering form of late, scoring over 50 points in their last two fixtures against Huddersfield and Hull KR and defeats to Salford and St Helens have been the only real disappointments of late; so the second highest scorers in Super League, with 430 points, are bound to cause Castleford’s defence problems as they look to close the four-point gap between them and St Helens. 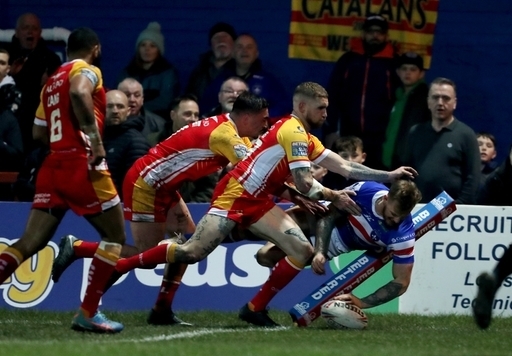 Catalans Dragons will be without three of their pivotal players for Friday’s match at Hull FC as they look to build on what has been something of an inconsistent season for the Perpignan side.

David Mead, Kenny Edwards and Mickael Simon will all miss out on Friday’s clash with Hull FC because of concussion protocols after they picked-up head injuries in last weekend’s defeat to St Helens.

Mead and Edwards were both hurt in Sunday’s brutal 50-14 loss at the Super League leaders, with Papua New Guinea winger Mead carried off on a stretcher after treatment and the Dragons have now confirmed that prop Simon will miss the team’s next fixture in North Yorkshire.

Hull FC currently sit third in the table after a decent run of form has seen them win four of their last five games as they look to keep in touch with second-place Warrington and runaway leaders Saints while Catalans sit mid-table after three wins and three defeats from their last six games.