With Leeds fighting for their lives and St Helens leaving the rest of the league in their wake after eight wins on the bounce, all eyes will be on both ends of the table ahead of an exciting weekend of Super League action.

Leeds aim to prove win last week was no fluke

The Leeds Rhinos may still be propping up the Super League table but their dramatic Golden Point win over Yorkshire rivals Castleford last Thursday will surely give them plenty of confidence as they look to continue their revival with a tough looking away trip to fellow strugglers Hull KR.

Leeds could give a debut to Papua New Guinea forward Wellington Albert on Thursday with Coach Dave Furner naming an 18-man squad for the round nine fixture as the club await a visa for 24-year-old Albert who arrived on trial this week following his departure from Widnes after the Vikings went into administration.

Furner will be forced to make at least one more change to the side who picked-up just their second win of the season last Thursday, with scrum-half Richie Myler serving a one-match ban for a dangerous tackle, while Danny McGuire and Rob Mulhern look certain to face their former club as they look to return for the home side after spells on the touchline with injury.

Hull KR sit just two places above the Rhinos having won just three games all season and come into this encounter on the back of three successive defeats, including a 42-8 thrashing by Huddersfield two weeks ago, while Leeds will be bolstered by just their second victory of the campaign which came via the boot of Brad Dwyer in overtime a week ago.

Castleford must put disappointing defeat behind them 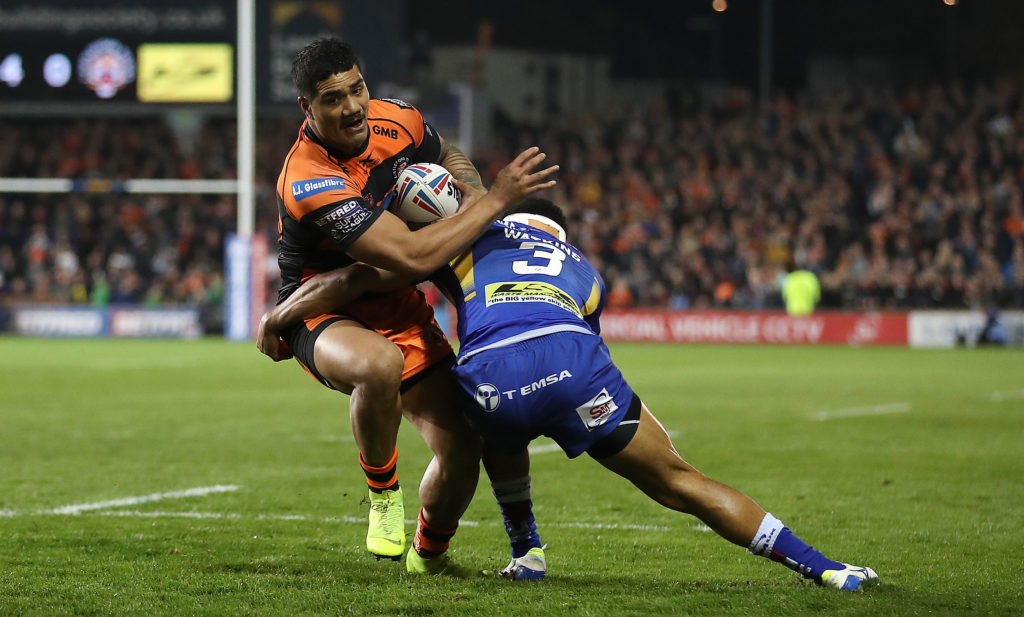 The Castleford Tigers will be looking to bounce back quickly after suffering the heartbreak of a Golden Point drop-goal defeat to Leeds Rhinos last week and might well take their anger out on a Wigan side who have had a season to forget so far though they will be without influential hooker Paul McShane.

McShane, who has missed just two games in the last three seasons, was given a three-match ban for lashing-out at Leeds half-back Richie Myler during the Tigers’ 21-20 loss at Headingley meaning he is unavailable until Easter Monday after pleading guilty when he appeared before a disciplinary tribunal in Leeds on Tuesday night.

The defeat to Leeds was Castleford’s second on the bounce having enjoyed a fine run of form which had seen them win three of their previous four to keep in touch with leaders St Helens but those two defeats have seen them slip six points off the top of the table while, after enduring one of their worst starts to a season ever Wigan have turned things around somewhat by winning their last two matches, including a 42-0 thrashing of the Catalans Dragons last weekend.

Saints can slay Dragons in Perpignan

There appears to be no stopping runaway league leaders St Helens, who currently lead second-place Warrington by two points and anything other than a ninth successive win of the season looks highly unlikely as they travel to the South of France to face the incredibly inconsistent Catalans Dragons on Saturday evening.

It’s been a case of two steps forward and one back for much of the season for the Dragons who, after showing some early promise, suffered a heavy 42-0 defeat to struggling Wigan last weekend; not the ideal preparation when you’re preparing to face a side who have yet to taste defeat and have scored 35 points or more in their last three games.

As for the visitors, their unbeaten record remains intact despite something of a scare against Hull KR at Langtree Park last time out with prop Luke Thompson at the heart of the action once more by making 190 metres and giving the Saints a little breathing room by scoring a second half try; but despite the wobble it’s difficult to see anything other than a convincing away win here.