Taken for Grant-ed: Why deal for third-choice keeper makes sense

After the excitement and intrigue of Diogo Dalot and Fred, the last seven days have seen a more modest sense of reality with Marouane Fellaini signing a new two-year contract and the announcement of Grant imminent.

With the World Cup accelerating and the world’s media ensconced to Russia, transfer rumours have been decidedly muted ever since Harry Kane stopped to score England’s first goal of the tournament.

No Sergej Milinkovic-Savic for £100million (however fanciful that may seem), Toby Alderweireld arriving from Tottenham or convincing Paris Saint-Germain to part with Marco Verratti; instead it’s two more years of Fellaini and a new third-choice goalkeeper.

But that is missing the point. Our friends at Football Whispers explore the decision to sign Grant and why it could prove smart – if extremely underwhelming – business for United.

As great as it would be to secure a major addition prior to the World Cup, the focus of those competing is elsewhere and negotiating any kind of deal is difficult. From the selling club’s point of view, why choose to let an asset leave in June when a positive performance in Russia could dramatically enhance their value and widen the scope of suitors?

The big boy business can wait, therefore. What’s important is getting some housekeeping done. As interesting as it is second-guessing what may happen in the soap opera of the transfer market, it ultimately serves a very basic purpose: to address problems in the squad and fix them, preferably as early as possible.

Is Ronaldo coming home? A return to United is priced at 19/4 with RedArmyBet

With Sam Johnstone on the brink of joining West Brom for £6million, decent business for the 25-year-old who’s out of contract next summer and had no real future at Old Trafford, Mourinho’s goalkeeping options below David de Gea are Sergio Romero and untried and unproven young talent.

Joel Pereira and Kieran O’Hare represent the best of what the academy has to offer while Dean Henderson, so impressive on loan at Shrewsbury Town, has joined Sheffield United for the next 12 months.

Being a second-choice goalkeeper is a unique position in itself, especially when deputising for potentially the best goalkeeper in the world in De Gea: you can expect five to ten appearances a season, at least 50 per cent of which will be in the EFL Cup, and you have to act as part-challenger/part-cheerleader/part-confidante. 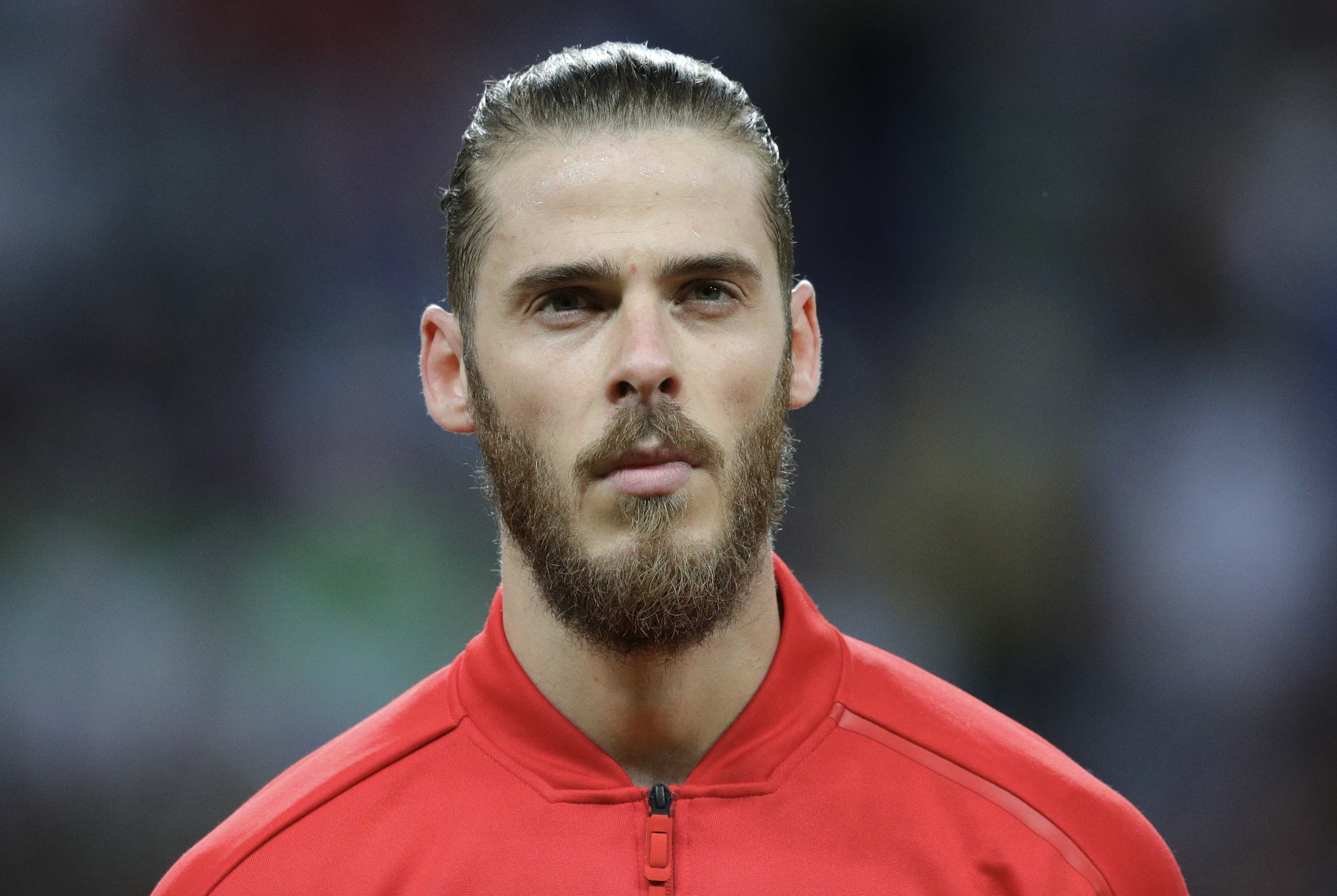 Goalkeepers regularly train away from outfield players on a day-to-day basis, brought into main drills for shooting or mini matches. The idea of goalkeeper’s union is formed around the sense of isolation this creates and the unique demands of the position.

No role on the field is as mentally challenging as a goalkeeper and, as a result, that shared empathy means they often stick together and while, for example, Romero would love to be first choice, he knows De Gea needs his support as much as he does his competition.

But at least the No.2 gets to play on occasion. For a No.3, their opportunities to witness competitive action are minimal, barring injury or suspension-related catastrophe. With that in mind, the idea of Pereira continuing as third choice would largely be a fruitless exercise.

Could Gareth Bale finally moved to Old Trafford? Its’ 43/20 with RedArmyBet

For the last two years, the 22-year-old has been able to watch and work with De Gea and Romero at close quarters. The Portuguese has enjoyed some gametime in cup competitions but needs more and sending him on loan to a Championship club is the best testing ground for determining whether he is United quality in the long-term.

There is tremendous faith from within; Pereira signed a new four-year contract last summer so now is the time to put that trust into practice, without having to risk anything within the confines of the first-team which could have a negative impact on the club and the player.

Speaking last May after handing Pereira his top-flight debut, Mourinho told the Manchester Evening News: “We have two fantastic goalkeepers (De Gea and Romero. We have a third goalkeeper that I think will be the best Portuguese goalkeeper of the next generation so anyone in goal I trust completely.”

Pereira may also be growing wary of barely getting onto the pitch. As important as it may be to watch, learn and listen, he probably just wants to play. Keeping him hidden away at Carrington could either stunt or harm his development. 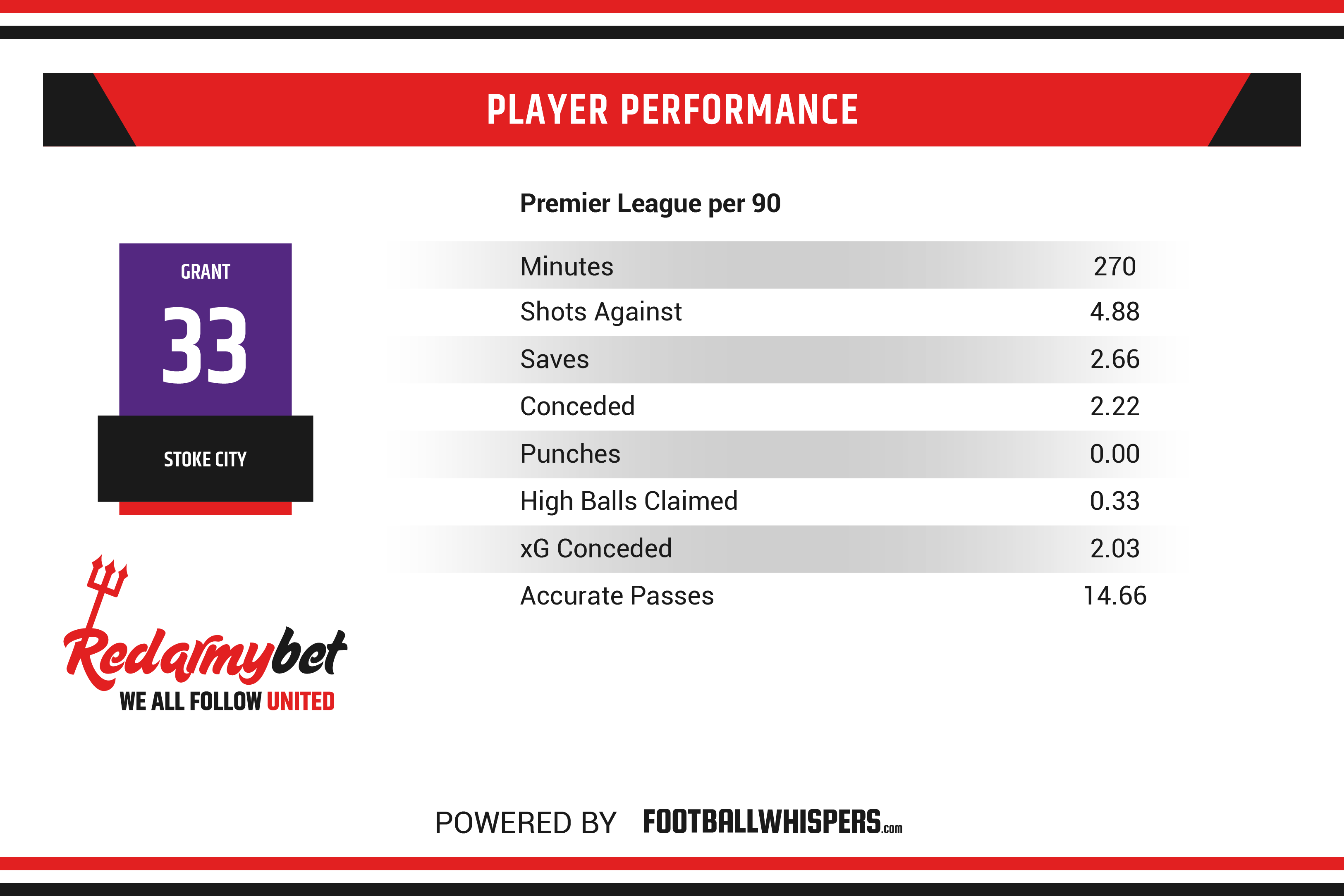 Playing games at any level of the football pyramid is immeasurably better than a handful of EFL Cup appearances, at best. The same principle can be applied to O’Hare and makes the signing of Grant sensible and prudent – and in more than just a financial sense with the veteran’s wages likely to be at the lower end of the salary scale.

With 509 appearances since debuting for Derby in 2002, he won’t be fazed if called upon in an emergency and has seen enough over his career to be aware of what is required of a No.3.

After a 16-year career of mainly Championship football, it’s a reward for Grant’s professionalism that he now has the opportunity of working at a club the size of Manchester United. Although action will be – at best – limited, he’ll be grounded enough to know of the privileged position he’s now in.

As importantly, if he is forced to play then Grant is a very good goalkeeper who has history with United having produced a virtuoso display at Old Trafford with Stoke in October, 2016 which made Mourinho stand up and take notice.

Reckon Anthony Martial will remain at United this summer? Back it at 17/10 with RedArmyBet

He was Stoke’s Player of the Year in 2016/17, having stepped in for the injured Jack Butland so has the credentials and ability to do the same if duty calls at United.

It’s a signing which won’t garner any excitement amongst fans – and will probably pass plenty by completely – but since when were third-choice keepers supposed to be exciting?

Grant is the definition of what’s in the job requirement: solid, dependable and prepared to take a back seat.

United finally move out of the dark ages