The embodiment of ‘Mourinhoball’ – why Fellaini deal is a disaster

With no club football the summer can be a period of frustration and boredom. It also acts as a healing process – poor seasons are forgotten, and all the anger and angst can be channelled into hope, because what the summer also brings is transfers.

It’s a chance to reinforce and renew, replace the mistakes of the previous nine months and provide new faces for supporters to get excited about. When you follow a club like Manchester United, with its considerable financial might, some would argue this time is among the most exciting of the year.

Both, theoretically, improve Jose Mourinho’s squad and, in their own way, generated optimism that change is afoot. Dalot because he’s actually a full-back and one of the best young players in his position in the world, while Fred’s relentless energy could get the best from Paul Pogba and the Brazilian is exactly the sort of player fans can get behind.

But then came a crashing reality as the summer moved into July, the World Cup hit its final straight, pre-season began and business really started accelerating: Marouane Fellaini has signed a new two-year contract at Old Trafford.

Fellaini – that ever-present reminder of Moyes-era United, Mourinho’s go-to wrecking ball, that dribble off the pitch against Bayern Munich and all those ridiculous fouls – had been in discussions with AC Milan and Arsenal (much to fans’ glee).

But the Belgian is staying put and the red faces are in Manchester, not north London. Our friends at Football Whispers look at why failure to move the big Belgian on was a mistake on United’s part.

None of that is to say Fellaini is a bad footballer. Elbows, general clumsiness and heavy touch aside, he’d improve most Premier League teams from Arsenal downwards and countless more across the continent. However, it’s what he represents which is the issue.

As much as Mourinho rallies against it and his acolytes claim it doesn’t exist or is irrelevant in the grand scheme of things, United fans demand a certain brand of football. Three post-Ferguson years of Moyes and Louis van Gaal-led gloom, coupled with Manchester City’s exhilarating ascent under Pep Guardiola, have exacerbated those desires.

Will Gareth Bale finally join United? The move is priced at 43/20 with RedArmyBet

Fellaini is the embodiment of peak Mourinhoball – he doesn’t win you games, but he ensures you don’t lose them. Any semblance of swift and flowing counters or intricate passing moves tend to come unstuck with the ball at his feet (which is a little harsh but remains the wider perception).

Then consider that when he does start it will be at the expense of Pogba, Fred, Stretford End favourite Ander Herrera, or even academy products Jesse Lingard Scott McTominey. The only investment United fans have in Fellaini is rage and regret that he’s there instead of Toni Kroos or Thiago Alcantara. 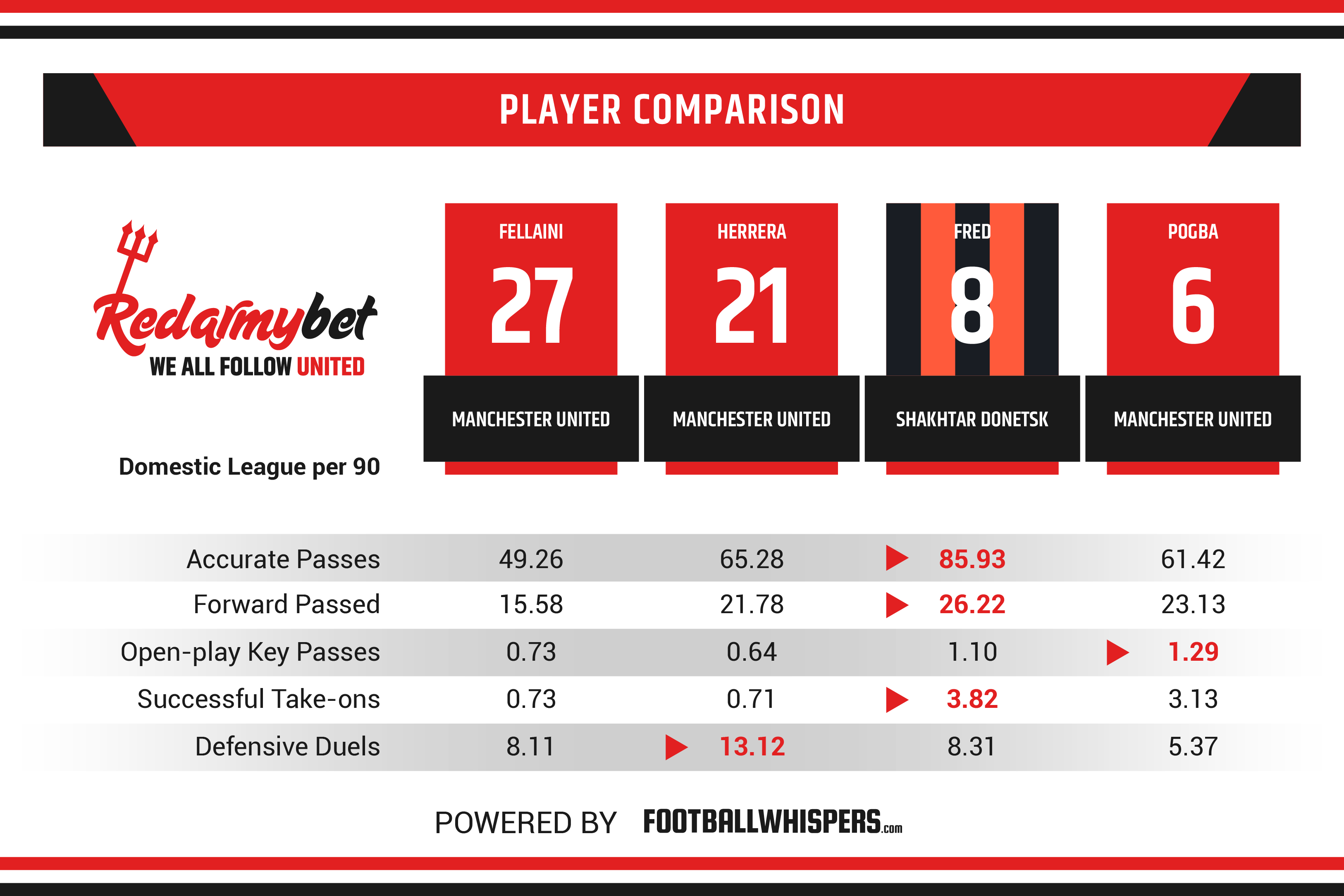 The summer had hinted as signs of change, that Mourinho had plans to inject verve in the squad. But those have been quashed, or at least kept in check. Two more years of Fellaini mean the Portuguese has no intention to abandon his ways.

We shouldn’t be surprised. Mourinho is among the most successful managers of his generation. That wasn’t achieved without defined ideas of his style and approach and after 15 years at the top of the game, why should he abandon his ideology?

It’s the continual trade-off with having him in the dugout. There will undoubtedly be silverware won, but the result is considerably more important than the process. Screw the journey, it’s all about the destination and getting there in the quickest and most efficient fashion.

However, Mourinho’s methods continue to look out of step with Pep Guardiola’s City, Jurgen Klopp at Liverpool and Mauricio Pochettino with Tottenham – and that’s before casting a gaze across Europe.

United finished above two of those sides in the Premier League, but what a forgettable campaign it was with abject wins and dreary draws only compounded by the sight of City sprinting off into the distance. 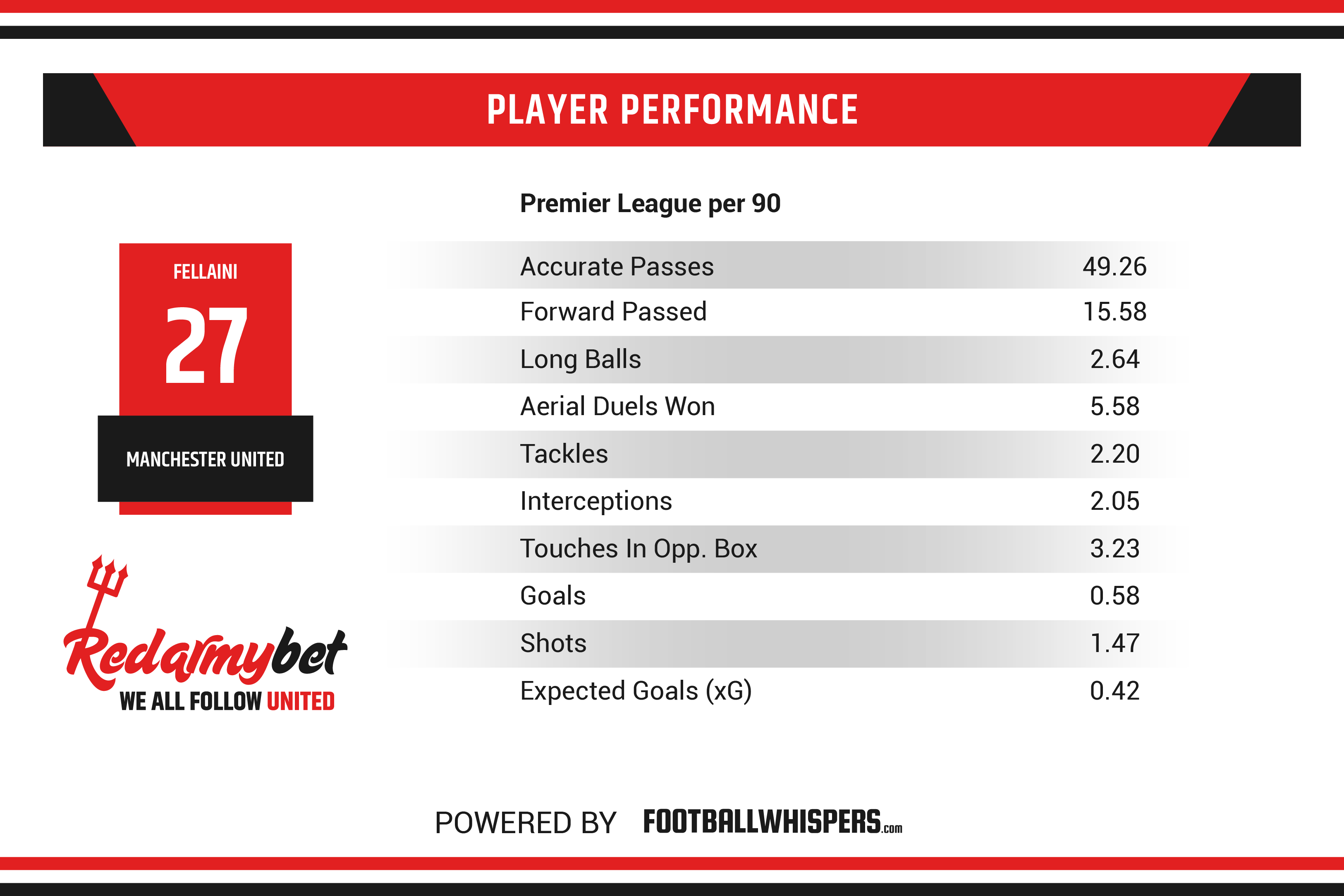 More of the same will surely only produce the same results – potentially worse as there is a strong likelihood City should be better than last term.

Fellaini alone doesn’t mean all this will occur, but his mere presence in the squad gives Mourinho his favoured fall-back option; sticking him on to kick a few people or direct long balls and crosses into the box at his afro.

Think Ronaldo is coming back to United? Back it at 19/4 with RedArmyBet

This is all ignoring the financial aspects and a contract and squad place that could have gone to someone else – plus the fact he’s 30. What sort of impact will he have in 18 months?

Perhaps this is an overreaction. After all, Fellaini only made seven Premier League and Champions League starts last season. But it’s what he stands for within Mourinho’s plans for United that rankles with supporters. Any hope of a more expansive and entertaining style of play – at least not at the desired rate of change – has been crushed.

Fellaini at United is a joyless movie we’ve sat through painfully and have no desire to watch again. Those groans when the substitute board is raised and the number 27 is illuminated won’t be going away any time soon.