This Week in 1986: Fergie’s reign at Old Trafford begins

As Fergie celebrates 32 years since he was appointed as manager, we take a look at his managerial career.

When the name Sir Alex Ferguson is mentioned, the word ‘legend’ normally follows not long after.

The United manager is pretty much a worshipped God, and with good reason might I add.

When the Scotsman joined United during this week back in 1986, he had the hopes and dreams of every single United fan weighing heavily on his shoulders.

While there were great expectations for the manager, I doubt anybody saw 38 trophies coming, never mind the resurrection of an illustrious club that not only changed history but the manager’s life as he knew it.

For United fans that are old enough to do so, cast your minds back to the 1986/87 season.

To many the idea of United being second from the bottom of the First Division seems inconceivable – although maybe not so much with United’s worrying performances of late. It was a dark time in the club’s history and was the season that Fergie’s job at Old Trafford began.

The manager has admitted in his autobiography that he was concerned about the environment he was walking into at Old Trafford, with rumours of players drinking too much and poor levels of fitness.

He said: “As I travelled towards my first working day at Manchester United, my thoughts on alcohol were all about the damage it could do…I realised the problem was so serious that it had to be confronted without delay.”

However, the manager got to work and the Reds climbed 10 places up the table to 11th in his first season in charge.

Despite a positive end to his first season in charge, the manager’s United career didn’t get off to the best start.

Fergie’s first game in charge was against Oxford United on 8th November 1986. Not only did the game end in a 2-0 defeat, but the first goal of the game, was scored by none other than John Aldridge who would later go on to become a Liverpool great.

Aldridge still remembers the goal to this day, he said:

“In the first half I got a penalty which I scored, and it was the first goal against Fergie during his Manchester United reign – it’s something I’m very proud of.

“When I look back at Fergie’s career, he did for United what the likes of Bob Paisley and Bill Shankly did for Liverpool, and what Matt Busby did for the club all those years ago – for me he is one of the top managers in World football.” 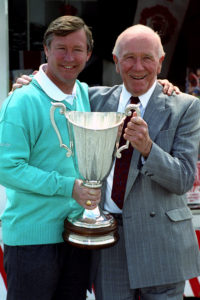 United’s next fixture will be against Crystal Palace, click here for the latest odds

After his first game in charge the Scotsman eventually got a home win in the November and results steadily improved as the season progressed.

The 1987/88 season saw the arrival of some great United signings, one of which being our RedArmyBet ambassador Brian McClair.

Choccy still remembers putting pen to paper on his contract at United, which would keep him in Manchester for over 10-years.

He said: “Fergie told me that he was going to rebuild a massive club and did I fancy being part of that and creating history which was an offer I did not want to refuse.”

The beginning of Fergie’s career had many peaks and pits, from new players making an impressive impact to runs of disappointing defeats.

In the 1989/90 season United signed some fresh faces such as Paul Ince and Gary Pallister, however after an embarrassing 5-1 away derby defeat and a poor dip in form Fergie experienced a difficult time in his career which was saved by a victory over Nottingham Forest allegedly saved his career. 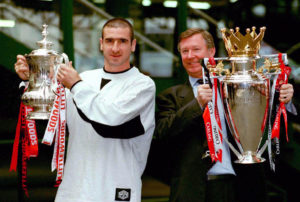 United to win the Champions League at 34.00*

After years of inconsistencies, a league title seemed very unlikely in the 1992/93 season, but as usual United failed to stick to the script that the critics so often like to write.

The arrival of a certain French striker by the name of Eric Cantona uplifted not only Fergie’s career but United’s future and in May 1993 the Scotsman won his first league title.

From there on the rest truly is history.

United ruled the game thanks to Sir Alex and his leadership.

His time at Old Trafford saw the comings and goings of some of the game’s legends. From the likes of Ryan Giggs and Paul Scholes who stayed faithful to their manager and club, to the arrival of big personalities like Cantona and Cristiano Ronaldo, Fergie nurtured and oversaw the careers of so many players who still to this day thank the Scotsman for his managerial style. 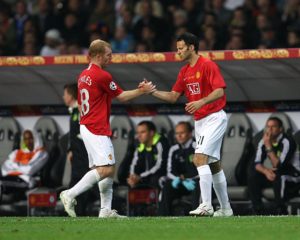 In numerous interviews Ronaldo has commented on his relationship with Fergie.

He said: “As I’ve said many times, he taught me everything. He was like a father to me. He helped me a lot at Manchester United.”

It was described as ‘the impossible dream’ – for United to not only become a club of remarkable stature, but to overtake fierce rivals Liverpool and hold the record for the most top-division titles.

Fergie created a legacy that I doubt Old Trafford will ever witness again – and he made the impossible dream very much possible.

REDARMYBET THE ONLY BOOKMAKER COMMITTED TO SHARING 50% OF NET PROFITS WITH UNITED FANS.