We have some tips for the big fantasy game this weekend. 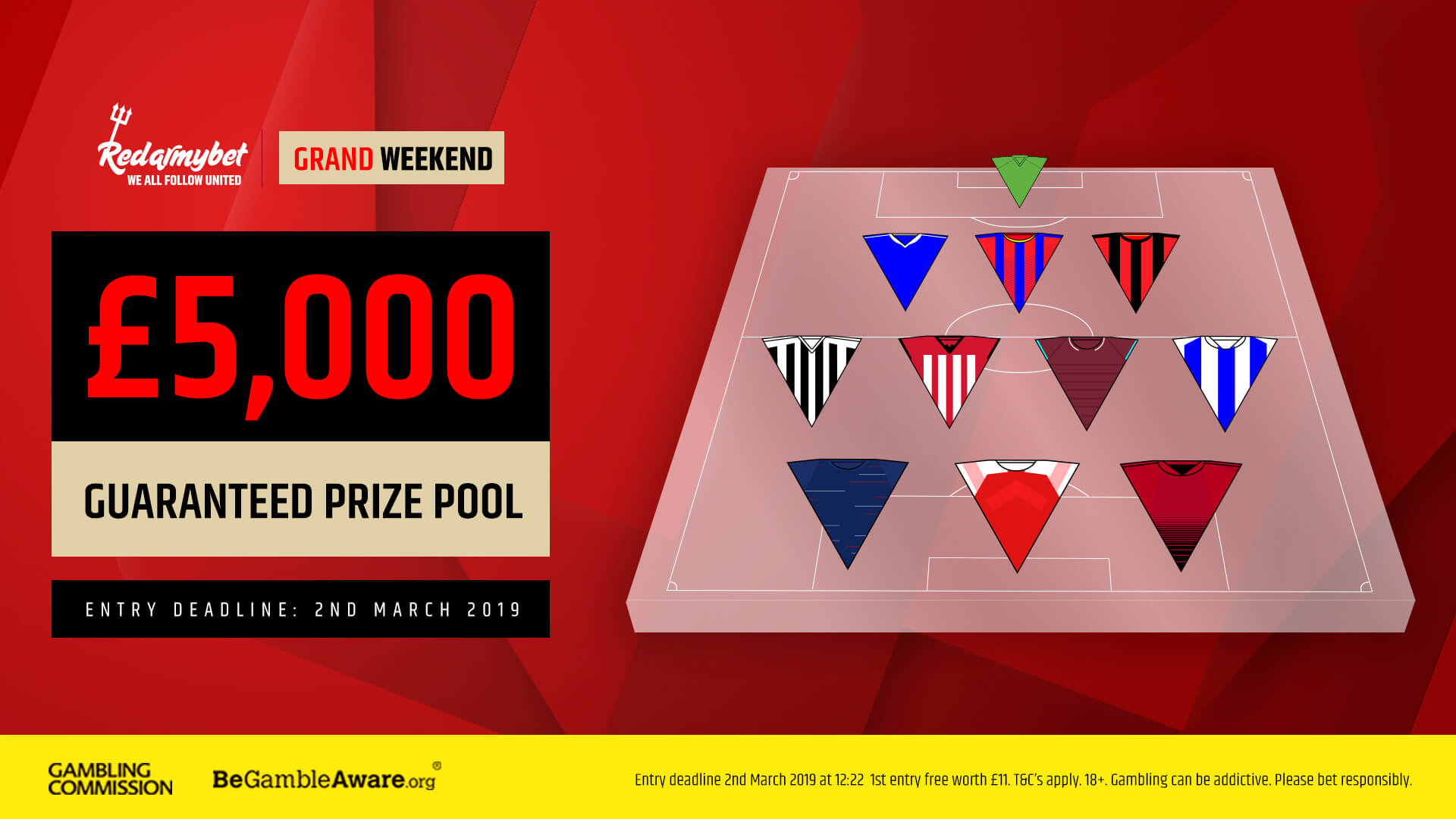 RedArmyBet are running a free-to-enter fantasy game with a prize pool of £5,000. Pick your XI for the weekend’s matches, sit back, and (hopefully) let the points rack up.

To give you some ideas, we’ve picked out five players who we think will have a good day at the office this week.

United welcome a struggling Southampton to Old Trafford on Saturday with questions still floating about who will be fit to play. While some teams would buckle under the weight of injuries to Jesse Lingard and, potentially, Marcus Rashford, United have enough strength to continue to thrive.

Revitalised under Ole Gunnar Solskjaer, Pogba has stepped up before and he can do it again. Under the reign of the interim manager, he’s become one of the most dangerous players in the league as well.

Meanwhile, Southampton fans might be wondering whether Ralph Hasenhuttl was worth the hype, with the Saints still battling relegation. Although the meeting earlier this season, back in December, ended in a 2-2 draw, United are a different proposition. They racked up the goals against bottom of the table opposition early in Solskjaer’s reign, could they do it again here?

Lukaku’s not had an easy time of it this season and, when Solskjaer first started in the job back in December, it looked like the Belgian was being sidelined. Now, though, with two goals against Crystal Palace, he’s back.

His quality has never gone away – the old ‘form is temporary’ adage – and with the performance against Palace he’s taken advantage of United’s injury problems to force himself into the spotlight.

A striker coming into form though still with something to prove coming up against relegation candidates: it writes itself, right?

Sign up free for the RedArmyBet £5k fantasy game

It might be painful to pick a City player, but fantasy football requires a ruthless streak. The Argentine was, by far, the best striker in the league in February. He scored seven, featuring hat-tricks against Arsenal and Chelsea. He’s not the Premier League’s top scorer for nothing.

City are playing a Bournemouth side who’ve been wobbly since their good start to the season. After looking like they might even be able to challenge United for sixth in the first couple of months of the campaign, they’ve slipped down to the midtable pack and are currently 12th.

For a midtable side, they have one of the worst defences in the league too, having conceded 48 goals in their 26 games. Only four other teams have conceded more.

Another hat-trick might be a big ask for Aguero, but he could be in amongst the goals.

Picking a fantasy team line-up is all about the match-ups, who’s playing who. Whoever Huddersfield are playing, it’s usually a good idea to pick their players, but the Terriers are playing Brighton this weekend. Brighton, who barely score a goal a game. Not a good idea.

Fulham are the next most-obvious whipping-boys, though, and they host Chelsea. The Blues might be going through a turbulent time, but they should still have more than enough quality to soundly beat their fellow Londoners.

Had Chelsea won the Carabao Cup final, Eden Hazard would surely have won the man of the match award. He looks in dangerous form; that’s not good news for Fulham, but it could be good news for those who pick him.

Hazard? Aguero? Or both? You can sign up and pick your team here

This one’s a bit of a wild card, but Rondon’s one of the most in-form strikers in the Premier League right now. He’s one of the leading players in February for expected goals, despite only managing one actual goal from it.

Still, Newcastle’s current run of form is benefitting him. They travel to a West Ham team who aren’t hugely consistent on Saturday and, if the Magpies win, they could put themselves in the midtable pack, safely away from relegation.

That’s a hell of a motivation, and a team coming off back-to-back wins. A cheaper and less fashionable option, he could give your team the edge over competitors.