Solskjaer has record in his sights

Ole Gunnar Solskjaer has broken a couple of records at the club already, but win at home to Burnley as expected and he can celebrate becoming the first manager in the Premier League era to emerge victorious from his first seven league games in charge (he’s currently tied with Carlo Ancelotti’s Chelsea and Pep Guardiola’s Man City).

He’s up to eight and counting across all competitions, the first time since January 2017 that we’ve managed that feat, and he’s stamped his own imprint onto the team and has clearly taken some inspiration from the phenomenal counter-attacking side he played in under Sir Alex Ferguson.

The case for his permanent appointment has reached fever pitch and those who never backed the removal of Jose Mourinho liked to point out the question “who is available?” at the time.

Zinedine Zidane had been strongly linked, but his key task as Real boss was to massage egos and repair the broken dressing room left behind by Rafa Benitez, as he largely utilized the same tactical blueprint implemented during Carlo Ancelotti’s time in charge of Los Blancos.

Solskjaer has already passed that test, but he added another string to his bow with a clever tactical move against Arsenal.

Romelu Lukaku was clearly instructed to often drift out wide on the right to exploit the space left by Sead Kolasinac’s forward forays, alleviating some concerns that Solskjaer lacks the requisite managerial credentials.

Competition for places can lead to a concentrating of the minds as City have discovered this term with fringe players desperate to seize upon their chances.

Alexis Sanchez looked something close to his effervescent best at his old stomping ground in the first real opportunity he’s had so far under new management, though with replacement and main rival for the spot on the left of attack, Anthony Martial, restoring United’s two-goal cushion in the final 10 minutes, he’ll have to accept the understudy role here. 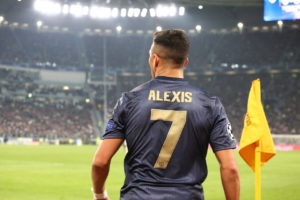 Sanchez made the most of his first real opportunity under Ole.

It’s a similar story for Lukaku, who shone with two assists in a man of the match performance, though again he’ll have to accept his new standing in the pecking order with Marcus Rashford simply undroppable on current form.

Indeed, the 21-year-old now has five goals in six starts since the change in the dugout, including a strike in each of our past four league games, and should take advantage against the third-worst defence in the league – especially as 42% of goals Burnley have shipped this term have come against ‘Big Six’ sides.

Marcus Rashford to score anytime at 1.90*