United Make a Strong Start to the Summer

It’s an oddity since Sir Alex – who is now thankfully back home after a month in hospital following his brain bleed – retired that every summer has felt like one in which United need 5/6 players and will prove pivotal in the club’s medium to long term future. This year is no different as Jose Mourinho tries once again to fashion a high-functioning unit out of a group of players who a great deal of the time look like they have never met before. Acquiring players will be vitally important again, but it will all be for nothing if their manager cannot extract more from the whole group.

Check out RedArmyBet’s World Cup Fantasy Game and you could win £25K.

Nevertheless, weaknesses across the entire defence, in midfield and on the right wing must be addressed and if Mourinho/Mendes acolyte Duncan Castles is to be believed, the Portuguese also wants a back up striker with height and power. The two names mentioned were Mario Mandzukic, now likely to stay at Juve after manager Massimo Allegri rebuffed Real Madrid, and Marco Arnautovic, which unsurprisingly freaked a few people out. One thus wonders what the future holds for Marcus Rashford, so effective and joyful to watch in his recent scoring England performance in a team that is fluid and which allows players to express themselves. It will be interesting to see how he fares in Russia, if he gets game time, in a well coached team with a clear style and positive intent. 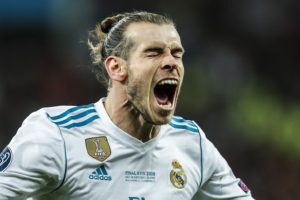 United have also been linked with Gareth Bale

Regardless, in a World Cup year and with the transfer window finishing in mid-August for the first time, there is an awful lot to do and if the last two summers are anything to go by not quite as much money as there should be to do it with. £30m was recorded as having left the club in the most recently published financial accounts in interest on the club’s £400m+ debt. Even without that wholly unnecessary expenditure, which over four or five seasons amounts to a £100-120m player amortised over the length of his contract, United should be able to compete in the transfer market to a greater degree with City, particularly with a wagebill/turnover ratio that is smaller than most Premier League clubs. That relative frugality becomes increasingly damaging as Liverpool, stadium expansion complete and Champions League football now the norm once again, continue to invest more heavily. With Tottenham finally starting to pay its stars something approaching market rates and a beautiful new stadium close to completion, the competition is only going to get more intense. On the flip side, Arsenal and Chelsea are facing new immediate financial realities. These are interesting times.

There’s £25,000 to be won with RedArmyBet’s World Cup Fantasy Game.

United, to their credit, have made a solid start to the summer, in the last week effectively completing deals for the Brazilian midfielder Fred from Shakhtar and Portuguese phenom Diogo Dalot from Porto, the latter for a relatively modest sum thanks to the existence of an impending buyout clause. This is an unusual pair of signings in that they are relatively unknown to most fans and I will not pretend to have a clue myself. Dalot has only six senior top level appearances to his name and whilst Fred has excelled in Ukraine I’ve only seen him play 3/4 times in the Champions League. I’m also reticent to parrot scout reports and in-depth media backstories on both players, having been burned before by believing positive reviews. Far too many United signings have not reached anything like their potential at the club. As right back Dalot arrives Matteo Darmian looks set to leave, a walking, talking example of the player’s performances not coming close to matching the descriptions provided by seasoned Serie A watchers. With Napoli and Juventus reportedly negotiating for his purchase we have to hope this is not another example of United stifling a far more talented player. Time will tell.

Widespread reports this week also suggest that Ed Woodward and co are negotiating the signing of Toby Aldereiweld, whose prospective transfer has been an open secret for some time. The Evening Standard and others suggest that United have offered £55m, whilst the ever funtime Daniel Levy is asking for £75m. United, meanwhile, are believed to be considering other targets, unwilling to meet Tottenham’s demands.

This news led to the painfully familiar social media refrain  of, “he’s not worth that, walk away and get xxxxxx”, and the always humorous, “they are taking the p*ss asking for that”, for a player that they own and whose value they want to maximise. Football fan hypocrisy, driven by blind tribalism, is grating more and more the older I get.

If the club followed the ‘walk away’ advice for transfers every year they’d have half a team. It baffles me annually that some watch this familiar dance of asking for a high price at the outset of negotiations, followed by the prospective purchasers briefing journalists that they have other targets for whom they are perfectly happy to move instead, and still express outrage when it happens again.

The currently named alternative is Sevilla’s young centre back Clement Lenglet, who performed exceptionally against United in the Champions League but who has been far less impressive in La Liga, where his team shipped goals liberally. The Frenchman has a handy release clause in his contract in the region of £30m. It’s the start of June, with over two months until the transfer window closes. With a host of central defenders already at the club who are a level below top class it might be a good idea to have some patience and be careful what you wish for.

United have been linked to left back Alex Sandro and Marouane Fellaini, now hilariously in talks with Arsenal, may (if the stars align) leave when his contract expires at the end of the month. The signing of Fred is yet to be announced, for unknown reasons, and he recently picked up an ankle injury in training with Brazil of indeterminate severity. One hopes it does not threaten his availability for the tour to the US and the start of the season. Regardless, to have two signings in before the World Cup is excellent business, in a summer in which Tottenham and City are yet to make a splash, Arsenal are scraping the bargain basement barrel, Chelsea are in stasis due to Roman Abramovich’s visa troubles and Liverpool have managed to screw up another transfer, temporarily at least, United have so far been ahead of the game.

RedArmyBet are the only bookmakers that promise to share 50% of net profits directly with United fans. Sign up HERE.