Now that Jose Mourinho has gone, Manchester United can look to the future.

It seems Sunday’s dismal 3-1 defeat to Liverpool at Anfield – or, more specifically, the manner in which Jurgen Klopp’s Reds dominated – was the last straw for the United board.

Now, with the caretaker position filled by Ole Gunnar Solskjaer, United can conduct a thorough search for Mourinho’s successor and the club can approach the upcoming Champions League round of 16 encounter with Paris Saint-Germain with a ‘nothing to lose’ attitude.

Something has to change. The Red Devils’ defeat to Valencia on Matchday 6 of the Champions League meant they finished behind Juve in their group and, as a result, have landed PSG.

The visit of the French champions to Old Trafford is two months away and, in that time, Mourinho’s short-term successor must formulate an approach that will serve as a departure from the cautious tactics which cost United dearly in Europe last season and which contributed to the Portuguese coach’s downfall.

Back United to beat PSG at Old Trafford at 3.45 with RedArmyBet*

And there is much to learn from United’s shock exit to Sevilla last season. Having efficiently navigated a group containing Basel, CSKA Moscow and Benfica to clinch 15 from a possible 18 points, Mou’s tactics in the last 16 held his team back.

United managed just two shots on target away to Sevilla and were lucky to escape with a 0-0 draw. Of course, while some viewed it as a hard-fought result at the end of a challenging European assignment, others knew the lack of an away goal was something to get nervous about.

And it was. Wissam Ben Yedder’s double at Old Trafford sent United crashing out of Europe. Although Mourinho will not be afforded the opportunity to atone, the players can use his dismissal as an unshackling, a chance to express themselves in an attacking sense (something, by many accounts, Mourinho prevented).

Already out of touch in the Premier League, United can view the Champions League as a chance to salvage their season.

It’s far from impossible either. There are much better teams than United in Europe’s top competition but Chelsea recovered from Andre Villas-Boas’ dismissal to upset the odds and go all the way under Roberto Di Matteo’s auspices in 2012. 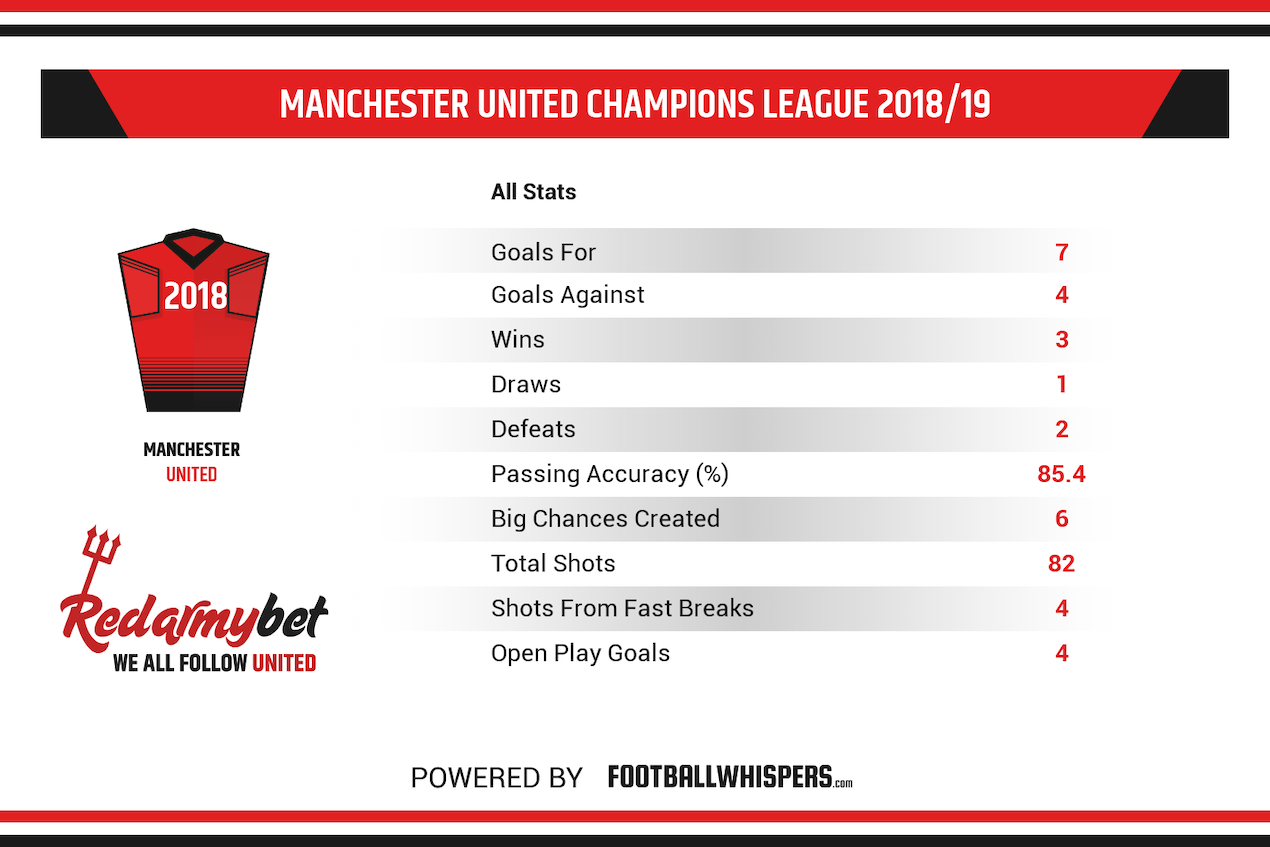 Likewise, knowing that they were not going to catch Manchester City in the Premier League last season, Liverpool prioritised their European commitments, doing brilliantly to reach the final before coming up short against Real Madrid.

Progressing at the expense of PSG will certainly be tough. Les Parisiens boast a star-studded attack with Neymar, Kylian Mbappe and Edinson Cavani but are far from insuperable, as proven by Liverpool. With Mourinho out of the picture, United can depart from the cagey tactics which handed the tie to Sevilla last season.

Thomas Tuchel’s PSG are the runaway leaders in Ligue 1 this season but their most recent visit to England exposed some of their fragilities, particularly down the left side of defence where Juan Bernat and Presnel Kimpembe struggled with Trent Alexander-Arnold and Mohamed Salah.

PSG have also been exposed at the Parc des Princes. In their 2-2 draw with Napoli, the Italian side’s front trio of Lorenzo Insigne, Dries Mertens and Jose Callejon regularly found space in behind and Tuchel’s men required a stunning stoppage-time goal from Angel di Maria to rescue a point.

On paper, United are easily underdogs against PSG but Mourinho can use that to his advantage. Given the money the Ligue 1 holders have poured into their Champions League dream, shelling out exorbitant fees for Neymar and Mbappe to form an attack capable of driving the club to glory, there is also immense pressure on Tuchel.

Back Mauricio Pochettino as United’s next permanent manager at 13.00 with RedArmyBet*

This is the German’s first year at the helm but is still expected to show clear signs of progression on the European front. In 2017, PSG squandered a 4-0 lead against Barcelona, losing 6-1 in the second leg of their round of 16 tie to exit the competition in ignominious fashion.

Last season, they fell once again to a La Liga giant, losing 5-2 on aggregate as Real Madrid progressed to the last eight. It’s important for United to remember PSG’s own struggles in Europe of late and use that as a means to shape the tie in his favour.

This season is different. With the first leg at Old Trafford, there is an opportunity to unnerve their opponents and set the tone. With Mourinho gone and a black cloud lifted over Old Trafford, one feels that Paul Pogba, Romelu Lukaku and Alexis Sanchez (assuming they are all fit and still at the club) can find joy against PSG and haul United out of the wreckage.