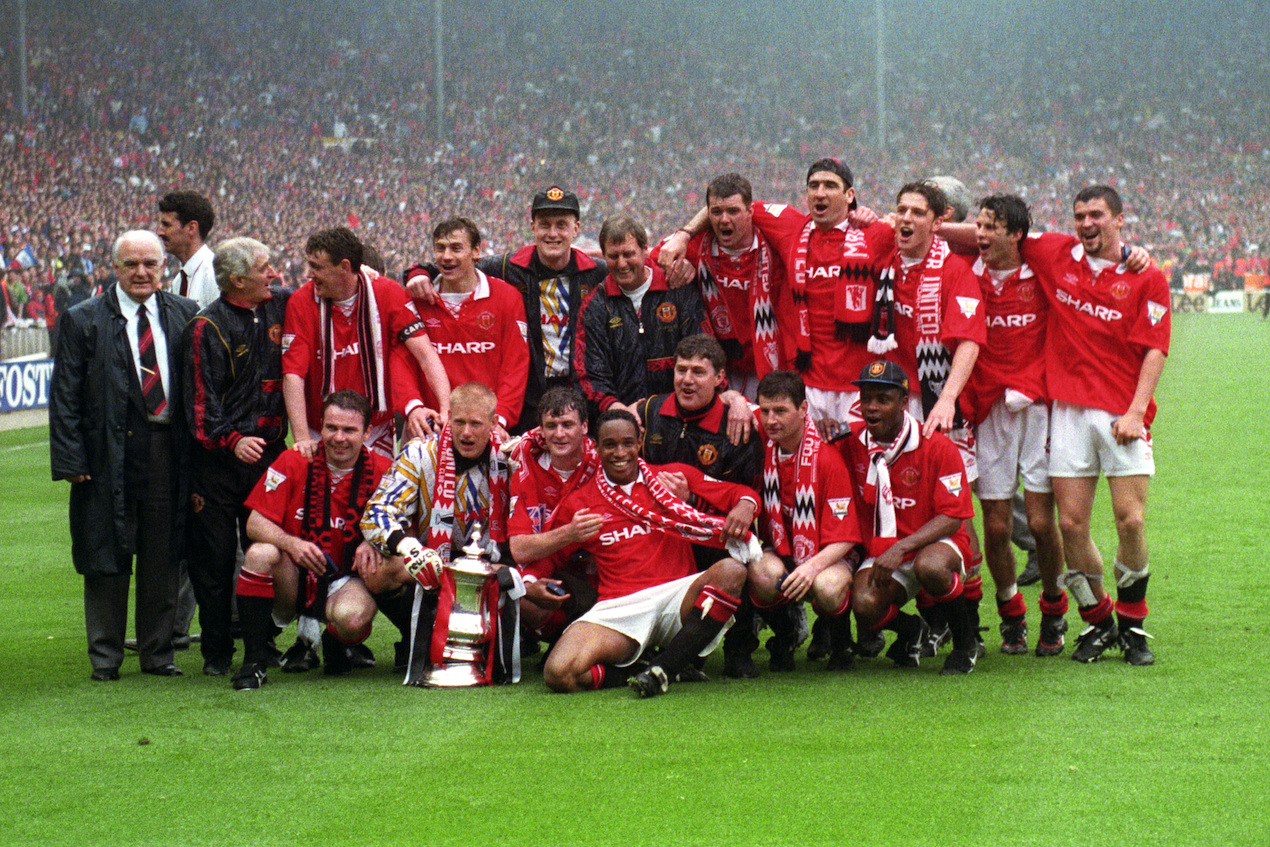 A jubilant Manchester United on the pitch at Wembley after they beat Chelsea 4-0 to win the FA Cup.

Manchester United face Chelsea at Stamford Bridge on Monday night to contest a place in the FA Cup quarter-finals.

United fans will have mostly unpleasant memories of facing the Blues in football’s oldest cup competition in recent years, having lost in the final to Antonio Conte’s side last season and suffering an extra-time defeat in the first FA Cup final at the new Wembley Stadium back in 2007.

But United have enjoyed some historic FA Cup triumphs over Chelsea down the years, not least of which the 4-0 thumping at the old Wembley in 1994 which secured the club’s first ever league and cup double.

Here, we look back at United’s five greatest FA Cup moments against Chelsea. 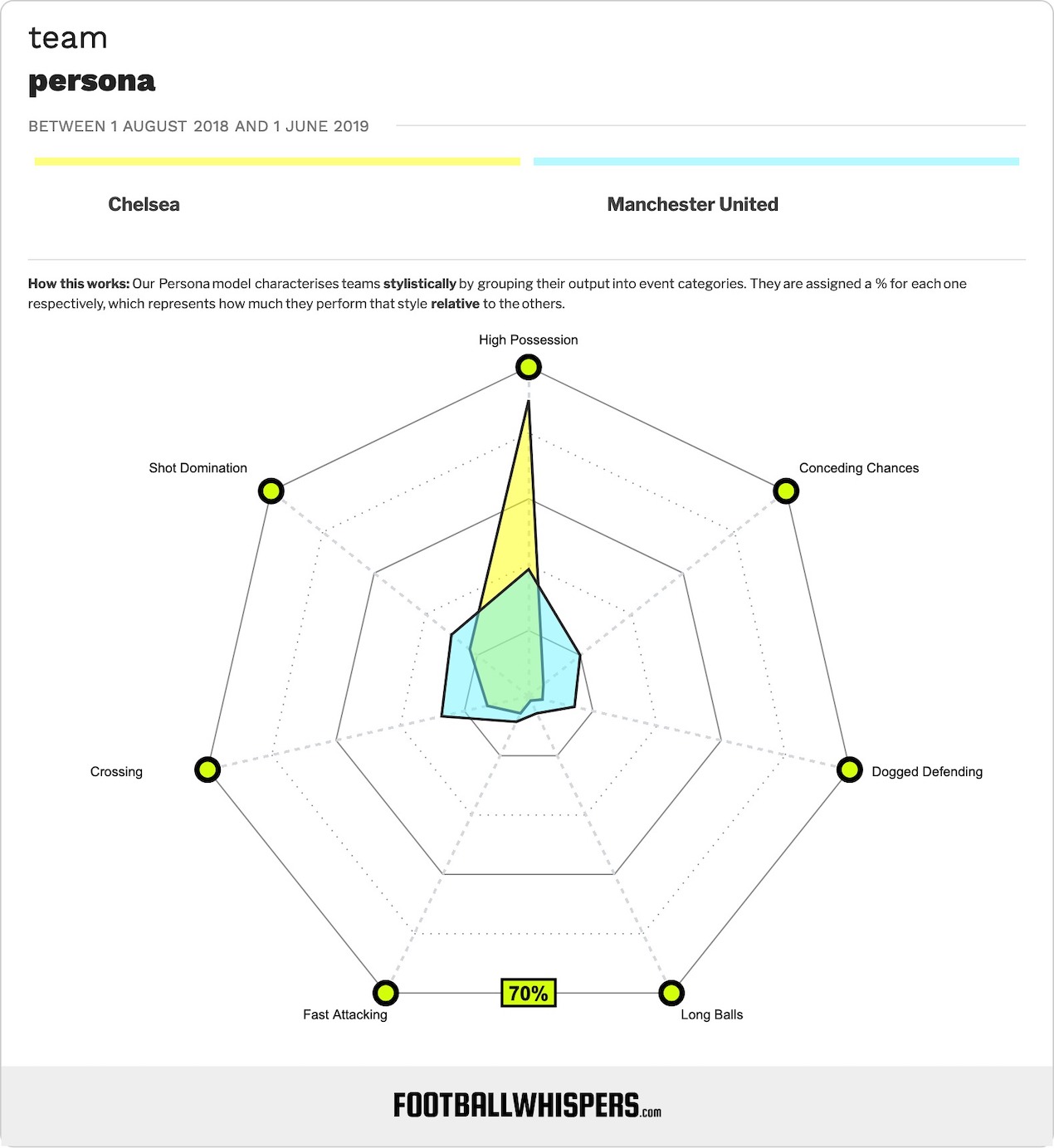 United are 3.60 to beat Chelsea at Stamford Bridge on Monday*

This wasn’t a particularly vintage era for the Red Devils, who would go on to finish ninth in the First Division, a one-place improvement on the season before, but a side containing Martin Buchan, Steve Coppell and the Greenhoff brothers was too strong for the visiting west-Londoners.

Goals from Coppell, Jimmy Greenhoff – who would end the season as the club’s top scorer with 17 goals – and Ashley grimes sealed a resounding victory.

United went on to reach the FA Cup final, losing to double winners Arsenal 3-2 in a Wembley classic in front of 100,000. United were able to build on the momentum of this cup run to finish second in the top flight the following season.

United saw off Chelsea against at Old Trafford in the FA Cup, this time in the fourth round, in Alex Ferguson’s first full season as manager.

Goals from Brian McClair and Norman Whiteside in front of a 50,000-strong crowd at Old Trafford sent the Red Devils through to the fifth round, where they were again beaten by Arsenal, losing 2-1 at Highbury.

Eric Cantona struck twice from the penalty spot to send United on their way to a second FA Cup triumph under Ferguson and the club’s first ever double.

The Frenchman’s brace from 12 yards was followed up by goals from Mark Hughes and McClair in the second half, capping a comfortable victory for English football’s newly established dominant force.

This game marked the zenith of Ferguson’s first great United side. But the manager would rip his squad up at the end of the following season – after narrowly missing out on another double, losing to Everton on the FA Cup final and second to Blackburn Rovers in the Premier League – selling key, experienced players such as Paul Ince and Andrei Kanchelskis to make way for the ‘Class of ‘92’.

And Ferguson’s controversial decision to part ways with such star names was vindicated by the end of the 1995/96 campaign when another double was secured, with the new breed of Gary Neville, David Beckham, Paul Scholes, Nicky Butt and Phil Neville all beginning to blossom at first-team level.

United were again matched up with Chelsea on their route to FA Cup glory, this time for a semi-final showdown at Villa Park.

But United fought back to book a Wembley date with Liverpool thanks to second-half goals from Andy Cole and David Beckham.

What was shaping up to be a stroll into the fourth round for United was made to look much closer than it ought to have by a late Chelsea rally at Stamford Bridge in January 1998.

The Red Devils raced to a 5-0 lead as they blew away the home side, who were at this point managed by Gullit, although he would be replaced by Gianluca Vialli the next month.

Beckham (2), Cole (2) and Teddy Sheringham scored the goals that had United cruising, only for a complacent final 12 minutes to allow Graeme Le Saux and Vialli (2) to make for a nervous ending.

A decade which had seen United and Chelsea regular FA Cup foes was rounded off by a tense quarter-final meeting.

An initial 0-0 draw at Old Trafford meant treble-chasing United would have to overcome a strong Chelsea side, who would finish third in the Premier League that season, on hostile territory.

The Red Devils of course went on to defeat Newcastle United in the final in May, before dramatically edging out Bayern Munich in Barcelona to seal their historic three-trophy haul.