United’s Next Manager: Pochettino: From People’s Choice to Expensive Folly?

Has Spurs' manager's chance of taking over at Old Trafford been and gone? 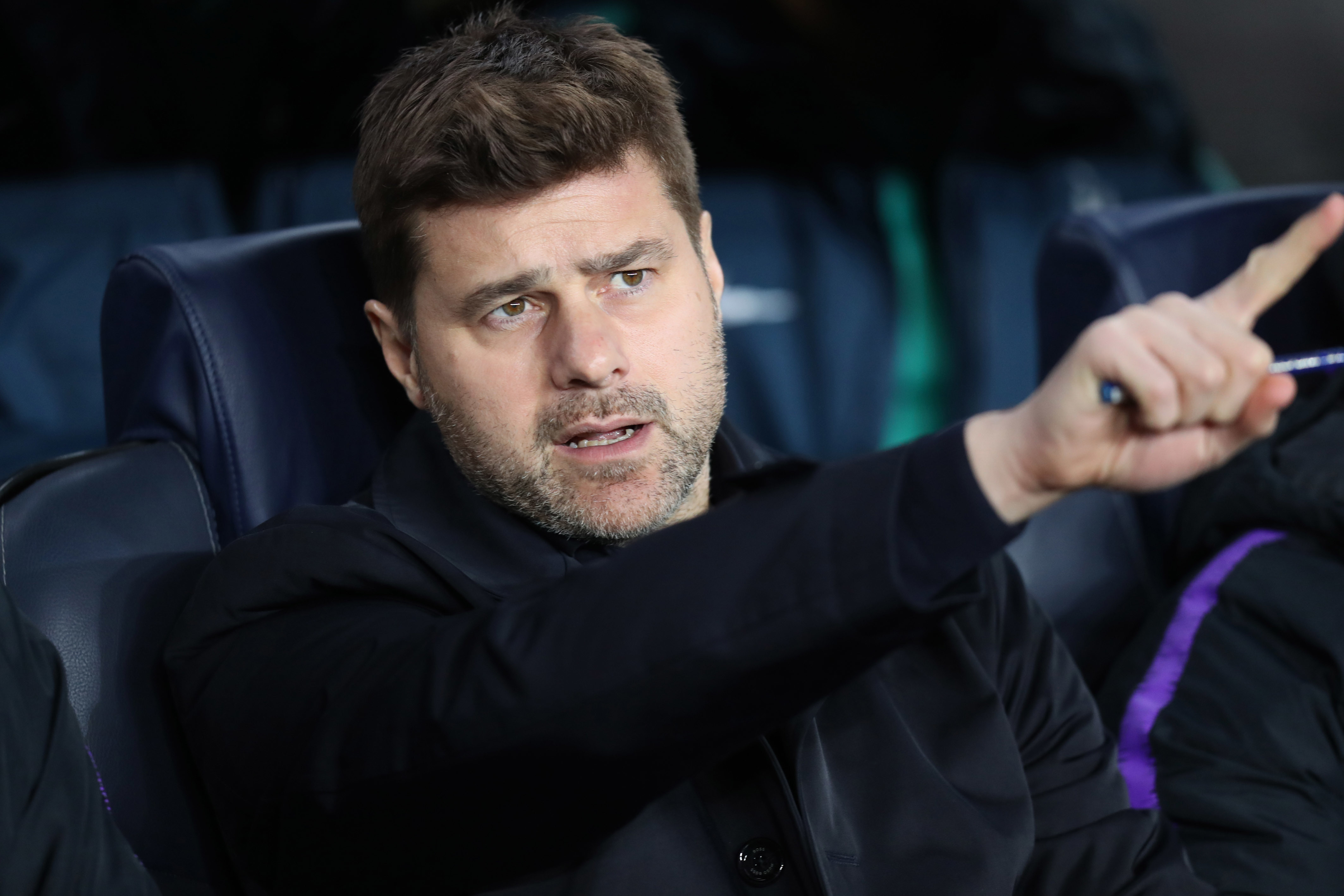 When Jose Mourinho was handed his P45 few United fans were sorry to see him go. The football had become turgid, the players demoralised, the results dreadful. Apart from that it was great.

Even before Jose joined the jobless, rumours of his replacement were surfacing. The overwhelming favourite among fans, media and pundits was Mauricio Pochettino. In December, the Argentinean’s stock was very high indeed. Spurs had beaten United 3-0 at Old Trafford earlier in the season. There was still a small outside chance Pochettino’s side could mount a title challenge. Let’s not forget Spurs were also in with a shout in all three cup competitions. The biggest stick to beat the former Saints manager with – lack of silverware- could be coming to an end.

United to score more than 2 goals in the first half v Burnley was 2.80 now 3.10 with RedArmyBet

Fast forward two months and it’s not looking as likely Pochettino is United bound. The last week has been a disaster for Spurs. First of all they were knocked out of the League Cup. Surrendering a 1-0 first leg lead to Chelsea, eventually going out on penalties. Then to add to insult to injury Crystal Palace knocked them out of the FA Cup. As if all that wasn’t bad enough they’ve also got an injury list that would make Salford Royal blush.

Injuries at Spurs threaten more than just their season

Harry Kane and Dele Alli have been missing from both cup exits. Meanwhile the one player who could step up in their place – Heung-Min Son has been away with South Korea in the Asian Cup. Fernando Llorente was tasked with leading the line against Chelsea and Crystal Palace. Despite a goal against the former it’s safe to say the former Swansea man struggled over the two games. Llorente simply isn’t Harry Kane just as Lucas Moura isn’t as effective as Alli. Pochettino will rightly argue no Summer signings plus a cluster of fixtures has made life difficult. There’s no denying Spurs needed to spend in the Summer and spend big. 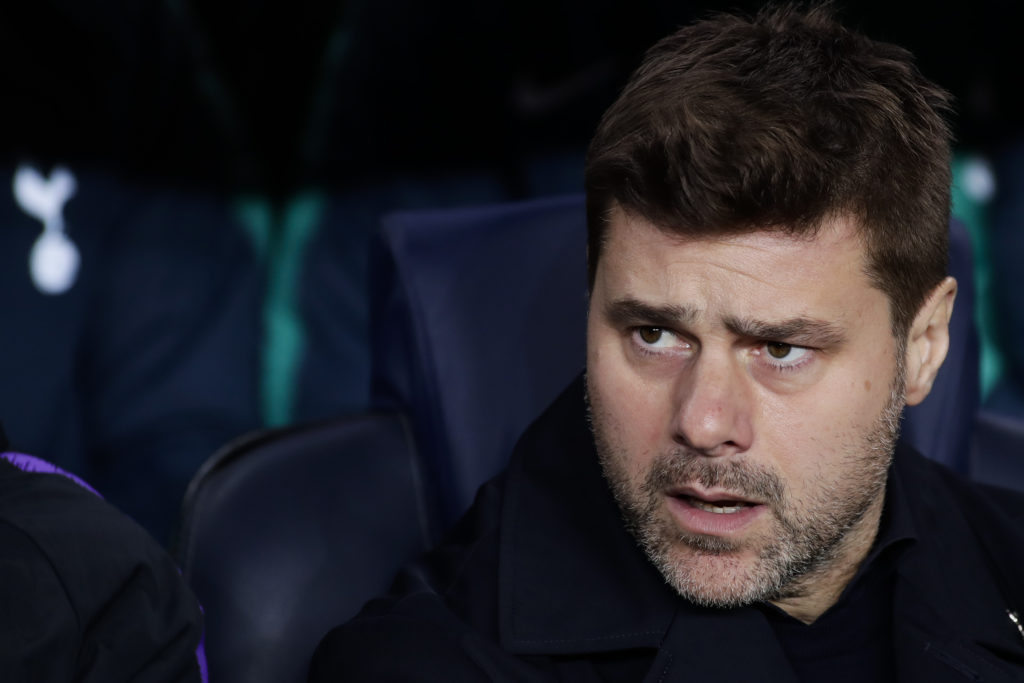 The issue is Pochettino has flattered to deceive once too often. He’s been a domestic cup finalist in his first season, plus semi-finalist in the last two. Yet still Spurs remain trophy-less and the excuses are wearing thin. Even the 2015-16 season which saw Spurs mount a title challenge, ended in embarrassment. Arsenal finishing second as Spurs came third left their fans feeling despondent yet again. It was a two-horse race between Spurs and Leicester. And Spurs came third!

Regardless of how much investment his team needed, Pochettino will be judged on results. The Spurs boss has already tried to shift the focus away from the cup exits. Following the defeat to Palace, Pochettino declared:

“We are going to create a debate that to win a trophy is going to help the club,” Pochettino said.

“I don’t agree with that. That only builds your ego. In reality, the most important thing is being consistently in the top four and playing Champions League. That is going to help the club to achieve the last step.”

Do those comments remind you of anyone? They’re dare I say, Mourinho-esque in their defiance, which borders on ignorance. A club that’s not won a trophy in over a decade needs silverware.

When you compare Poch’s recent comments to Ole’s only one of them sounds like a Manchester United manager.

“We’ve got the Champions League, we’ve got the FA Cup, we can’t just say top four and that’s it.”

“We’ve got to look at ‘can we win something this year?’ and I go into every single game as a Man United manager thinking we can win this game.”

In Poch’s defence it’s true Champions League football is vital for Spurs. It’s even more fundamental now that Pochettino’s men will be playing in a new stadium. Pochettino’s ability to work without spending vast sums may appeal to the Glazers. The same can’t be said of the compensation Spurs will demand for him.

The issue for Pochettino is that United fans don’t covet ‘just’ top four any more than Alex Scott covets listening  to Graeme Souness each week. Hearing a manager claim top four is like a trophy is like hearing one claim we’ll make life difficult for Newcastle. Or finishing 19 points behind City is a fantastic achievement. Or a loss at home to Middlesbrough is progress. United have had their fair share of drivel from managers since Fergie retired. We really don’t need any more.

Not winning a trophy is one thing, but finishing outside the top four AND not winning one is something else. Pochettino’s stock would hit an all-time low if Spurs didn’t manage to make the Champions League next season.

And Solskjaer has won it!

Part of the problem for Pochettino – or any mere mortal for that matter, is Ole’s excellence. The baby-faced assassin can’t stop winning, on and off the pitch. Sumptuous football, a 100% record – at the time of writing- and saying all the right things have made Ole the people’s choice. It would take a brave or foolhardy man to replace his royal Solskjaerness with someone else.

Fortunately for Pochettino, should he want the job, Ed Woodward is both brave and foolhardy. There’s every chance the Spurs’ manager may have been top of Ed’s wishlist to the point he’s already made him a post season offer. If he has told the former Saints manager he can come to Old Trafford in the Summer, can he really go back on his word?

All this could be academic of course, as despite being the biggest club in England, if not the world, United aren’t guaranteed to attract Poch. The Spurs’ boss has been building a young team practically from scratch for the past four years. The club are about to move into a shiny new stadium. There’s also the idea that Pochettino may not fancy swapping the bright lights of London for those of Manchester.

If they’ve built it, will Pochettino come?

Much may depend on what happens between now and the end of the season. Should the Ole bubble burst and Pochettino manage top four and a decent Champions League run, then who knows? Woodward may favour a manager he can take credit for bringing to the club, rather than one who was simply returning to his spiritual home. Right now you’d be hard pressed to find a Red who doesn’t want Ole to take over permanently. Football is a fickle mistress however, even Jose Mourinho was backed by most fans up until around November.

RedArmyBet is the only bookmaker committed to sharing 50% of profits directly with United fans.