We take a look at United's opposition in the Champions League

Despite a very rocky start to the season for Manchester United, fans cannot deny their excitement for the return of Champions League football to the bright lights of Old Trafford.

With a group that includes the likes of Cristiano Ronaldo and his Juventus team, a win against Young Boys in United’s European opener was vital.

The Reds managed a 3-0 win over the Swiss side, with goals from the likes of Anthony Martial and a brace from Paul Pogba.

There were numerous great performances in the game, including Luke Shaw and newcomer Diogo Dalot.

Although things may have gone downhill in the Premier League and Carabao Cup, United could still rectify their recent uncertain form with a win against Valencia.

Taking all three points against the La Liga side would be a great help to the Reds getting out of their group, especially with Juventus waiting in the wings.

Here at RedArmyBet, we give you all the information you need to know ahead of United’s clash with Valencia.

For the latest odds on United’s fixture with Valencia, click here

The team are currently sat in 14th position in La Liga with just eight points from seven games. Valencia have had a run of four draws in a row in their domestic league against the likes of Celta Vigo and Villarreal, but fortunately last weekend Marcelino’s team got their first win of the season against Real Sociedad.

Kevin Gameiro got Valencia’s only goal in the game which will have hopefully given the team a boost ahead of their trip to Old Trafford, and with a fixture against Barcelona on Sunday, Los Che will want an easy game tonight.

For the latest odds on Valencia v Barcelona, click here

During their last campaign, Valencia enjoyed a successful season. It was their first season under Marcelino after their 2016/17 season consisted of four managerial changes. The Spaniard led his team to a fourth-place finish in La Liga and they also managed to reach the semi-final of the Copa del Rey.

Despite their current position in La Liga, Valencia have a host of quality players who could feature against the Reds.

Two players that United fans could remember are former Arsenal defender Gabriel Paulista and midfielder Francis Coquelin. Paulista has been with Los Che since 2017 and has made almost 30 appearances, whilst Coquelin joined the side in January 2018.

Valencia are at 4.00 to qualify from Group H*

One player to watch for Valencia is Rodrigo Moreno. He was their top scorer last season and has experience at a variety of clubs. The Brazilian spent a season at Real Madrid before moving across the border to Benfica, where he was loaned to the likes of Bolton Wanderers and Valencia, who he then signed for in 2015.

The 27-year-old has won numerous awards both personally and with clubs, which includes a Primeira Liga as well as finishing as a Europa League runner up two years in a row. Rodrigo was also part of Spain’s 2018 World Cup squad and scored a goal in Spain’s Nations League fixture with England last month. 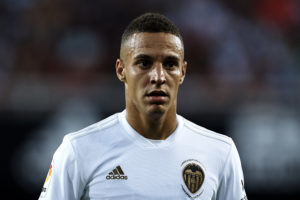 Rodrigo Moreno could feature against the Reds.

Another well-known player who could feature is Kevin Gameiro. The French striker spent two seasons with Paris Saint-Germain where he won a league title and has also won the Europa League three times with Sevilla and last season with Atletico Madrid.

The 31-year-old has some great experience in Europe, and although he did not feature for France in the World Cup, after scoring over the weekend against Sociedad, the striker will be keen to continue finding the back of the net. 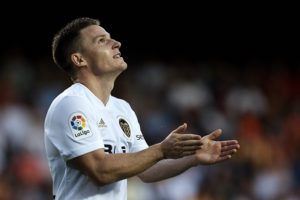 Will Kevin Gameiro find the back of the net tonight?

Although many fans will be nervous ahead of tonight’s game due to Valencia’s experience and squad along with the issues surrounding United at the moment, the Champions League is a competition where no team should be underestimated, and anything can happen.

This is United’s chance to prove that they are still a force to be reckoned with, and there is no better stage than the Champions League.

This Week in 1986: Fergie’s reign at Old Trafford begins