The Palace right-back could help solve a problem position for Jose Mourinho.

Among the great mysteries and head-scratchers of Manchester United in the post Sir Alex Ferguson era, and there are many, is that for five years they’ve persevered in their bid to remain Premier League and Champions League challengers without a recognised right-back.

David Moyes, Louis van Gaal and Jose Mourinho have favoured Antonio Valencia as their go-to full-back; the Ecuadorian a winger by trade who was adapted by Ferguson as a stop-gap measure but has held the position down ever since.

He deserves credit for his professionalism, but it seems he can keep up the act no longer. The Matteo Darmian experiment never got off the ground, leaving just Ashley Young and a rather inexperienced Diogo Dalot.

However, another young right-back has been catching eyes in the Premier League, and it happens to be someone that will be lining up against United this Saturday. Our friends at Football Whispers are here to tell us all about him: Aaron Wan-Bissaka.

Manchester United to win and Palace not to score, 2.20*

Although only a year older than Dalot, Crystal Palace’s Croyden-born right-back is very much Premier League ready. Wan-Bissaka broke into the Palace side last season and has been an outstanding addition to Roy Hodgson’s starting XI.

The England Under-21 international has impressed with his tenacity, athleticism and overall development and looks set for a bright and lasting career, which may or may not end up at Old Trafford. 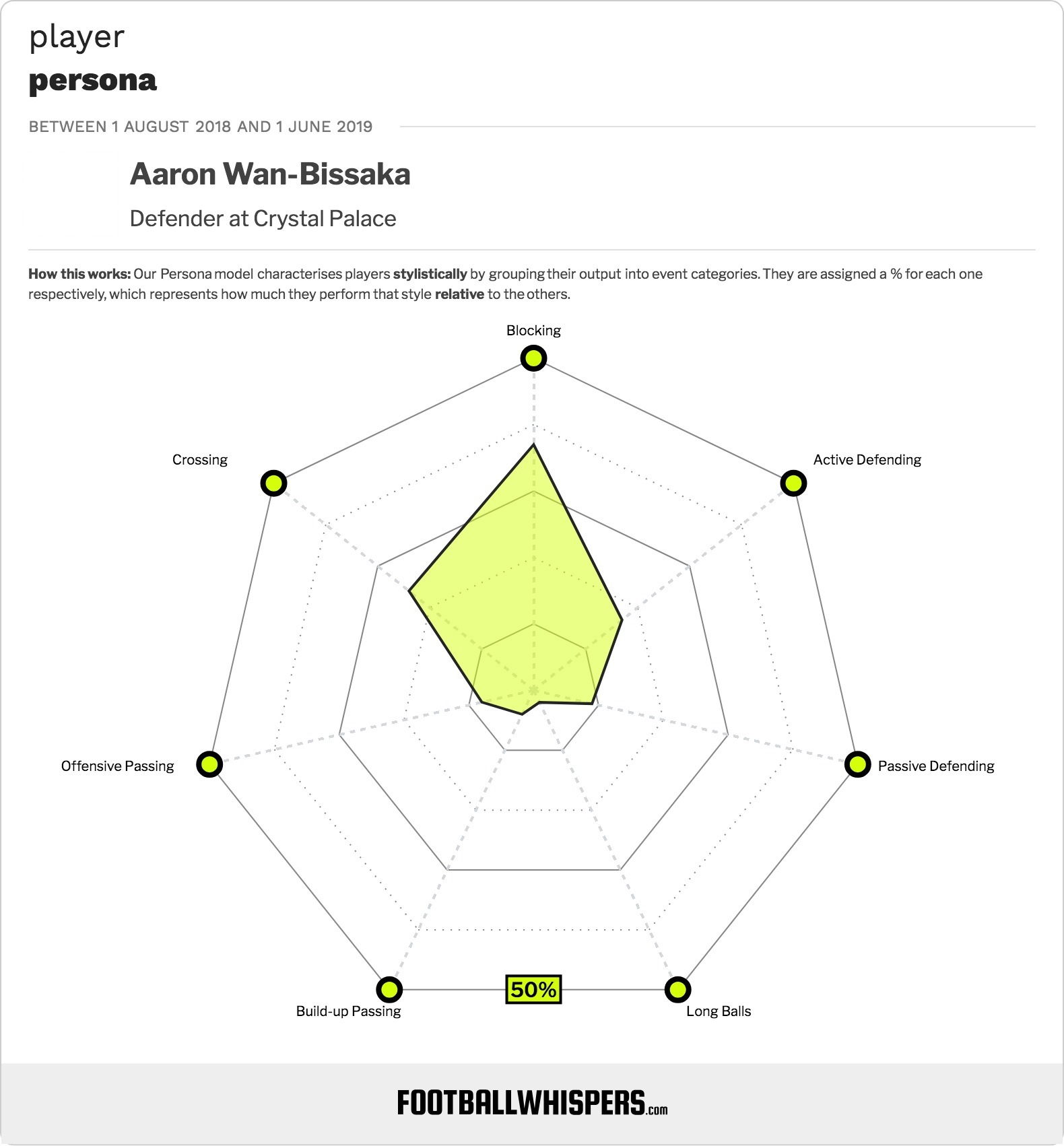 Originally a flying winger, utilising his pace and technique, it was Ronaldo De Boer who first considered his potential as a right-back, taking him on their pre-season tour in the summer of 2017, but the Dutchman’s short reign meant he never saw any first-team action in the Premier League.

De Boer’s replacement Hodgson included him in a number of first-team squads and then, due to a number of injuries in the position, granted him his debut against Tottenham in February this year.

Four of his first five performances for the club were against Spurs, United, Chelsea and Liverpool but, thrown in at the deep-end, he showed his full capabilities even winning Palace’s Player of the Month for March.

That, in itself, showcases not only his ability but his mentality at making such a quick transition to life as a Premier League footballer and against such high-calibre opposition.

Since that breakthrough, Wan-Bissaka has made 18 Premier League appearances and won England Under-21 honours. His star is very much in rising and if he continues on this trajectory it’s hard to see Palace holding onto him for much longer, especially considering how attractive a young, dynamic right-back is. 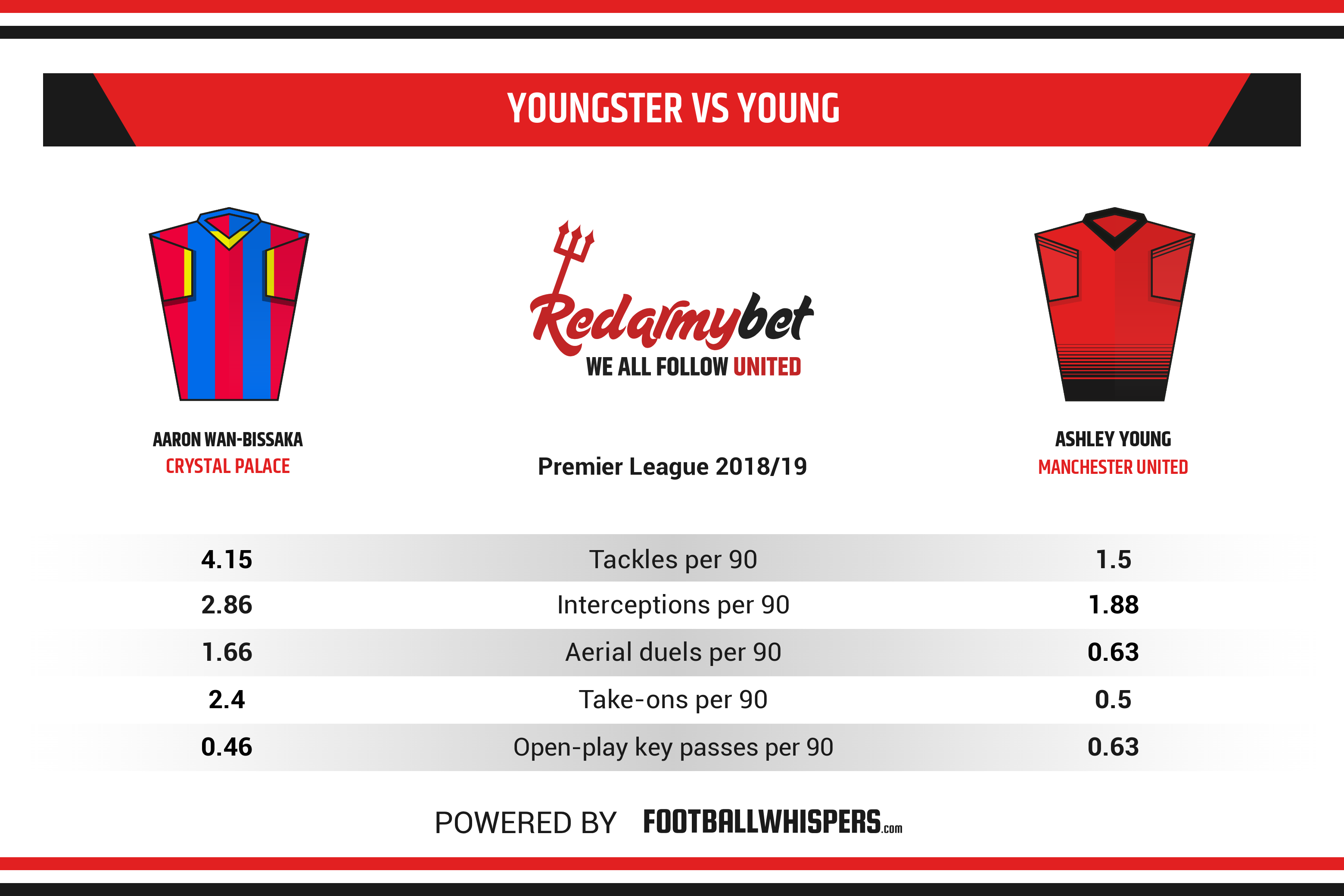 Since his debut, among Premier League defenders, only West Ham’s Arthur Masuaku (3.08) averages more successful take-ons per 90 minutes than Wan-Bissaka’s 2.18. He also has more tackles than any other defender at 4.15 (1.02 than the next highest ranked player) and is fifth for interceptions (2.58). Those numbers are quite remarkable for an individual still in his first year of being a professional.

This season alone, he’s the No 1 ranked full-back for those aforementioned metrics and is sixth for accurate through balls (0.09) and forward passes (20.58).

He’s developed something of a trademark with the recovery slide tackle, as still slightly positionally naïve, his pace and athleticism allows him to get back at opposition wingers, even when they’ve beaten him the first time. His accuracy is also excellent having completed 45 of his 47 tackle attempts this season.

Sooner or later, he won’t be afforded such luxuries and his anticipation of danger and timing of when to tackle and when to hold his position will have to be perfected. An aspect of his game, in fairness, he is gradually developing.

Anthony Martial to be first goalscorer against Palace, 5.85*

Wan-Bissaka’s desire to, to coin an English football adage, “get stuck in” does have its drawbacks as he’s already been sent off twice, for Palace and the England Under-21s, due to, you guessed it, mistimed high risk-high reward tackles.

But that can be put down to the exuberance of youth, and the base of defensive skills and top-level experience that he already has is a fantastic one to build on. For a manager like Mourinho, looking to solve his side’s defensive deficiencies in particular, that could be ideal.