The defender has lost his way recently.

There was tentative talk, after a brilliant first season, that Eric Bailly could become a defensive titan for Manchester United, emulating his illustrious predecessors Nemanja Vidic and Rio Ferdinand in the back-line.

The Ivory Coast centre-half was Jose Mourinho’s first signing. A £30million capture from Villarreal, the defender quickly became a cult hero among the Stretford End faithful.

His aggressive style of defending and infectious personality made him hugely popular. Naturally, big things were expected after a productive first year.

However, Bailly finds himself fighting for his future at Old Trafford having seemingly fallen out of favour under Mourinho. Our friends at Football Whispers look at whether he can work his way back into Mourinho’s good books amid growing Arsenal and Tottenham transfer rumours.

Bailly arrived at United in June 2016, heralding a summer of impressive investment at the start of the Mourinho era. After the Ivorian, Paul Pogba, Henrikh Mkhitaryan and Zlatan Ibrahimovic completed United’s business.

Back United to win their next two matches (Chelsea and Juventus) at 16.50 with RedArmyBet*

Ibrahimovic scored 28 goals that season and Pogba added swagger to the midfield, but many United fans were equally as impressed with Bailly’s progress.

Settling smoothly into English football, he ranked second among defenders in the Premier League for tackles in the 2016/17 season with 2.66 per 90 and seventh for interceptions with 2.62.

Although a knee injury ruled him out for six weeks, when fit his stellar performances helped United to League Cup and Europa League success ( he was suspended for the latter’s final but did make the Squad of the Season). 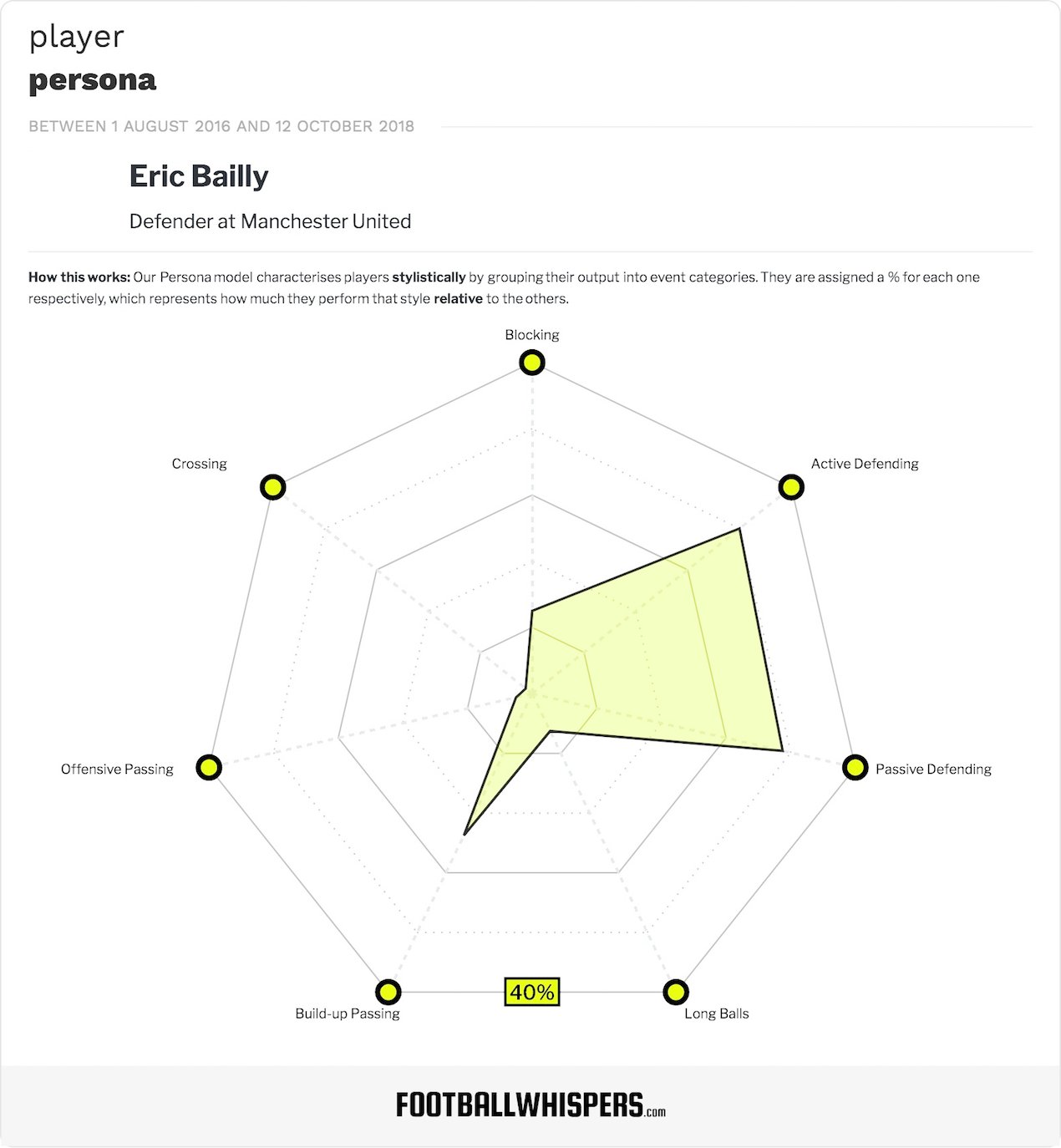 Lately, though, things haven’t been going as well. The 2017/18 season was disrupted by ankle surgery, which ruled him out for three months. When he did return, Bailly found himself below Chris Smalling, Phil Jones, Marcos Rojo and Victor Lindelof in the pecking order. That quartet, Mourinho argued, needed minutes more than Bailly ahead of their World Cup campaigns. Ivory Coast failed to qualify.

As such, Bailly played 90 minutes of United’s last Premier League game of the season but was an unused substitute in the FA Cup final defeat to Chelsea.

This season has brought further frustration. Having started the opening win over Leicester, Bailly was dropped after conceding a penalty in the defeat at Brighton for a senseless lunge on Pascal Gross, a rash act which drew stinging criticism from Gary Neville.

Bailly was left out of the squad for the following game as United fell to a humiliating 3-0 defeat at home to Tottenham. In fact, the next time Bailly started a league game was against Newcastle last week. Paired with Smalling at the heart of Mourinho’s back four, Bailly was hooked off after just 20 minutes following the Magpies’ stunning start.

United staged a stirring comeback to win 3-2 but Rio Ferdinand’s assessment of Bailly was withering. “I don’t see a way back for Bailly,” Ferdinand told BT Sport.

“The manager said in the last game he didn’t have players that could play the ball out from the back and he’s been made the fall guy here.”

Follow and RT to win a pre-match meal at @hotelfootballuk for you and a friend featuring a Q&A with a United legend. 🔴

The prognosis is bleak. Having reportedly angered Mourinho by withdrawing himself for selection in April due to illness, the Portuguese coach seems to have lost faith in him. That United finished that Newcastle game with Smalling and Scott McTominay, a midfielder, at centre-half reflects poorly on both Bailly and Lindelof, who combined have cost the club approximately £60million.

Lindelof has consistently struggled following his move from Benfica last summer but Bailly’s case is different. The Ivorian enjoyed a strong first year in Manchester, giving himself a foundation from which he could build. While injuries have played their part, his lack of discipline on the pitch has left Mourinho with little choice. 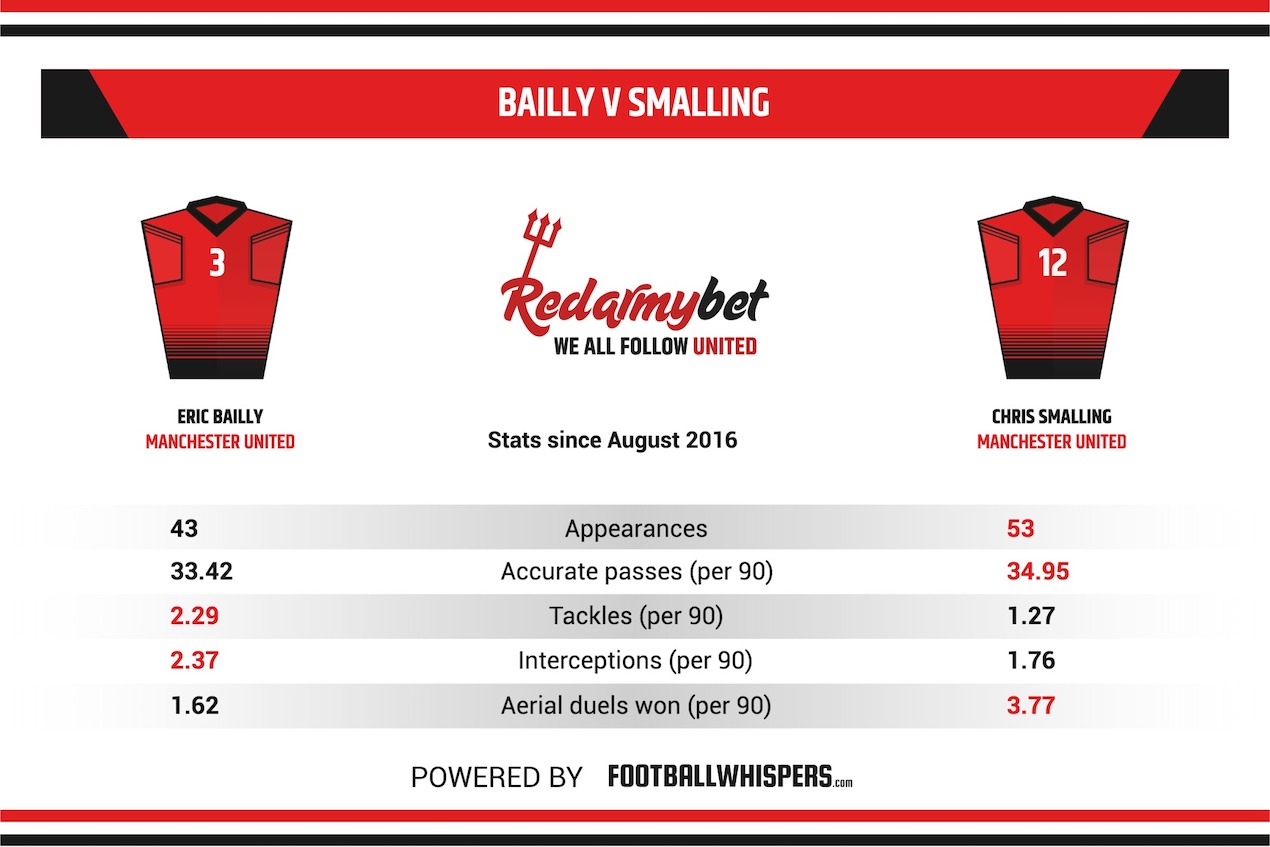 Against Brighton, not only was his foul on Gross ill-judged, it came shortly after Romelu Lukaku had got the Red Devils back to 2-1. Then, with a minute left until half-time, Bailly’s foul effectively cost his team the chance to salvage a point.

Then, in the Carabao Cup defeat to Derby County, Bailly switched off as Jack Marriott fired the Rams into a 2-1 lead late on. Bailly’s blushes were spared by Marouane Fellaini’s last-minute equaliser, but only temporarily, as United lost 8-7 on penalties.

The malaise that surrounds Bailly at United is incontestable. However, for Ferdinand to write off a potential resurgence is ill-considered. Last year, Luke Shaw’s United career looked dead and buried yet the left-back has re-established himself in the first-team. Likewise, Anthony Martial has at times found himself out of the team following sub-par performances. While the Frenchman is yet to add true consistency, he has at least shown signs that he is fighting for his United future.

United are currently 4.00 to win their Champions League group with RedArmyBet*

Then there is Alexis Sanchez, whose ineffective displays led to a stint on the bench. The Chilean, however, seized an opportunity by scoring the winning goal from the bench against Newcastle.

Bailly should take stock. With Mourinho attempting to engineer a turnaround, he needs players in which he can place his trust. It may seem like a long road at the moment, but it is a status Bailly, with his natural ability, can eventually achieve.