Where Juventus clash will be won and lost

The key battles in the Champions League crunch match.

The stakes will be high on Wednesday evening in Turin for Manchester United. A win for Juventus guarantees that they top the group and plunges Jose Mourinho’s team into a scrap for the second-place spot with Valencia and Young Boys.

This isn’t a big game that the Portuguese manager can take his usual approach of sitting back, content with a draw or snatching a win – United can’t take those kinds of chances.

Our friends at Football Whispers are here to explain where the match will be won and lost for United.

While United will have an fixture schedule-strength advantage over Valencia and Young Boys whatever the result of the match against Juventus, they’d rather not be in a position where they have to comfort themselves with the fact that both their rivals for progression to the next round still need to play the Serie A champions.

This isn’t quite the stance that Jose Mourinho seems to have taken, though.

“I think independent of the result, our next matches against Young Boys and Valencia are the matches that are going to define the qualification in the second position or to go to Europa League so tomorrow is a match we want to win. We want to compete.”

The fact that Mourinho seems to be resigned to finishing in second is perhaps a concern. If United managed to get a scalp in Turin, they’d be two points behind Juventus with two games left to play. The mentality of the manager may be one of the most important battlegrounds this Wednesday.

On the pitch, the solidity of Manchester United’s midfield will probably be the biggest factor in the game.

Too often, the core of the Red Devils’ team has been open to being countered through, opponents cutting through like the proverbial hot knife through butter. In some matches, it’s even worse than that – at least butter provides some resistance.

However, when the midfield is solid, it can be a real force to be reckoned with. While none of them are defensive powerhouses, all of United’s central midfield options are capable defensively. 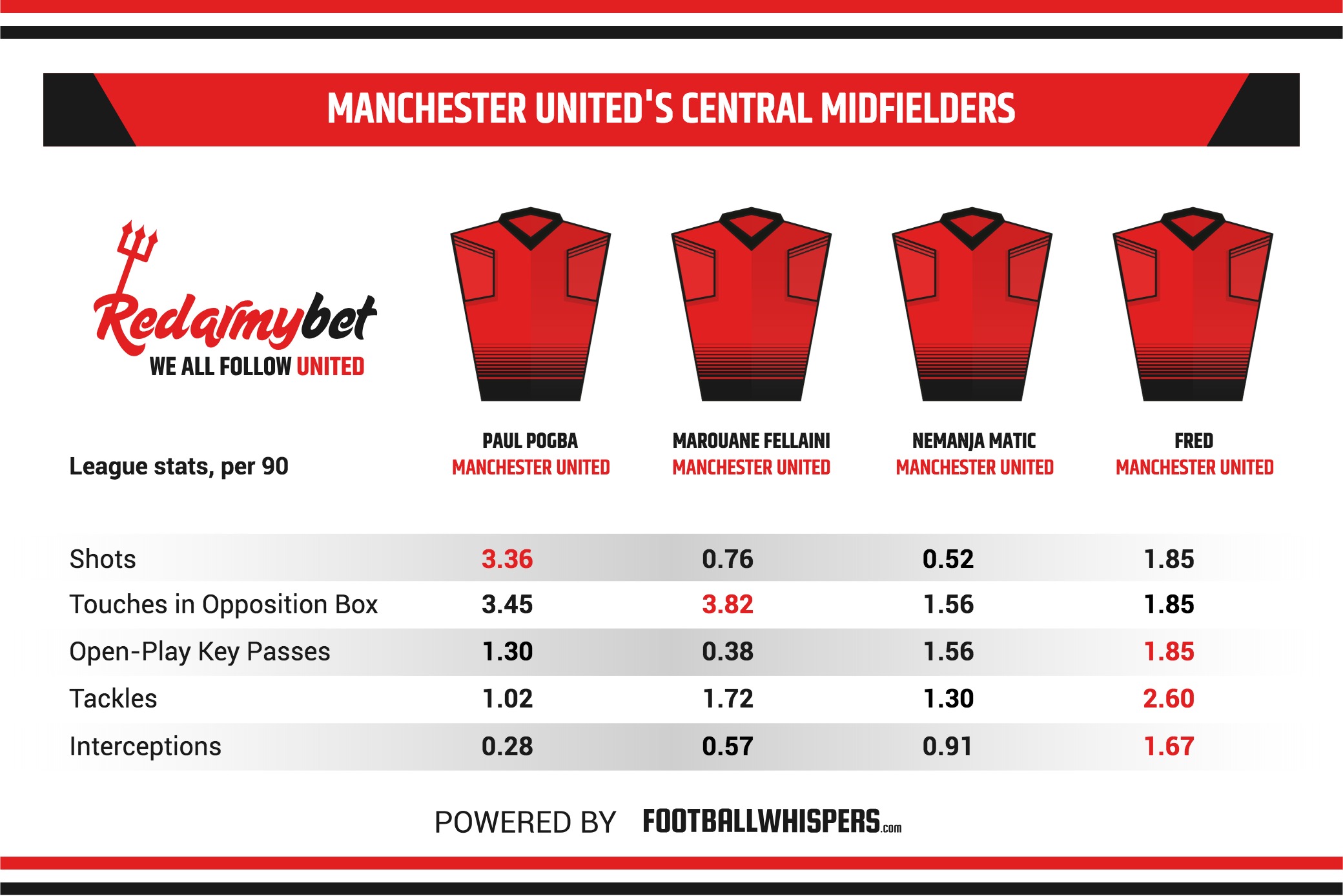 “We work every day to try, but the reality is that normally we don’t start matches well,” he said, “but if we don’t start well and end well that’s fine.

“It’s even good fun for the fans, but football is 90 minutes and, especially when your opposition is strong, if you give 45 minutes’ advantage or even 20 or even ten then you have a mountain to climb.”

Against a team like Juventus, he’s well aware of the danger that starting badly can put a team in.

“The good thing is lately, apart from the Juventus match, we were strong enough to climb the mountain and to change results in second halves and last minutes. But because we are speaking about tomorrow’s match when you play against a super team if you give advantage it is very difficult to climb the mountain then,” he added.

Manchester United past and present

The two players who have played for both clubs, Paul Pogba and Cristiano Ronaldo, are both their side’s key player on the pitch. They lead a host of statistics for their respective clubs, and both teams are a much less dangerous proposition without them at their best. 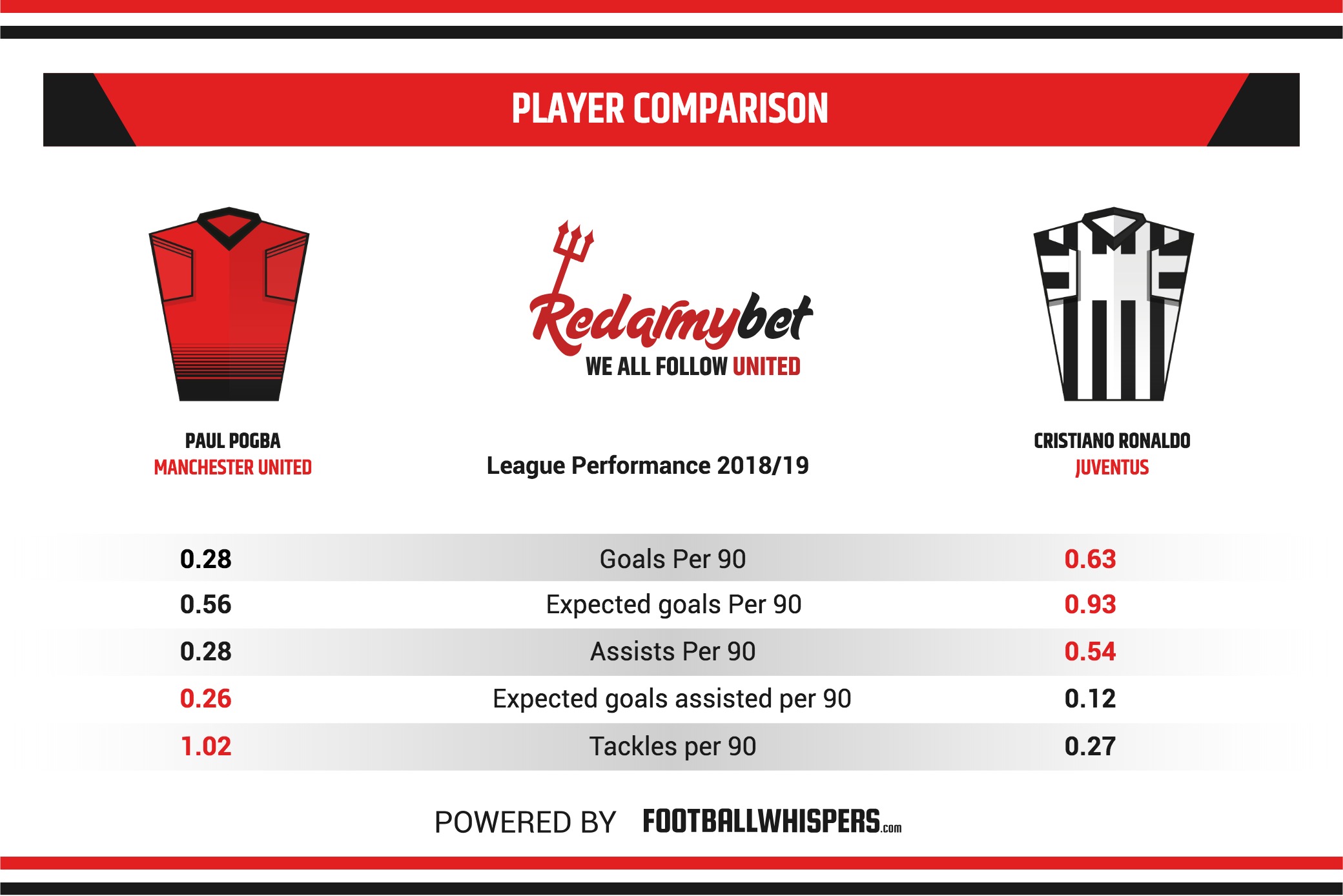 If Paul Pogba plays well, United tend to play well; and if United are playing well, it tends to be because Pogba is as well. He might not be as reliable as some fans would like him to be, but it’s a sign of what a key player he is that the team’s fortunes and quality of performances are so strongly linked to his own.

He hasn’t quite found his feet at Old Trafford like he once did at Juventus, but being back in Turin might help him. After all, he’s said himself that it still feels like home for him.

“To go back and play there will be a very good moment,” he said. “There’s a lot of emotion involved. It’s there that I developed as a player and so I have huge respect for the club.

“I also see it as being my stadium – I know I’m at home when I’m at Old Trafford, but I also feel very much at home when I return to Juve.”

But if Juventus are able to get Cristiano Ronaldo the ball in dangerous positions – perhaps after having cut through United’s porous midfield – Pogba’s quality might be little match.

United need to stay tight, compact, but crucially without losing their attacking edge. The worrying thing isn’t just that they haven’t done that much this season, it’s that their manager doesn’t even sound like he believes it’s possible.