No Neymar, No Cavani, but who are PSG’s danger men?

We pick out the five PSG players United will need to keep quiet. 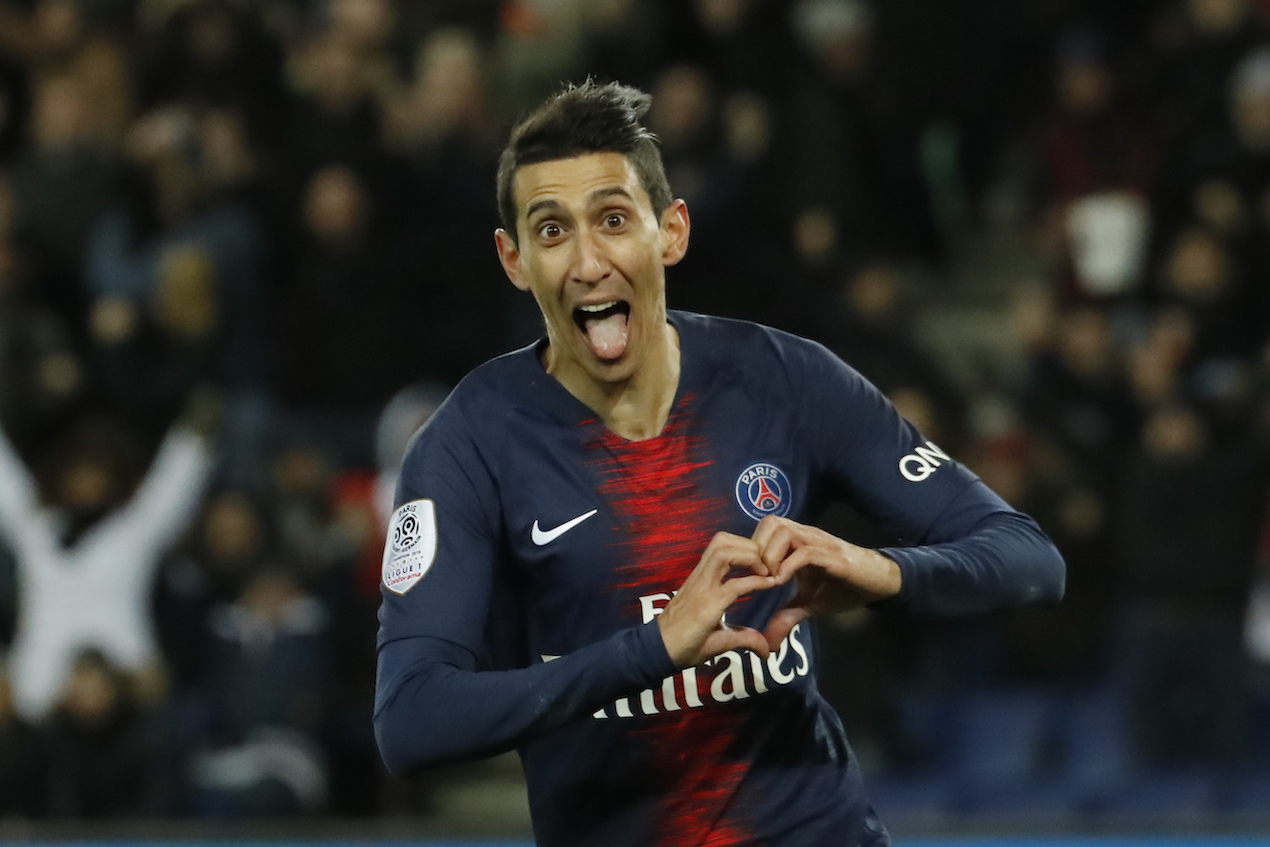 Paris Saint-Germain will be without superstars Neymar and Edinson Cavani for their Champions League last-16 clash with Manchester United, but the Ligue 1 champions will still be able to field a team packed with world-class talent.

Beaten only once in their domestic league this term, the Parisiens sit a full ten points clear of second-placed Lille with two games in hand. They average more than three goals per game and have conceded just 13 times in 22 matches.

Together, Neymar and Cavani account for 30 of the 68 goals PSG have scored in the French top flight this season and Thomas Tuchel will have to use all of his tactical acumen to ensure the duo’s injury absence doesn’t derail his side’s European ambitions.

And these five available stars are the players the German coach will be expecting big things from. If Ole Gunnar Solskjaer is to continue his unbeaten start to life as United boss, he’ll have to make sure these players are kept quiet.

A familiar face at Old Trafford, Di Maria’s British-record £59.7million move from Real Madrid to United in the summer of 2014 promised great things.

The Argentinian was fresh off the back of a man-of-the-match display in a Champions League triumph for Los Blancos and was key in his national team’s run to the World Cup final; had he not been injured for that final against Germany, Argentina might well have three World Cups to their name instead of two. 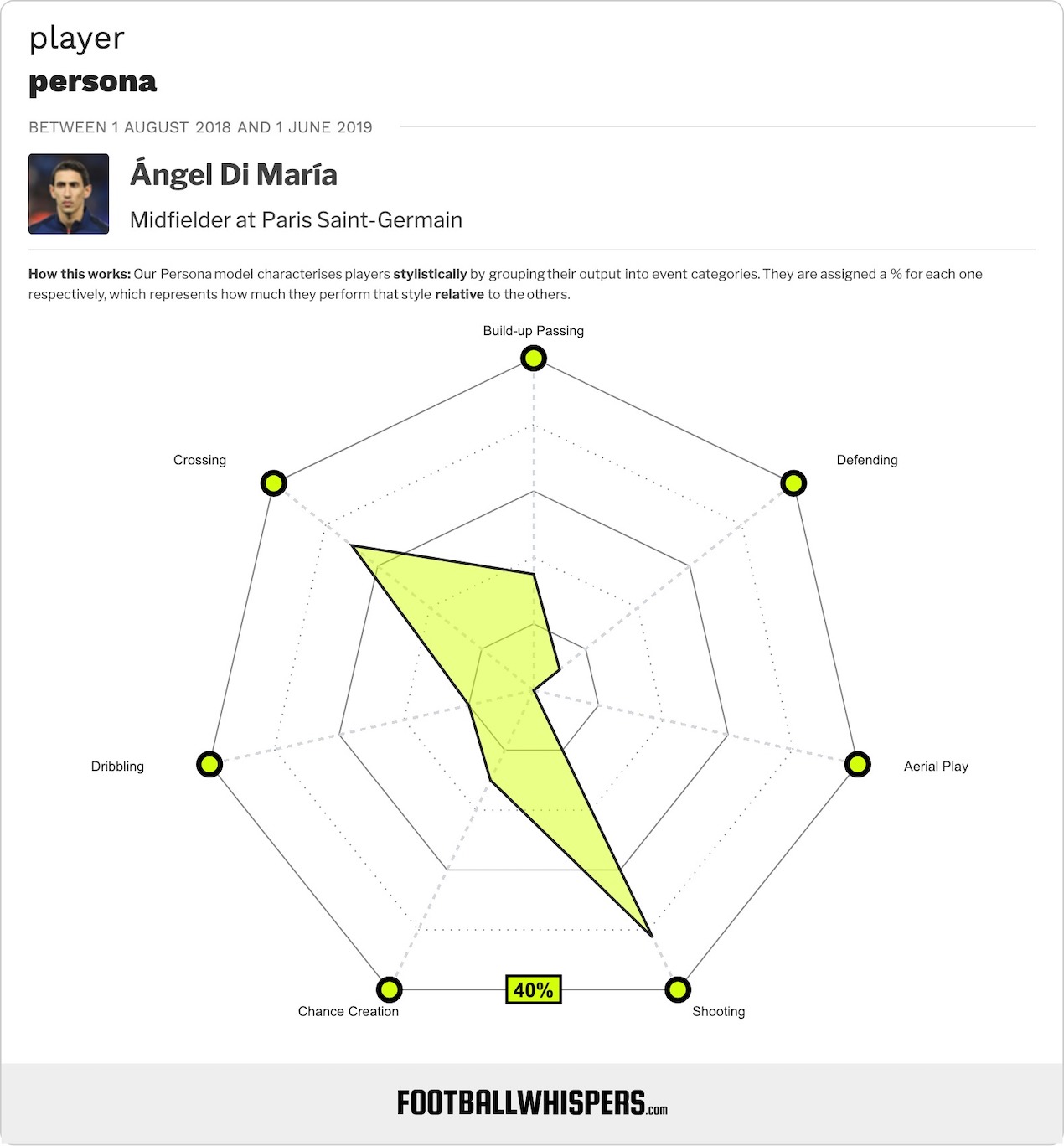 And he started brightly following his switch to United, justifying his price tag in his first month with the club. But things quickly went south after a break-in at his home seemed to unsettle Di Maria off the pitch and his on-field performances deteriorated.

After one season at Old Trafford, Di Maria had mustered just three Premier League goals and was sold to PSG for £44m.

Now in his fourth season with the French side, Di Maria remains a key player at the Parc des Princes, contributing seven goals and nine assists across 24 starts in Ligue 1 and the Champions League.

At 30, his peak may be slightly behind him, but Di Maria is still one of the most effective wingers in Europe. A fine dribbler and reliable creator of chances, it is the former Benfica man’s workrate which makes him so crucial for this team of assembled superstars.

United are 2.15 to qualify for the Champions League quarter-final*

He only turned 20 in December but it already feels as though Mbappe has “completed” football. He was a the breakout star of Monaco’s remarkable Ligue 1 triumph and run to the Champions League semi-final in 2016/17, aged just 18.

He retained the French top-flight title after a move to PSG the following season, adding the World Cup with France last summer, a summer in which he also became the second most expensive player in football history – trailing only team-mate Neymar’s £198m move from Barcelona – when his loan switch from Monaco was made permanent for £160m.

Mbappe is PSG’s top scorer this season in Ligue 1 with 18 goals, and he’d be among the biggest concerns to United even if Neymar and Cavani were fit.

Already one of the best and most frightening forwards in the world, Mbappe is PSG’s danger man.

Verratti is reportedly available for selection on Tuesday night, but the Italian playmaker can hardly be considered 100 per cent fit.

The midfielder has played just four times since the turn of the year, with his 59-minute run-out in a 1-0 victory over Bordeaux at the weekend his first appearance in three weeks and he hasn’t completed a full 90 minutes since December 5.

Injuries have restricted Verratti this season, but even if he is only 80 per cent fit he will be a player United must not underestimate.

One of the finest pass-masters in the game, Verratti is a world-class operator who has the Xavi-like ability to control games and bend them to his will, slowing and quickening the tempo as he sees fit.

Marcus Rashford is 5.90 to be first scorer in United vs PSG at Old Trafford*

He may exist in the shadows of Neymar and Cavani at PSG, but German attacker Draxler is a supremely gifted player in his own right, a top-flight regular since his emergence at Shalke as a 17-year-old and linked with a move to the Premier League numerous times since.

Still only 25, Draxler has been capped 49 times for Germany and was part of Joachim Low’s 2014 World Cup-winning squad.

Able to play anywhere across the second line of attack, Draxler is strong off either foot, a fine dribbler and inventive and unorthodox in the ways he unlocks opposition defences.

A knee injury forced Alves to miss last summer’s World Cup and ruled him out from the early months of this season, meaning he only has six Ligue 1 starts to his name heading into the last-16 showdown at Old Trafford.

And, at 35, the former Barcelona and Juventus full-back lacks the dynamism that once characterised his game.

But Alves is an intelligent player with outstanding technique and vision. Having won every trophy club football has to offer, his experience is invaluable to PSG, as is his versatility, with reports in France predicting he will start on the right wing on Tuesday night.

Anthony Martial is 2.85 to score any time vs PSG at Old Trafford*