The best teams in the modern game have always been direct representations of their managers, a model Jose Mourinho helped popularise.

Stubborn, belligerent, obdurate winning machines; his finest versions of Porto, Chelsea, Internazionale and Real Madrid were unlikeable from the outside but charmed in their ruthless dedication to achieving success, just like the man controlling everything from the dugout.

But at Manchester United, that process has broken down. Yes, there has been the Europa League and EFL Cup. But after 123 games in the job, the Red Devils are not a Mourinho team. At best they’re a pale imitation of one.

Are Mourinho’s methods now outdated? Or are the players at his disposal of requisite quality? Has the Portuguese been supported sufficiently from above against the backdrop of Manchester City’s looming domination of English football?

Our friends at Football Whispers delve into the issues at the heart of Manchester United and assess who’s to blame.

The problem with such an all-encompassing manager is it’s always about them. Whether by accident or deliberate narcissism (and it’s pretty clear which is the case in this instance), their persona inhibits the club for better and worse.

The Portuguese is a pragmatic coach who doesn’t care much for creating any kind of legacy beyond bringing trophies to a club. When he’s producing results, fans can live with a lack of entertainment. After all, everyone likes to be winner.

But when he’s not, it begins to become problematic. Not only is the overall tedium of the football exposed, it starts to change Mourinho’s demeanour and attitude. He’s a serial winner so by design hates losing, to the point of it changing his personality. 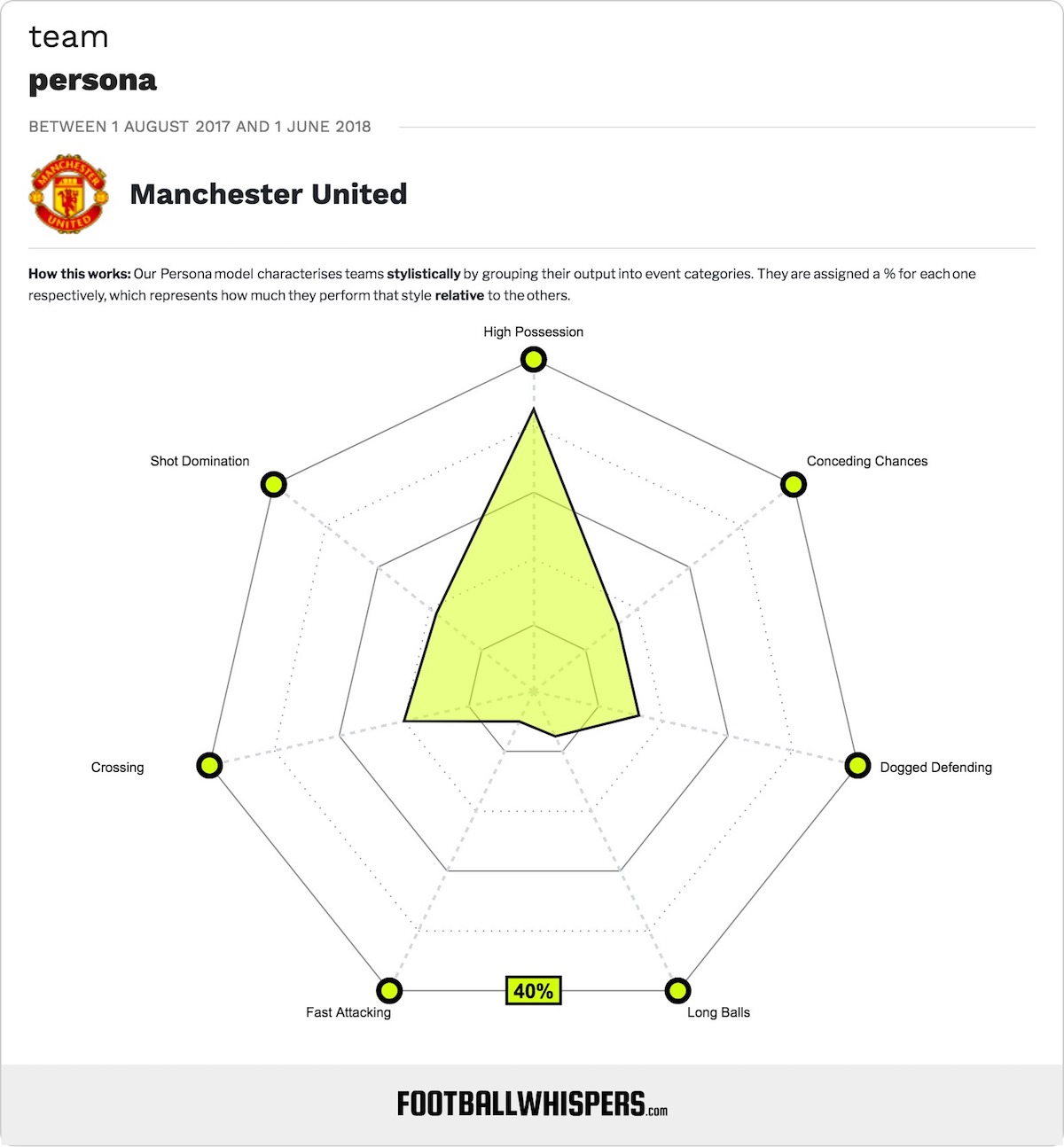 United’s on-field misery can be correlates directly with their manager’s own mopey behaviour, verging on teenage angst. It started in the summer and has only heightened as the season’s begun; it’s visible in his press conferences and how his players are performing.

After two seasons he’s yet to find a centre-back pairing he can trust, is using full-backs converted from wingers out of necessity from Sir Alex Ferguson’s time, has alienated two of the club’s brightest prospects in Luke Shaw and Anthony Martial, cannot summon the best versions of Paul Pogba and Alexis Sanchez and another shining light in Marcus Rashford is treading water.

These are all international footballers, though, and with the exception of David de Gea and Nemanja Matic are not playing at the level they were before they worked with Mourinho.

A simple hypothetical question which places his reign under greater scrutiny is: how would Pep Guardiola do with these players?

Mourinho was appointed as a superstar manager to reaffirm United’s status as a club in Europe’s elite, a proven winner over a decade at the top, who delivers results.

However, while that methodology was sound on the surface, especially given Ed Woodward’s leaning towards running United on increasingly global corporate levels, but it is a flawed logic.

The idea of Louis van Gaal steadying a sinking ship after David Moyes hadn’t quite worked but instead of bringing in a coach to reform and rebuild, Woodward signed a win-now manager who, Porto aside, has tended to require solid foundations to be in place before delivering success.

Paul Pogba is priced at 8/1 to score first vs. Burnley with RedArmyBet *

United have flexed their financial muscle but a lot has been misplaced and many of the issues that contributed to Moyes’ demise still remain. Which, for a club of near-limitless resources is staggering.

As mentioned, defensively they are a mess. Bailed out by De Gea last season. Money has been invested in Eric Bailly and Victor Lindelof but the only full-back signed during Mourinho’s reign has been Portuguese teenager Diogo Dalot who is nowhere near the first-team.

The last-minute deal to bring Martial in from Monaco in 2015 looks even more misguided than it did on the day, and has come to represent Mourinho’s unwillingness to experiment or nurture talent, while the decision to sanction the addition of Sanchez on such huge wages looks increasingly like a case of oneupmanship over City more than a prudent transfer decision.

Woodward has been quick to make it known via his briefings the club were concerned by the lack of value in Mourinho’s transfer targets this summer, which is fair enough, but what was he expecting when he appointed the ultimate short-term manager two years ago? 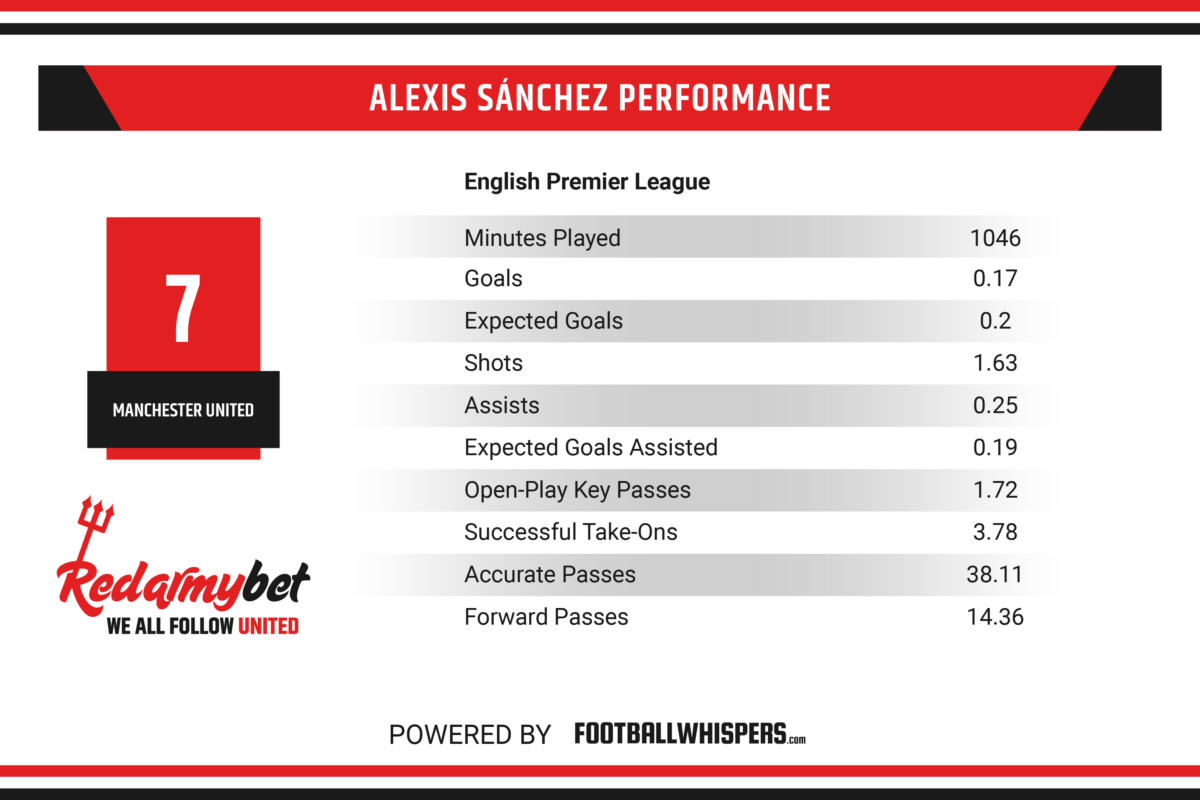 When a team is struggling it’s the manager bears the criticism but it’s the players who are not performing. For all the talent in the United dressing room, which individuals have stood out and taken it upon themselves to dig the team out of its crisis?

Pogba walked the walk in France but despite a tactical switch by Mourinho to try and mimic the 4-3-3 he prospers in for Les Bleus and did with Juventus, he’s still struggling to dominate Premier League matches.

Sanchez has been so bad, sooner or later he’ll be considered among the worst Premier League transfers of all time. Lindelof is looking like another disaster, while senior professionals such as Juan Mata, Ashley Young and Matic have played within themselves.

United are looking devoid of leaders and character which, to his credit, Mourinho alone is still showing some semblance of.

Shaw admitted post-Tottenham the players have to take some responsibility but was that a genuine admission or just lip service? Because, when so many players are not performing and with such troubling consistency, it has to be more than just the individuals.

Back Lukaku to score a header vs. Burnley at 14/1 with RedArmyBet *

There is clearly systematic and structural failure at United, the discord and lack of strident decision-making filtering onto the field. An uncertain club playing uncertain football.

Amid all this, it has to be noted that the work Guardiola is doing at City has heightened the failings of United in the Mourinho-era. The Catalan may be more committed to “joga bonito” than Mourinho but his team still produce that kind of suffocating domination the Portuguese once made his stock-in-trade.

As City get better it only makes United appear worse. As City attack with such a thrilling sense of abandonment under Guardiola and United toil to create chances, it makes Mourinho appear a relic.

There is also the freedom Guardiola has been afforded to spend in the market. Claudio Bravo wasn’t good enough, so he brought in Ederson. The transfer record was twice broken in the space of ten days with the arrivals last summer of full-backs Kyle Walker and Benjamin Mendy.

On one hand it’s given Mourinho a point of reference to show Woodward what they’re up against. Then again, it’s also helped form an excuse, one that is easy to see through.

United’s net spend since 2016 is £315.08million to City’s £398.71million and, although there is a gap, the fact is Guardiola has invested wisely with a plan for the present and future. Little of which has been apparent at United under Mourinho.

Is time running out for United’s skipper?