The 33-year old has earned respect the hard way. 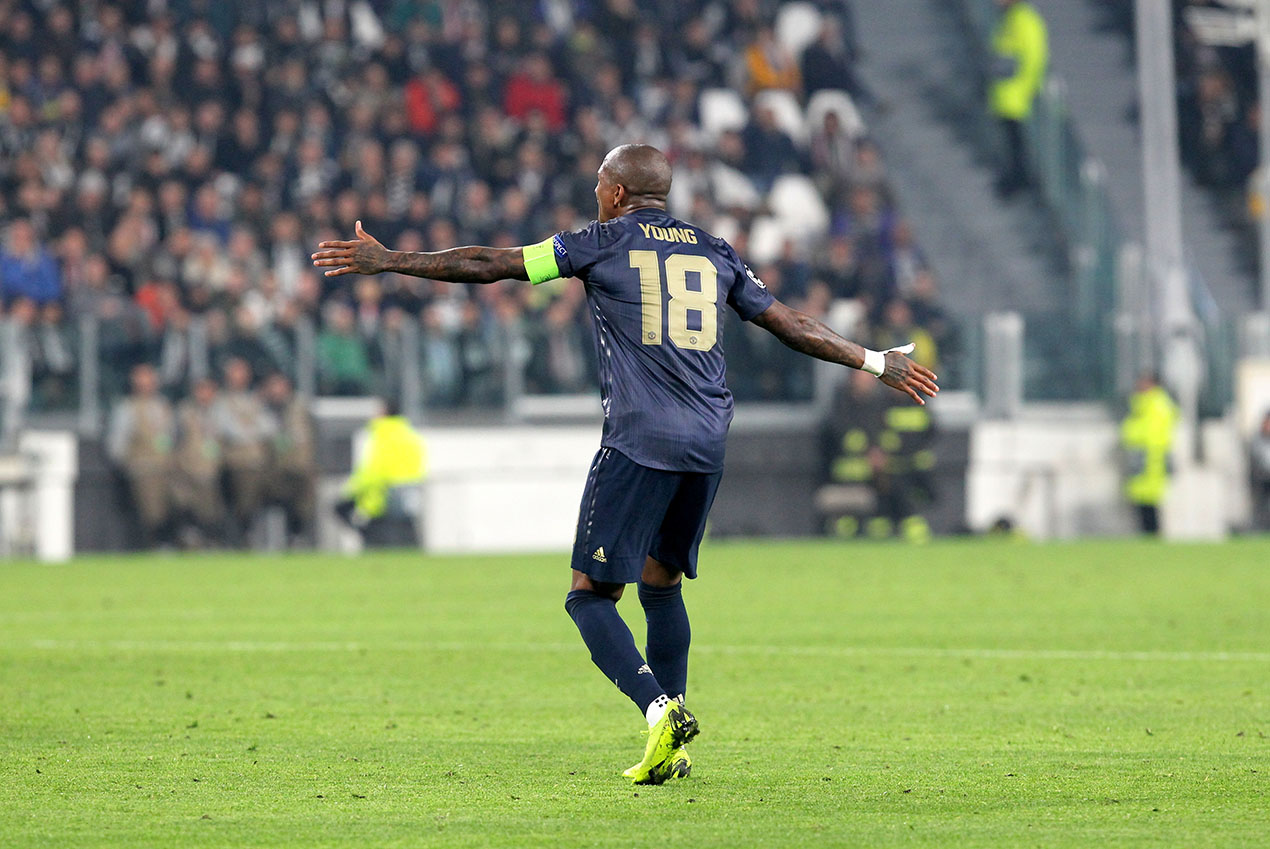 The focus, for much of this season, has been on negatives at Manchester United. They have made a slow start to the season, sit in eighth place in the Premier League with a -1 goal difference, and Jose Mourinho has appeared increasingly fraught.

But it has not been all bad. There have, despite several disappointing results, been some impressive individual performances. Ashley Young, in particular, has excelled at right back, a position he has quickly made his own. Our friends at Football Whispers are here to explain why he deserves more credit.

Out of position, but in the team

The 33-year-old is not a natural full-back, though anyone watching him for the first time this season would assume he has always played in the position. He is as competent defensively as he is offensively, able to move up and down the flank with energy and intelligence.

He is influential, too, as a leader, as the club’s stand-in captain in the absence of Antonio Valencia. In a Manchester United defence that has looked vulnerable throughout the season, Young has performed consistently. Without his presence at the back, things may well have been even more chaotic.

It is not surprising, then, that the club are keen to extend Young’s contract. He has been at Old Trafford for seven years now, since joining from Aston Villa in 2011. He is one of Manchester United’s longest-serving, and most reliably performing, players.

There is a feeling, though, that Young does not perhaps get the recognition he deserves. Maybe it is the nature of his position. Full backs rarely receive the most plaudits, and their contribution can often be overshadowed by that of their attacking teammates. Young, though, is an unquestionably valuable part of Mourinho’s team.

The England international, who arrived at Manchester United as an attacking winger with the sole purpose of creating and scoring goals, was first moved to full-back by Louis van Gaal. That was just to deputise, but Mourinho, who replaced the Dutchman in the Old Trafford dugout, saw something. Young has since played at left-back and right-back and grown impressively accomplished in either role.

This season, he has played primarily on the right, filling in for Valencia. When the Ecuadorian returns to full fitness, though, he will likely struggle to regain his place. Mourinho is clearly an admirer of Young, who brings dependability and versatility, and a level of discipline that fits perfectly with his coach’s ethos. 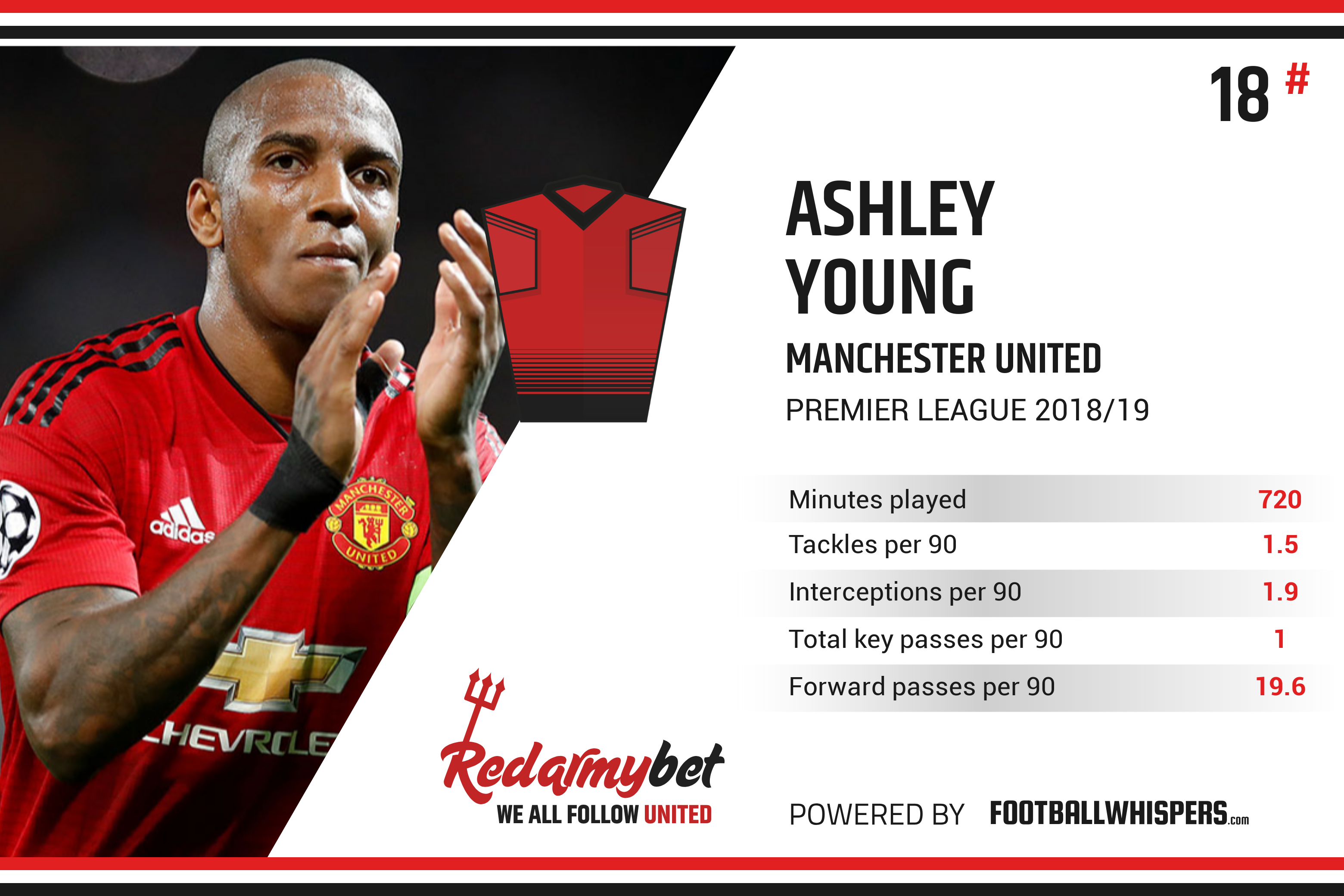 Naturally, he is a threat when he ventures forward, too. Young has, so far this season, created 0.25 big chances per game, and made an average of 0.37 key passes from set pieces per 90 minutes. His inherent attacking instincts do not impede him defensively, though. He averages 1.87 interceptions, and 1.5 tackles per game.

It’s clear why Mourinho persists with Young in the position, even when there have been calls from some to replace him with a more natural right-back. The former Villa man offers a welcome balance between attack and defence, and a level of experience that appears necessary in a team that have, at times this season, looked naïve.

And Young’s longevity should not be taken for granted. At 33, he is no longer a young player. But he still plays with a youthful vigour, with the energy of a player ten years younger. That he has been able to reinvent himself in a new position in the latter stages of his career should be commended. So too should Mourinho’s decision to play him regularly at full back.

Young, of course, will not go on forever. Manchester United will eventually need to replace him. But Mourinho does not appear in any rush to do so. Young’s contract expires at the end of the season, but talks have begun over a one-year extension. He is still valued at the club, and still has a part to play in the remainder of this campaign.

Aside from what he brings on the pitch, there is a feeling that his experience will be important as Manchester United look to navigate a difficult period. Young is now a senior member of this team, and his influence on younger players, particularly at a time when pressure is high and criticism is constant, could be key.

Perhaps if Manchester United had started the season better, more recognition might have come Young’s way. But his ability to stand up during difficult moments only heightens his importance.

A contract extension would be a well-deserved reward for his consistency and loyalty over the last seven years.

Why old-timer Young should be England’s No.3