At this stage in his Manchester United career, with two years under his belt and Champions League football now a regular fixture, it’s not unreasonable to suggest that Jose Mourinho should be gearing up for the upcoming campaign with laser-sharp focus, and a clear vision of how his team will play their way through the next nine months of football.

Yet the manager’s comments, and his generally dour demeanour so far during this current pre-season tour of the United States have combined to paint a picture of a man who is deeply at odds with his current situation.

Mourinho’s present issues have been covered in plenty of depth, and his decisions will certainly continue to receive much scrutiny if this season falls into disrepair, but, as with any complex situation, there’s more to the Portuguese’s grouchiness than meets the eye.

Chief amongst his issues appears to be United’s recruitment issues, and that should generate some sympathy.

Reinforcements at left and right back were both seen as a priority at the start of this summer, which seemed wise; on the right of defence, the Louis van Gaal-purchased Matteo Darmian has floundered for two seasons, and Antonio Valencia’s age (32) mean that both able cover and a future replacement are needed.

The purchase of Diogo Dalot has certainly helped, but the Portuguese is hugely inexperienced in top-level football, and will require time to adjust to the rigours of Premier League football. Ashley Young and Luke Shaw will likely start the season as Mourinho’s options on the left of defence, but the former is 33 years of age, whilst the former’s United career has yet to take off in four years. Neither option screams solidity or certainty.

The right-hand side of attack was frequently problematic last season, and both Gareth Bale and Ivan Perisic have been mentioned as potential options, yet the former is almost certain to remain at Real Madrid after Cristiano Ronaldo’s move to Juventus, and United were reluctant to bring the latter to Old Trafford last year for the quoted price of £50m due to the player’s age, and thus limited resale value.

The 29-year old’s transfer fee will only have risen since a starring role in Croatia’s World Cup campaign, making his capture from Inter Milan even less likely if United were quibbling over a few million pounds twelve months ago.

You can understand Ed Woodward’s position, to a certain extent. United’s executive vice-chairman does not wish to get taken for a ride when it comes to transfer fees, and clearly wishes to project an image of a strong negotiator.

Two issues undermine that; firstly, United’s pockets run deeper than almost any other club on the planet, and his famous proclamation of this club being able to do things in the transfer market that others can only dream of still looks remarkably misguided, almost baying clubs to raise their prices as a result.

Selling players has often been an issue over the last few years, as United have had to offer higher wages in order to coerce them to sign with no Champions League football or evident Premier League title challenge to offer. Moving the likes of Daley Blind, Matteo Darmian and Shaw has become more complicated as a result.

Mourinho has wanted several players to be sold during the course of his two years at the club, but frequently United struggle to do this, primarily because buying clubs will struggle to match those wages. And why do United have so sub-standard players? Because of a combination of a lack proper investment over the years coupled with Van Gaal’s ill-advised purchases. The team is still paying a price for those missteps.

Sooner or later, United’s hierarchy must come to terms with the fact that a club with means such as this, with an ability to make money out of everything from a t-shirt to a toilet brush is going to have to pay more to secure top talent.

That’s without getting into the fact that the club’s spending is way, way down from last summer.

Admittedly, this could drastically change before the transfer window closes, but combined fees of £147.96m for Victor Lindelof, Romelu Lukaku and Nemanja Matic look far less impressive alongside this year’s haul of Fred, Dalot and Lee Grant for £74.43m. Now that Mourinho has re-established United as a Champions League side, will the Glazer family allow the manager to continue to seriously strengthen the side? Or are the financial benefits of reaching Europe’s biggest cub competition enough to satisfy their appetite for success, and will the club’s owners put a stop to necessary spending unless a signing ends up being a PR goldmine?

United are 7/1 to win the Premier League

Given how United’s transfer dealings have only made serious use of the vast sums of money that the club generates in the last few years, one would suggest that now stability has been achieved, the purse strings may tighten once again, as they once were prior to Sir Alex Ferguson’s retirement.

Woodward’s desire to add another star signing to United’s ranks is far from surprising, but it’s hardly helpful to Mourinho that the club would be willing to break the bank for the likes of Bale should he be available, but the £100m+ that would be required to seal his signature can’t be used for other players if he isn’t. 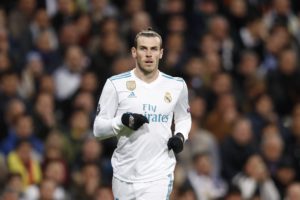 Could Bale depart from Real Madrid?

Surely, if the Welshman cannot be brought in, as presently appears to be the case, then that money should be available for the Portuguese to spend on other targets, not in some special, sealed chest jar marked “MONEY FOR SUPERSTARS ONLY.” United’s transfer strategy has long-been unfocussed, scatter-gunned and lacking any real planning, and until Woodward releases his iron grip on the process and the club employs a director of football, it’s unlikely to improve.

Admittedly, the Portuguese could be perceived as failing to help himself with some of the targets that he’s intent on bringing to Old Trafford this summer.

Tottenham Hotspur’s Toby Alderweireld and Chelsea’s Willian are both firmly rooted in their late 20s, and are unlikely to reach a hitherto unexplored level of quality; given the size of the fees that United are being quoted with, it’s no surprise that the club are reluctant to break the bank for someone that they won’t be able to get a decent fee for in couple of years.

For all of the latest Premier League odds visit RedArmyBet.com

Yet the price for success under Mourinho was always going to be steep. He builds with one eye firmly on the now, which shouldn’t be news to anyone.

Should the club fail to deliver what their manager requires, this season could turn particularly volatile very quickly, and Mourinho will feel only utterly vilified in his anger.

Chelsea fans will tell you how bad things can get when the formerly Special One is at his most toxic, and United are playing a dangerous game by gambling the futures of several of their talented players against Mourinho’s penchant for destructive behaviour.

Ultimately, it all comes down to how successful the board, its owners and Woodward genuinely want United to be; if they want to reach the heights of yesteryear, challenge for the Premier League title and conquer Europe again, then giving Mourinho what he wants is a big step towards that. If the club is content to aspire as opposed to achieve, then the risks, be that a Mourinho meltdown or a clutch of United’s biggest stars wanting out of Old Trafford speak for themselves.

RedArmyBet are the only bookmakers who promise to share 50% of net profits directly with United fans.