It's the 65th Women's PGA Championship and with many of the top players in fine form, the latest major at Hazeltine has the potential to be among the most intriguing yet.

Hazeltine National Golf Club is no stranger to the game’s most prestigious events, having hosted the Ryder Cup, the PGA Championship and U.S. Open, but a new chapter is being written this week as the Women’s PGA Championship comes to Minnesota.

Brooke Henderson will be looking to secure her second win in a week and her third victory of the season at the Women’s PGA Championship having already claimed the Lotte Championship in April.

Henderson became Canada’s most successful professional golfer with a one-shot victory at the Meijer LPGA Classic at Blythefield as the 21-year-old hit a two-under 70 at Blythefield Country Club in Grand Rapids, Michigan, to finish on 21 under, one stroke ahead of a four-way tie for second.

Henderson now has nine LPGA victories to her name, giving her the most wins for a Canadian golfer on either the PGA or LPGA Tour.

Lexi Thompson is in the midst of a spectacular month of form going into the second major of the season as she claimed the Shoprite LPGA Classic only a week after she finished in a three-way tie for second behind Henderson at the U.S. Women’s Open in Michigan. 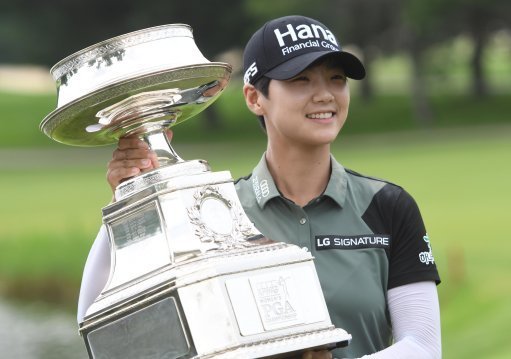 Thompson has only enjoyed a solitary major triumph in her career which came in the form of the 2014 ANA Inspiration which is a total not befitting the American’s immense talent, and it would be a surprise to no one to see the 24-year-old double that tally on Sunday.

Aside from Thompson, American hopes will likely rest with the Korda sisters – Jessica and Nelly – while former winner Danielle Kang won this trophy at Olympia Fields in 2017 and knows all too well what it takes to land a major.

Defending champion Sung Hyun Park arrives here without a top ten finish since March, but her power off the tee is sure to be an advantage at Hazeltine with its long and unforgiving fairways while Japan’s Nasa Hataoka came agonisingly close to winning on the LPGA Tour at the weekend and two-time major champion So Yeon Ryu is always a threat in these marquee events.

A number of European players will be looking to land strong performances here ahead of the Solheim Cup at Gleneagles this autumn, not least Carlota Ciganda, Bronte Law and Charley Hull, who will likely be involved as they look to regain the trophy in September.