Simona Halep in action on day two of the Wimbledon Championships at the All England Lawn Tennis and Croquet Club, Wimbledon.

This tournament is the best-attended tennis competition after the four Grand Slams and has the second-largest permanent tennis stadium in the world behind Arthur Ashe at Flushing Meadows. It became a Tier One competition back in 1997, though the Williams’ sisters didn’t compete due to their boycott from 2002 to 2016 after alleged match fixing.

Naomi Osaka will hope she has more luck at this tournament as world no.1 than her first attempt. She lost to Kristina Mladenovic (2017 semi-finalist here) in Dubai and as luck would have it, she faces the same opponent first up again.

Aussie Open semi-finalist Danielle Collins also resides in her section and the American knows a thing or two about beating the top players with three top-20 wins in that impressive Slam run.

Belinda Bencic is guaranteed a competitive second round with either Budapest champion Alison Van Uytvanck or Alison Riske, but she should still have enough to fend off their challenges.

In fact, if the Dubai Open champion can recreate her form at the tail end of last month then she’ll fancy her chances against 2011 Indian Wells champion Carolina Wozniacki in a potential third round meeting.

The bottom-half of this quarter is much less competitive with seeded players Anastasija Sevastova, Anett Kontaveit, Donna Vekic and Karolina Pliskova, and one which the latter should breeze through. 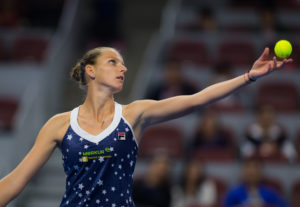 Petra Kvitova anchors the second quarter and no player has won more main draw matches than her so far this campaign; making the finals in Melbourne and Dubai, to go with her Sydney Open title.

Her challengers come in the form of Madison Keys, who is playing in just her second tournament of the season, and Aryna Sabalenka, who is in yet to defeat a top-50 opponent this season and has a potential third round meeting with world no.28 Lesia Tsurenko.

Angelique Kerber leads the charge at the bottom of the quarter. The German is yet to find her form of last season but is an expert at going deep in this tournament with two semi-final visits in her career, while her last two attempts have seen her in the fourth round (2017) and Quarters (2018), and so we wouldn’t write her off. 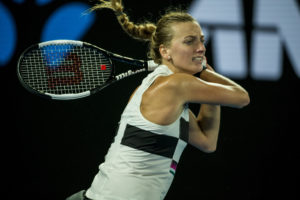 Moreover, there’s also the likes of Victoria Azarenka, a two-time champion here who has a scheduled second round meeting with Serena, while the misfiring Jo Konta also finds herself in the mix.

Stephens may fancy her chances as she sits in the bottom-half of this quarter with a fairly unscathed path to the fourth round where her most likely opponent will be 16th seed Mertens. 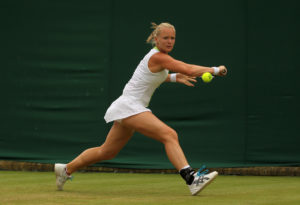 A repeat of last week’s Mexican Open final is on the cards as both Sofia Kenin and Yafan Wang battle it out in the opening round. Elina Svitolina will face the winner and although she will still be a strong favourite against whoever she plays, the Ukrainian certainly would’ve preferred an easier draw.

Caroline Garcia could have trouble again in the form of Jennifer Brady who beat her in Dubai, while the American was runner up in the Challenger event here last week.

Ash Barty has not played since the first Slam of the year, a preparation she took last year only to get knocked out in her opener. However, if the Aussie can start well, she loves the outdoor hard courts and could be one to watch if she gets some momentum.

After being dealt some gruelling early round matches so far this year, Simona Halep has finally received a kind draw. Her likely fourth round challenge will come from last years’ runner-up, Daria Kasatkina, or Dubai quarter-finalist, Viktoria Kuzmova, with the other seeded player in this section Jelena Ostapenko still way off the pace.

No women has won back-to-back titles here since it became a Tier One tournament and given Osaka’s recent change of coach, she looks too short in the market for us. Instead, Karolina Pliskova peaks our interest as a two-time semifinalist here, while she’s also been in good form this season, winning 13 of her 16 matches so far.

The only question that remains over Kvitova’s chances is her ability to perform in the heat. Fortunately for her the forecast is for predicted highs of 24 degrees until the final weekend and surrounded by misfiring seeded players, we have to get her onboard.

The third quarter may well contain the eventual winner but given the number of high-quality players, we’d rather sit back and enjoy the tennis than get involved.

Ashleigh Barty looks to be the pick of the top-half of the final-quarter. The Aussie has only lost to Kvitova this year (W8-L2 overall), but she’s likely to face Halep in the quarters, whom she has a losing record against (W1-L2).

The Romanian is starting to return to the kind of form that saw her ranked as the best player on tour for the majority of last season. She’s only lost just three times this year – against eventual tournament winners Mertens and Bencic, as well as Serena Williams in the Australian Open – and with a favourable draw, she has a great chance of adding to her 2015 title here.